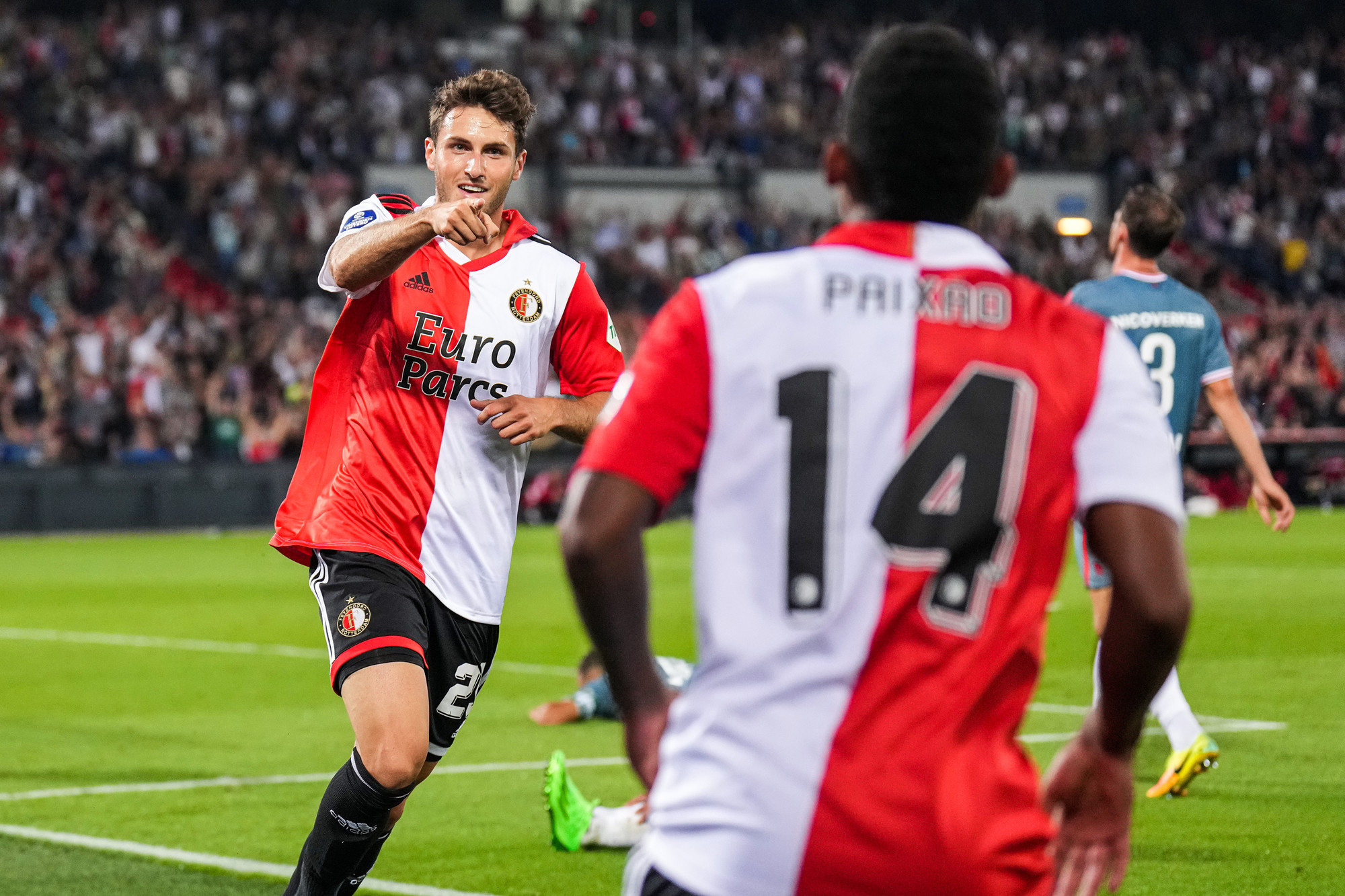 FutMexNation is here to bring you an update on our favorite extranjeros as they continue with their tremendous form for their clubs.

Santi Gimenez has had an astounding amount of success since joining Feyenoord. The striker had himself a week as he secured a brace midweek during Feyenoord’s Europa League Matchup. He would continue with his great form in their matchup against Sparta Rotterdam. Santi came off the bench in the 63rd minute for Danilo and just 10 minutes later, Santi scored his second goal in the Eredivisie to make it a 3-0 game for Feyenoord. Along with his goal he also had an additional shot on target, won one duel, and had 3 precise passes along with a 100% passing accuracy. Gimenez and company will now shift their focus to the Europa League as they will face off against SK Sturm Graz.

Jorge Sanchez continues to improve with each and every minute he plays with Ajax. He would make his presence felt on the scoreboard for the first time this season. Sanchez would get his first assist in European football when he helped Mohammed Kudus secure the fourth goal of the game. Apart from the assist Sanchez would have two clearances, two interceptions, won one duel, had one key pass, had two shots off target and had 21 precise passes along with a 84% passing accuracy. Ajax continues to dominate the Eredivisie and they currently sit in first place with 18 points.

Ajax 5 – 0 Heerenveen ( Edson Alvarez played 60 minutes in his team’s victory. He would have three key passes, completed two long balls, won three duels, and had 47 precise passes along with a 92% passing accuracy. )

Napoli 1 – 0 Spezia ( Hirving ‘Chucky’ Lozano played 33 minutes in Napoli’s tight victory. He would have a shot off target, missed a big occasion, won two duels, was fouled twice, and had 7 precise passes along with a 87% passing accuracy. With this win Napoli currently leads the Serie A with 14 points.)

Atalanta 1 – 1 U.S Cremonese ( Johan Vasquez did not see action and would watch his team’s draw from the bench.)

PSV 1 – RKC Waalwijk ( Erick ‘Guti’ Gutierrez played 71 minutes in PSV’s last minute victory. He would have 53 precise passes along with a 89% passing accuracy, he would have a key pass, completed nine long passes, had two shots off target, won two duels, had a clearance, and two interceptions. PSV currently sits in third place with 16 points. )

Union Saint- Gilloise 1 – 2 Genk ( Gerardo Arteaga played the full 90 minutes in his team’s victory. He had two interceptions, won two duels, had an accurate cross, completed a long pass, had a shot off target, and had 26 precise passes along with a 74% passing accuracy.)

Panathinaikos 2 – 1 AEK Athens F.C ( Orbelin Pineda played the full 90 minutes in his team’s loss. He would score the only goal for his club. With this goal he has now scored in three of four games this season. Apart from his goal Pineda also had a key pass, completed a center, completed three long passes, had a shot on goal, won three duels and had 22 precise passes along with a 71% passing accuracy.)