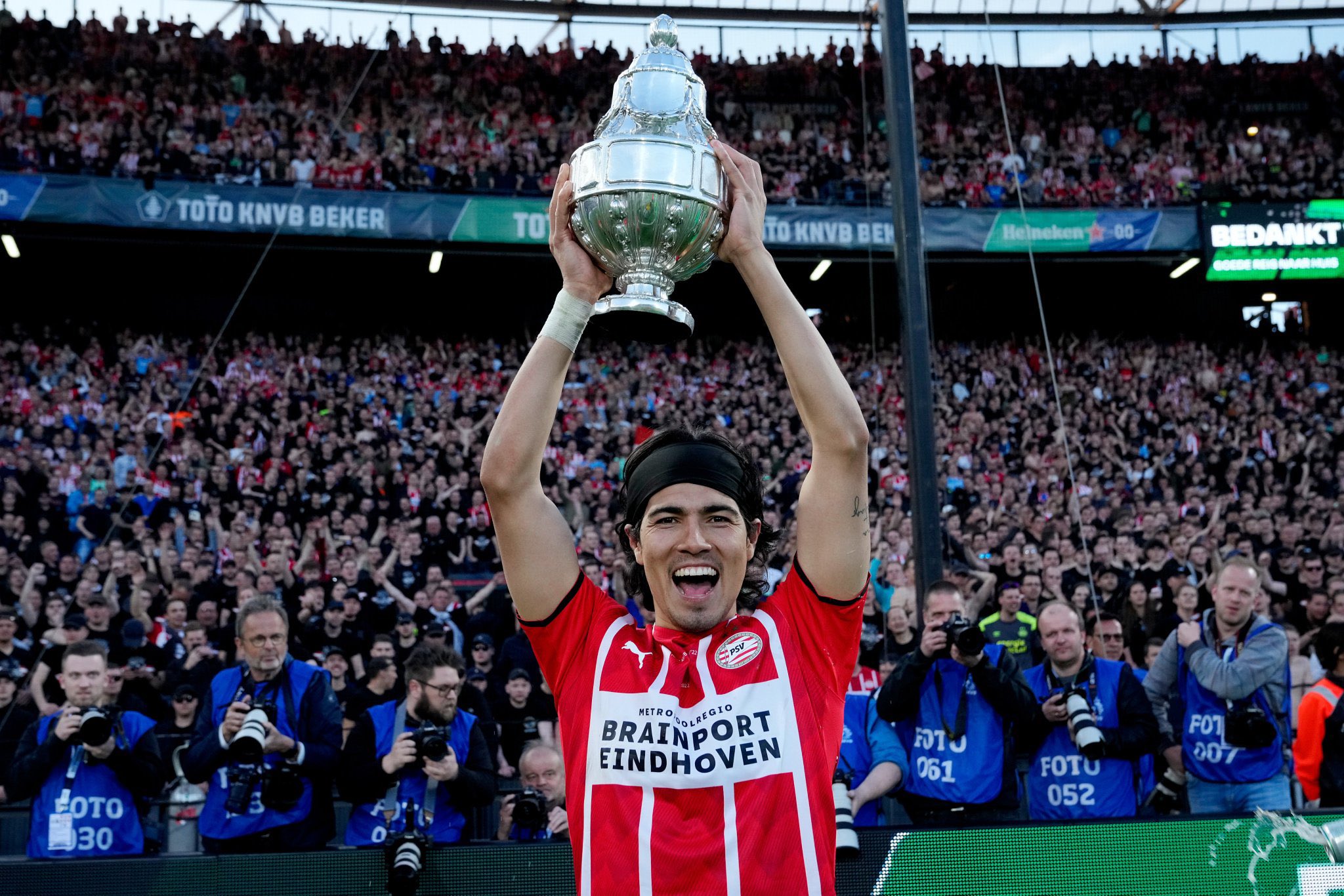 Erick ‘Guti’ Gutierrez and his team are KNVB champions for the 10th time in their history. Guti was a critical part in his team’s comeback, scoring the tying goal in the 48th minute and helping secure PSV’s first KNVB Cup win since 2012. Guti would go on and play the full 90 minutes for PSV having a tremendously productive day. Along with his goal, he had four interceptions, three clearances, won eight duels and completed a long pass. He would also have 54 touches, 24 precise passes along with a 63% passing accuracy. Guti’s efforts have finally been rewarded with his first ever European Title, after starting the season on the bench and having limited minutes. While this victory will be a momentum booster for the club they will now shift focus as they return to league play next weekend and try to close in on Ajax as they find themselves down by four points in the standings.

Edson Alvarez had a productive day during the cup match as well but it was just not enough from Ajax collectively. He would go on to play 72 minutes in the Cup Final before being substituted for Perr Schuurs. In the 72 minutes El Machin played he had 55 touches along with 29 precise passes and a 83% passing accuracy. He would also go on to win eight duels and have an interception. Edson and Ajax must erase this loss from their memories as quickly as possible as they only have a four point cushion in the standings. They will travel to Nijmegen to face off against NEC and will hope to get another victory to extend their lead atop the table.

‘Tecatito’ Corona and Sevilla were minutes away from getting a crucial tie with Real Madrid but would ultimately fall to the league leaders. While not the result he and his club would have hoped for, Tecatito would have a good day. In the 62 minutes he played he won six duels, completed a long pass, had two interceptions, and had 84% passing accuracy. He would also help Sevilla take a 2-0 lead by providing an assist on the second goal. This now makes it back to back weekends with Corona having an assist and has a total of four assists since transferring to Sevilla in the winter.

Athletic Club 0 – 2 Celta de Vigo ( Nestor Araujo played the full 90 minutes in his team’s victory. He had five clearances, an interception, won two duels, and completed three long passes. He would also have 44 precise passes along with a 86% passing accuracy. For his teammate Orbelin he saw no action and watched the game from the bench.)

AC Milan 2 vs Genoa 0 ( Johan played 90 minutes in Genoa’s defeat. In the game he had a key pass, 21 precise passes along with a 72% passing accuracy and won five duels. Genoa continues to stay in the relegation zone and have five more games to try and get out of the relegation zone)