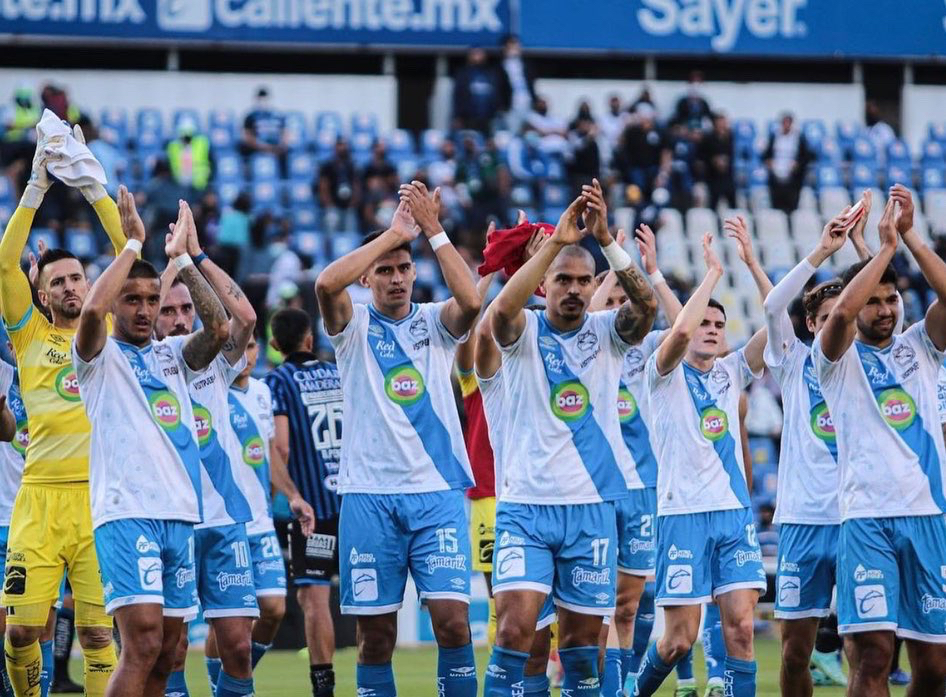 Puebla returns home where they are undefeated to take on reigning Liga Mx champions in a battle for first place. Puebla, who has been the surprise of the season, will look to claim the spot at the top of the standings after Atlas continues with its championship momentum. However, unlike Atlas, Puebla has been the better of the two teams, confidently closing out matches this season. Still, both teams sit at the top of the league tied with 10 points only separated by goal differential.

Puebla has been playing really great football under Nicolas Larcamon, getting good results against the tougher opponents — most notably their key win against Tigres UNAL. Since drawing against Club America in the first week, Larcamon has done a tremendous job with limited assets. Puebla are clinical when they need to be while making the game look simple, including in their match against Queretaro where their two goals were scored within the first 30 minutes of the match. Puebla and their fanbase can only hope they can keep this kind of momentum in their favor and see if they are this year’s darkhorse.

Meanwhile for Diego Cocca and his men, not a lot has changed from last season’s style of play. A solid defense is still their major focal point alongside capitalizing on the opponents’ mistakes. The issue this season has been being overpowered by the opponent through this passive approach but Atlas has still managed by and get the victory. Playing on a thin margin of error where results could’ve gone either way is risky yet they continue to persevere. Friday’s match will see if that risk is still worth it.

In one of the weekend’s better matches Tigres will visit El Estadio Akron to take on El Rebaño. Chivas will ride into this match with lots of momentum after defeating Bravos de Juarez this past Wednesday in a stellar 3-1 comeback where they played one of their best matches of the season so far with only 10 players after Sepulveda was shown red in the second half. Meanwhile Tigres come into this match after struggling to defeat last place Mazatlan. They almost squandered a two-goal lead twice against Los Canoneros.

Chivas will have to experiment with a backline that will be without Gilberto Sepulveda. Luis Olivas has been tremendous after coming back from COVID and it will be interested to see who Leaño can pair him with. Many fans speculate it will be Antonio “El Pollo” Briseno who will get the start but there is also the possibility of Hiram Mier who could be paired with Olivas. Someone who can be a dangerous threat to Tigres is Alexis Vega, who has been playing lights out since the start of the season and is currently tied for first with Nico Ibanez and Rogerio with three goals. While most of his play is through the wings he has somehow become Chivas’ go-to guy for goals. It is exciting times for fans of El Rebaño who hope this season they can at least qualify for liguilla and fight for the championship.

After San Luis took care of business last week defeating Club America 3-2, they now hope they can continue their winning ways when they receive Toluca. Meanwhile, Los Chorizeros return to action after not playing last weekend due to their matchup against Monterrey being rescheduled. San Luis also debuted their new head coach Andre Jardin who made them look incredible against America.

As for Toluca they have rebounded back after dropping their first game to Pumas 5-0. Both teams have an offensive style of play and Jardin has been able to unlock that for San Luis as Leo Fernandez has returned to his former self after his horrible stint with Tigres. San Luis will continue to look for inspiration from their best playmaker Rubens Sambueza, who continues to showcase why he has been one of the best in Liga MX for years and continues to be a vital part of San Luis’ offensive strategy.

While this isn’t a high stakes game for this season’s top teams, this should be a fun watch for fans. San Luis has shown they can play really well and compete with the best of them, meanwhile Toluca has a lot to prove after they were thrashed in the season opener.