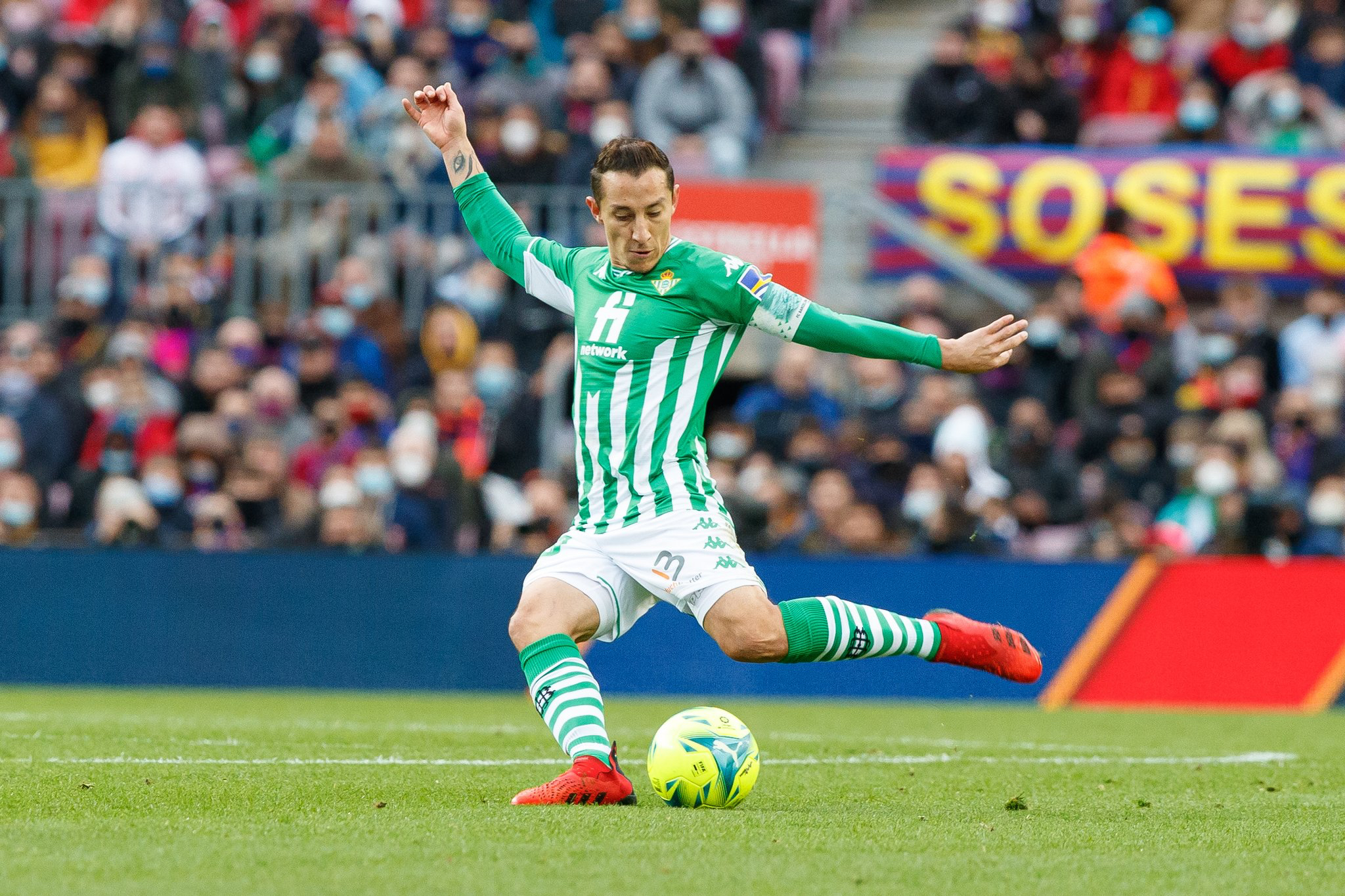 FutMexNation is here to bring you your weekly updates about our Mexicans Abroad.

Andres Guardado not only started this weekend against Barcelona but was also named Captain for the match. He would go on and play the full 90 minutes, completing 25 precise passes with an accuracy of 86 percent and seven duels won. Guardado also had two interceptions along with having received five fouls. Showing that he is still a durable player and if he can keep this momentum up, can be an effective leader for El Tri’s upcoming qualifying games in January. Betis currently sits in third place with 30 points, just one point behind their arch rivals Sevilla. Real Betis will travel to Scotland for their Europa League match on Thursday, December 9th.

With another solid game for PSV, Erick Gutierrez has now started in straight six games for the club. PSV would go on and win their match against FC Utrecht 4-1. Guti would play 86 minutes and was very efficient, assisting on PSV’s third goal and winning two duels. He also had 55 precise passes with an accuracy of 89 percent. With this result PSV currently holds third place and is just two points of the leader Ajax who have 36 points. Guti and company will travel to Spain on Thursday, December 9th to take on Real Sociedad in a crucial matchup to determine who advances into the knockout stages for Europa League.

Wolves 0 – 1 Liverpool ( Raul Jimenez played the 90 minutes where Wolves lost in heartbreaking fashion after conceding in the 94th minute. Jimenez had 19 precise passes with a 73% accuracy.)

Napoli 2 – Atalanta 3 ( Chucky Lozano played 67 minutes in Napoli’s defeat, where had 21 precise passes and a 78% accuracy and won 3 duels. He was substituted for Andrea Petagna and with this loss Napoli slips from first to third place.)

Juventus 2 – 0 Genoa ( Johan Vasquez played the full 90 minutes in Genoa’s loss. He had six clearances along with two interceptions and five duels won, He also had 31 precise passes with an accuracy of 73%, Genoa are currently in 18th place and are two points shy of escaping the relegation zone.)

Celta de Vigo 1 – 2 Valencia ( Nestor Araujo played 74 minutes and was substituted for Jeison Murillo. In those 74 minutes Nestor won two ground duels and two aerial duels, had one clearance, and one shot on goal. Along with 38 precise passes and an accuracy of 88%.)

Mechelen 1 – 1 Genk ( Gerardo Arteaga played the full 90 minutes and had three interceptions along with one clearance and won three ground duels and won two aerial duels. He also had 39 precise passes and an accuracy of 78%.)

Portimonense 0 – 3 Porto ( Jesus “Tecatito” Corona played 12 minutes in Porto’s win. With this win Porto are now in first place with 35 points, separated by goal difference with Sporting who also have 35 points)