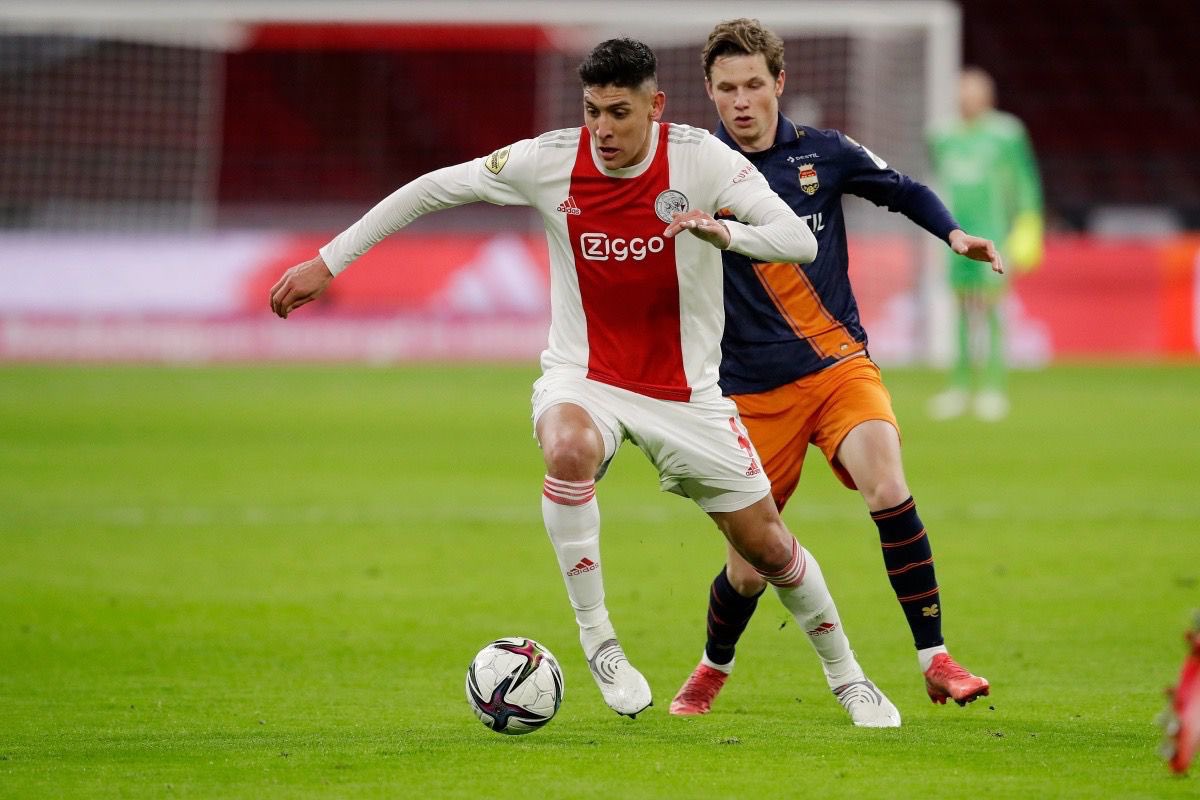 FutMexNation is here to bring you a midweek update, as some of our Mexicans Abroad. Edson Alvarez bosses the midfield in Ajax’s thrashing meanwhile Johan Vasquez shines bright even in defeat and Diego Lainez scores.

Edson Alvarez had himself a tremendous day against Willem and helped expand Ajax’s lead to four points over second place Feyenoord. Edson played the full 90 minutes, having had 120 touches along with 102 precise passes, an accuracy of 94 percent and provided an assist on first goal. Ajax would go on and win 5-0; Alvarez continues to have a wonderful season and will hope to continue the momentum when Ajax take on Sporting next Tuesday for Champions League.

Johan Vasquez continues to get the starting role with Genoa and showed why he is worthy of continuing to be in the starting eleven. Despite Genoa losing 3-0 to AC Milan, Johan had one of better games. He went the full 90 minutes having six tackles along with six clearances and an interception. He also won nine duels and completed six long balls, he also had 50 precise passes with an accuracy of 85 percent. Unfortunately currently sit in the relegation zone and are one point away from escaping the relegation zone. Johan and company have another tough task ahead of them as they have to travel to take on Juventus this Sunday.

Diego Lainez returned to the starting eleven for Real Betis in their matchup against CFI Alicante for the Copa del Rey tournament and showed some much-needed efficiency. He would go on to score Betis’ second goal in their 4-0 win against Alicante. Along with his goal Lainez also had 10 precise passes and an accuracy of 77 percent, with five duels won and received two fouls. It had been 723 days since Lainez had gotten the start and this was the first start he has got this season across all competitions. Let’s hope this can be the turning point for Lainez’s season. Betis take on FC Barcelona on Saturday.

Sassuolo 2 – 2 Napoli (Chucky played 72 minutes and had 42 touches and 22 precise passes with an accuracy of 76% . He also won a duel and had three centers)