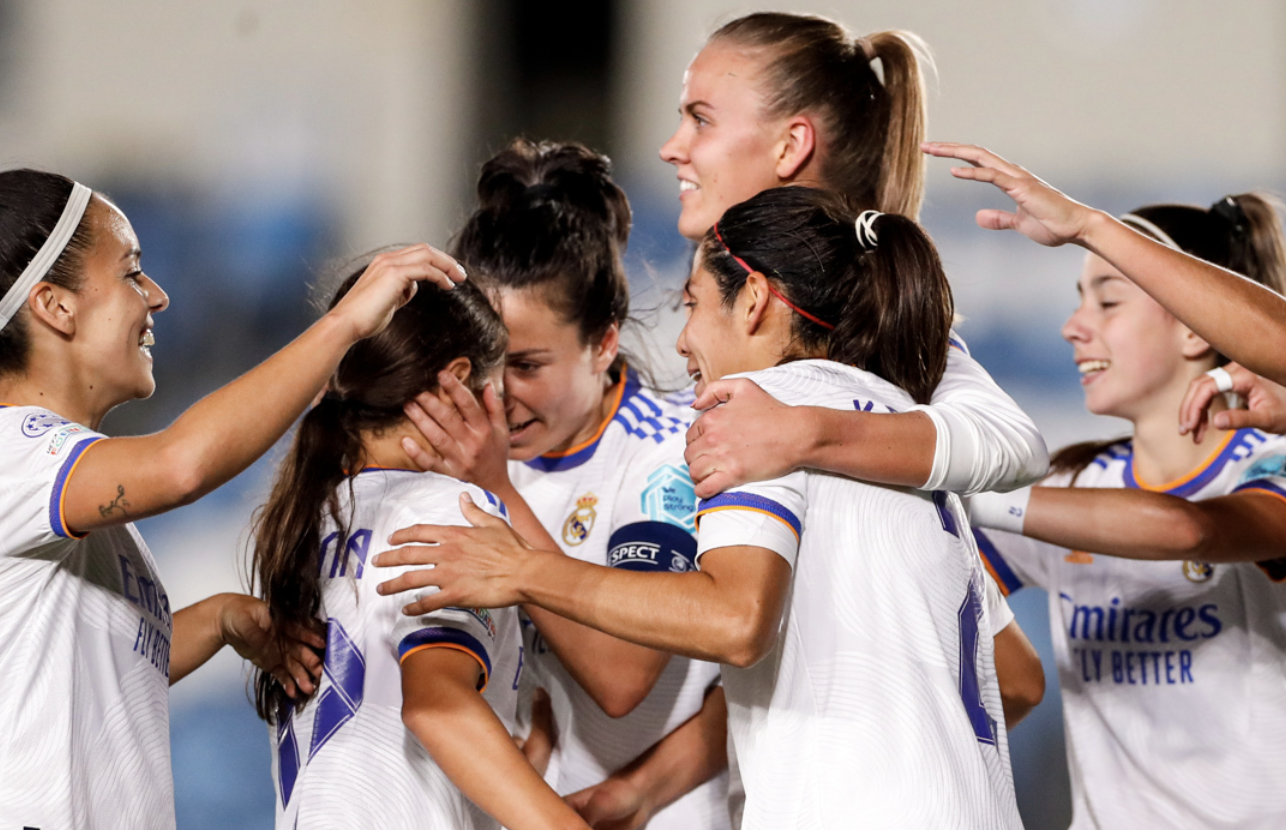 It’s always exciting following the Mexicanas Abroad because you never know what will happen from week to week. Of course it’s daunting when players don’t make the game day roster, but it’s also fun seeing the progression of someone like Myra Delgadillo, who last year had trouble getting minutes to being a lock to start and contributing goals. Then there’s of course Kenti Robles, who is also an integral part Real Madrid’s starting XI, contributing assists in UEFA Women’s Champions League play. There’s always the chance something weird happens as well, like Pamela Tajonar getting an unexpected week off after Villarreal’s match against Tenerife was cancelled due to a volcano. In any case, here’s the rest of what happened for our players abroad this past weekend.

Daniella Diaz was not on the game day roster as Brøndby beat KoldingQ 1-0 on on Sunday, October 10th. Brøndby are now in third place with 16 points, one over Thy ThistedQ, four behind Fortuna Hjørring, and nine behind HB Køge. Brøndby will host Aalborg (AaB) on Saturday, October 16th.

Silvana Flores was not on the game day roster as Tottenham lost 2-1 to Brighton and Hove Albion on Sunday, October 10th. Flores was also not on the gameday roster when Spurs beat Charlton 1-0 in FA WSL Cup play on Wednesday, October 13th. Spurs are third in WSL league play with 12 points, three behind first place Arsenal. They’re also second in Group C in WSL Cup play with three points, behind Coventry on goal differential (+1 to Coventry’s +3). Tottenham’s next match isn’t until November 7th when they host Manchester United in league play.

Anika Rodriguez played all 90 minutes as PSV beat Heerenveen 4-1 on Friday, October 8th. PSV are in second place, three points behind PEC Zwolle with a game in hand. PSV will be away at Feyenoord on Sunday, October 17th.

Myra Delgadillo played all 90 minutes and got a goal in SC Braga’s 4-0 win over Clube Condeixa/Intermarché on Sunday, October 10th. Braga are atop the table at a perfect 4-0-0, two points over Lank Vilaverdense SAD. Braga’s next game isn’t until Sunday, October 31st when they are away at Valadares Gaia FC.

Kenti Robles played all 90 minutes in Real Madrid’s 2-1 win over SD Eibar on Sunday, October 10th. Robles then played 53 minutes and contributed two assists as Real Madrid thrashed Breiðablik 5-0 in UWCL play on Wednesday, October 13th. In Liga Iberdrola, Real Madrid are in 13th place with four points, however eighth place Sevilla is only two points over Madrid. In UWCL however they’re 2-0-0 and behind Paris Saint-Germain only on goal differential (+6 to PSG’s +7) in Group B. Their next league match is at Sevilla on Saturday, October 16th, and their next UWCL match is at Stade Jean-Bouin against PSG on Thursday, November 18th.

Villarreal (Pamela Tajonar)’s match against Tenerife was postponed due to the volcano eruption on Las Palmas. As of now, no makeup date has been announced. Villarreal’s next match is away against Athletic Club on Sunday, October 17th.

Bri Campos was not on the game day roster as Vittsjö GIK drew BK Häcken 0-0 on Saturday, October 9th. Vittsjö are in sixth place with 26 points, two behind fifth place Hammarby and 22 behind league leaders FC Rosengård. Vittsjö’s next match is Saturday, October 30th when they’re away to AIK.

Katie Johnson came on for Kealia Watt in the 64th minute and contributed a shot on goal as the Chicago Red Stars lost to the OL Reign 3-2 on Sunday, October 10th. Jimena López was not on the game day roster for the Reign, nor was she on the game day roster for the Reign’s 1-1 draw with archrivals Portland on Wednesday, October 13th. Johnson came on in the 68th minute for Rachel Hill and again contributed a shot on goal in Chicago’s 1-0 win over the Orlando Pride on Wednesday, October 13th. Chicago is in fifth place with 32 points, tied with Houston and one point behind Washington. The Reign meanwhile are in second place, one point behind Portland.

Mexicanas Abroad: Recaps & Previews – Week 30
Mexicans Abroad: Johan Vasquez Scores in his European Debut and the Rest of the Returns
To Top