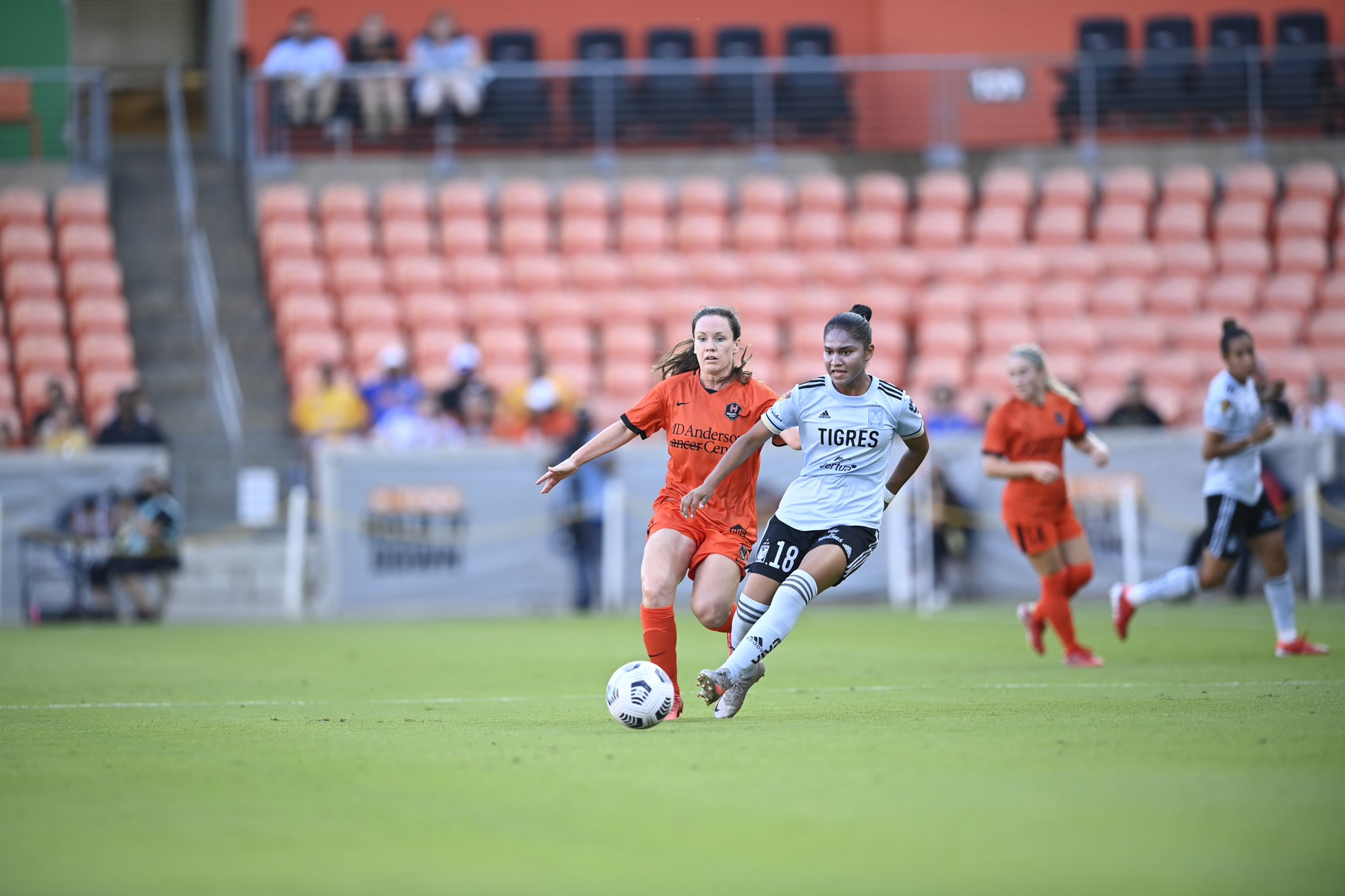 A highly-anticipated club friendly between Houston Dash and Tigres Femenil ended with a strong 5-1 victory for the home side on Sunday afternoon. There were a lot of goals, lots of action and lots of thoughts as the events transpired in BBVA Stadium. Here are my three things from that friendly.

Houston had something to prove. And they did it. James Clarkson alluded to the fact that the last friendly left a bad taste for him and his team back in 2019 when Tigres secured a victory off a penalty kick scored by Liliana Mercado and stated the team had a “real responsibility” to “put on a good show for the fans.” A very good show indeed as Houston scored three goals in under thirty minutes against Las Amazonas and excited the fans with the promise of rookie Makamae Gomera-Stevens amongst other players that got the start during the international friendly.

Tigres is not invincible. As Houston proved their own solid point, they proved another in the process. One that was seen when America won their first title, when Atlas got off to a strong start last season and when Chivas showed real heart in the both legs of the final last season — that Tigres is not immune to flaws. It sounds funny to say as they currently sit in first place with nine victories and only three goals conceded but Tigres’ lack of response isn’t something new. When other Liga MX Femenil teams choose to take the courageous approach to press rather than sit and wait, Tigres often fails to have a proper response. So when Houston pushed from the very first whistle, Tigres was caught dead in their tracks.

It’s an exhibition friendly so much of what happened could easily be taken with a grain of salt but for a Tigres team that was missing only three of its key players, it does give traction to the danger many have discussed when it comes to Tigres being the most winningest team in Liga MX Femenil.

These matches will be instrumental for both leagues. Despite not getting the victory, Tigres Femenil showed the power Liga MX teams of any gender hold within the US market. A predominantly pro-Tigres crowd made their way to BBVA Stadium and were consistently heard throughout the match, even when the scoreline went against them. The same thing happened when America Femenil headed out to Texas for their own share of friendlies during the preseason. It’s helped out tremendously that the femenil teams share the same name as the men’s and to that end, it’s not far-fetched to look at the marketing power Liga MX and MLS have when the face each other through the same lens when looking at what could be between Liga MX Femenil and NWSL. The gap will likely work more in the NWSL’s favor for the first few matchups but more matches like this should be played; with different teams under different circumstances to help grow the women’s game from a commercial standpoint in the United States and for a technical standpoint in Mexico.