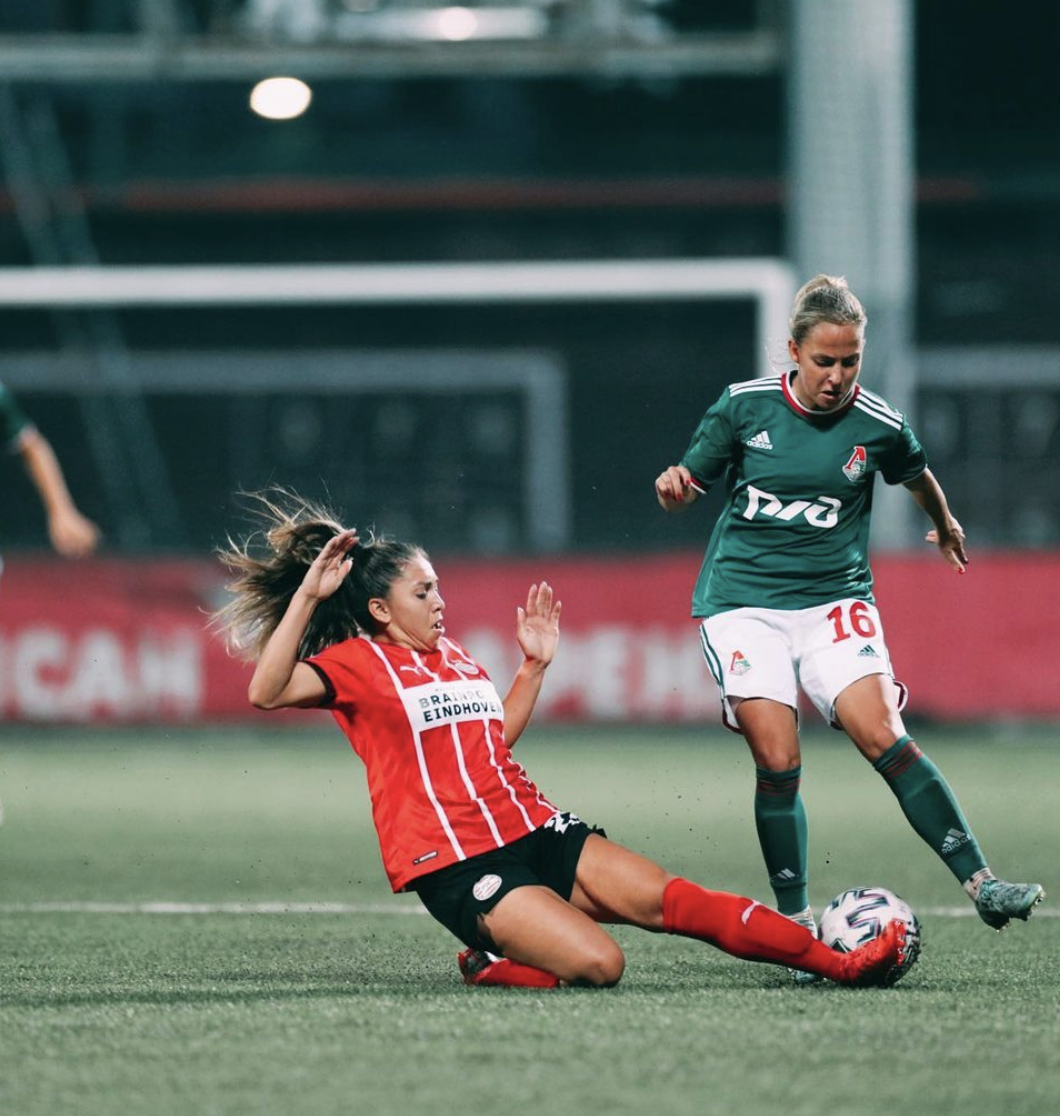 Play is ramping back up all over, with the European leagues all in action with the UEFA Women’s Champions League first round taking place. Brøndby IF (Daniella Díaz) are already eliminated, but PSV (Anika Rodriguez) has an opportunity to advance to the next round, where Real Madrid (Kenti Robles) will join the fray. The NWSL is still in full swing, and the Liga Nacional de Fútbol Femenino in Guatemala kicked off in earnest this past week.

CSD Suchitépequez won their first match 11-0 against CSD Sacatepéquez, sitting atop the Group A2 standings. It’s unclear if either Verónica Jiménez or Perla Morones played in the match.

Anika Rodriguez played 88 minutes and picked up a yellow card in PSV’s 3-1 UEFA Women’s Champions League win over Lokomotiv Moscow. They’ll face Arsenal on Saturday, August 21st for a chance to advance to the second round. Their first Eredivisie match on Friday, August 27th against PEC Zwolle.

Real Madrid beat Fundación Albacete 8-0 in a friendly on Thursday, August 19th. Kenti Robles was in the lineup, but it’s unclear how much playing time she got.

Villarreal (Pamela Tajonar) announced that they’d be taking part in the Trofeu Teika tournament against Levante and Valencia starting on Friday, August 27th.

Bri Campos started for Vittsjö GIK in their 3-3 draw against Hammarby IF DFF.

Karina Rodríguez was an unused sub as the Washington Spirit drew the Houston Dash 2-2 on Friday, August 13th. The Spirit are tied with OL Reign for sixth place with 19 points on the season, two behind Gotham, Orlando, and Chicago. Washington hosts the Orlando Pride on Sunday, August 22nd.

Sabrina Flores was an unused sub as Gotham FC drew Racing Louisville 1-1 on Sunday, August 15th. Gotham is tied with the Orlando Pride and Chicago Red Stars for third place with 21 points, three behind the North Carolina Courage and eight behind first place Portland Thorns. Gotham are in Tacoma against OL Reign on Saturday, August 21st.

Katie Johnson played all 90 minutes, contributing two shots and completing 62.5% of her passes in the Chicago Red Stars 1-0 loss to the North Carolina Courage on Sunday, August 15th. Johnson was subbed out at the half for Rachel Hill in the Red Stars’ 1-1 draw with Racing Louisville, contributing a shot and completing 66.7% of her passes.  Chicago is tied with the Orlando Pride and Gotham FC for third place with 21 points. The Red Stars next game isn’t until Saturday, August 28th when they host Kansas City.