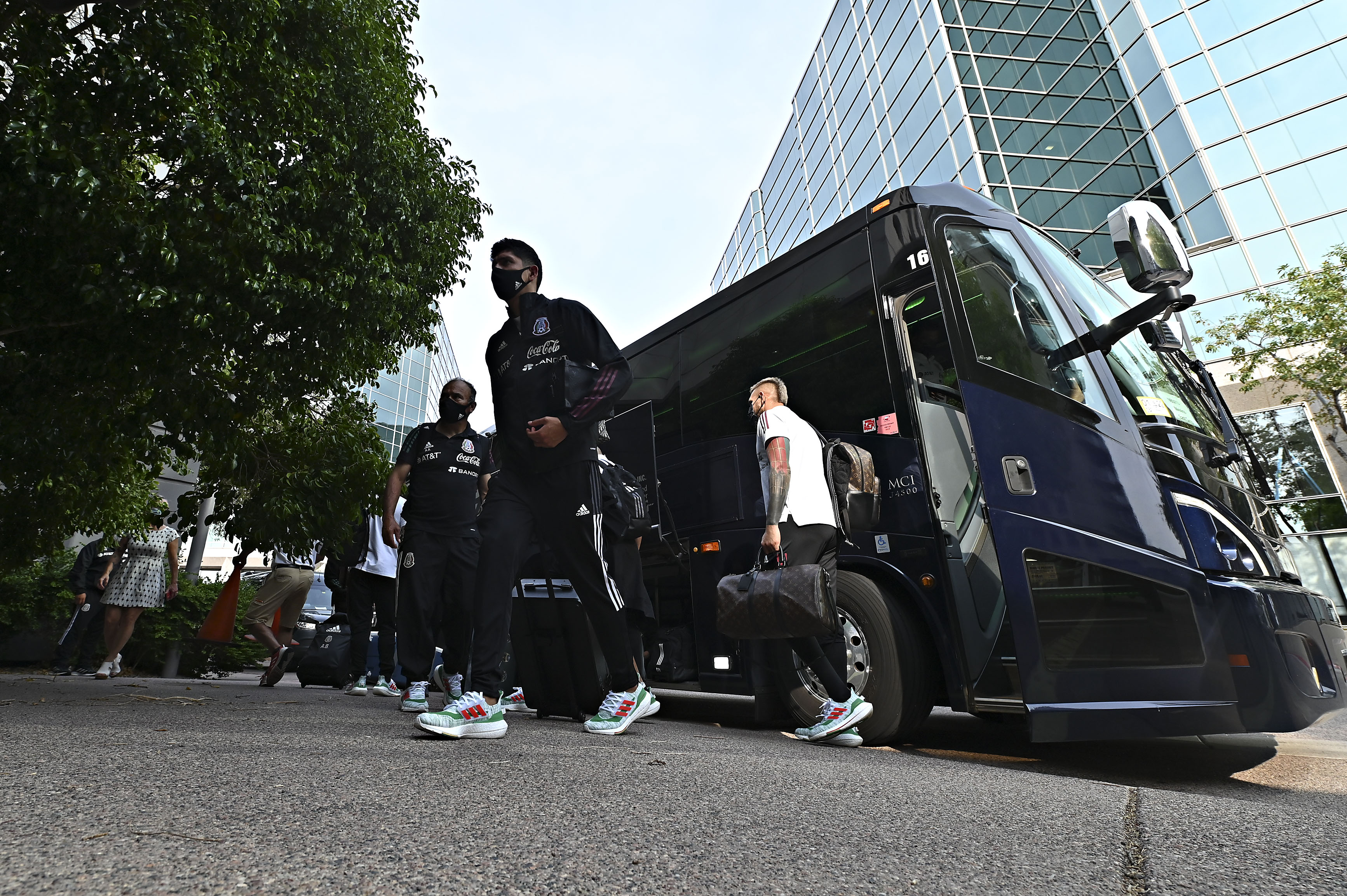 As El Tri’s Olympic team trounced France 4-1 in Tokyo, it was hard not to compare that sterling showing to the largely turgid fare that the senior side has served up so far in the Gold Cup. Gerardo Martino’s men struggled for fluency during the group stage, with passages of promising play overshadowed by worrying deficiencies at both ends of the pitch.

That swing between two extremes was seen most severely last Sunday against El Salvador. Mexico comfortably controlled the first hour of proceedings and should have had more than a goal when Edson Álvarez received a pass from Carlos Salcedo just outside his own box in the 62nd minute. Normally so reliable on the ball, “El Machín” gifted possession back to the Central Americans, who nearly capitalized on the mistake to equalize.

That moment proved to be a turning point in the match. La Selecta swarmed their swamped opponent for the remainder of the encounter, with Mexico forced to sit back and soak up plenty of pressure.

There’s something to be said for seeing out a narrow victory even when the performance has not been up to par, but Mexico’s luck is bound to run out if that trend continues into the knockout stages. With that in mind, Martino must find a way to repeat the solid showing from Sunday’s opening hour with greater regularity.

The key to doing that is in the engine room. Héctor Herrera has been the standout performer for El Tri at this tournament, with his precise pass setting up Chaka Rodríguez’s winner at the Cotton Bowl. The 31-year-old is not only adding vital contributions in the final third but he has a strong command of the midfield, and that is great news for “Tata” as he continues to sweat the fitness of his best attacking options.

HH has formed a solid partnership with Álvarez, who impressed yet again in Dallas before his egregious error. Those two are surefire starters in Qatar barring any injury or a dramatic loss in form, but the last spot in Martino’s midfield trio is up for grabs.

Erick Gutiérrez has filled that role at this tournament after Andrés Guardado was forced to drop out of the squad with a left thigh complaint, but the Pachuca product has failed to make a convincing case to replace the National Team captain long term. Charly Rodríguez and Sebastián Córdova have also received plenty of playing time during “Tata’s” reign, and both will return from Tokyo with their reputations enhanced if they can continue on from Thursday’s spectacular debut.

Those two are far from the only members of El Tri’s Tokyo traveling party who have what it takes to fight for a starting spot in the senior side, but that discussion can be had another day. An obdurate Honduras outfit stand in the way of a semifinal berth, and Los Catrachos will be confident after securing a scoreless stalemate against Saturday’s opponent in a friendly on June 12th.

A repeat of that result would mean a nervy extra time session and possibly penalties. Cutting it that close cannot be contemplated, so Mexico must make the running from the first whistle in Glendale. Their superiority in the center of the pitch will be critical to the successful implementation of that strategy.