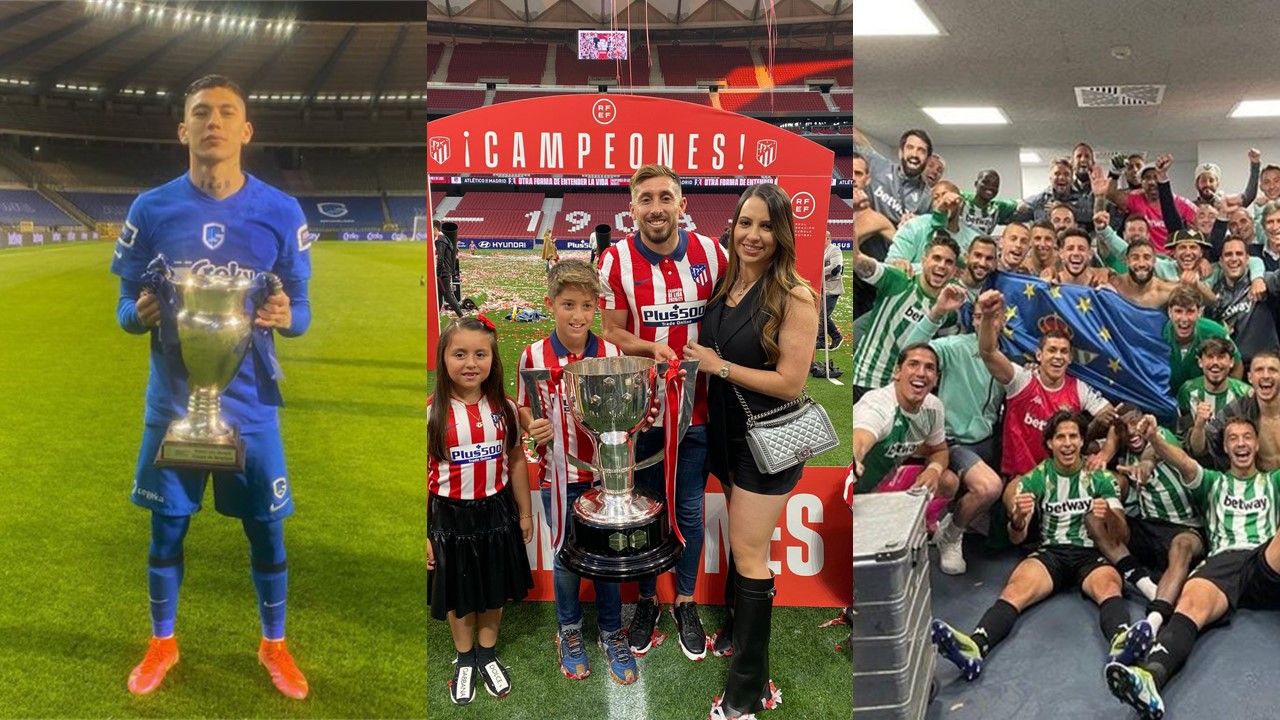 Gerardo Arteaga made an impact for Genk this season. The young Aztec joined the Blue-White in August of 2020 and a month later got his first start. Arteaga did not see consistent minutes until the beginning of the year, tallying 1,819 minutes in all competitions. Gerardo played the full 90 minutes for Genk against Club Brugge. The Blue-White finished their season with a 2-1 victory and the Belgian Pro League Cup. This is Arteaga’s first European Championship and is set to play in the Champions League next season.

After a long and competitive season, Héctor Herrera and Atlético Madrid became the La Liga Champions! Herrera’s season had its ups and downs but the Mexican international was able to overcome adversity, sickness, injury, and the death of loved ones. This marks HH’s fifth championship (Gold Cup, Portuguese Champion, Portuguese Super Cup, Olympic Gold Medal, and Spanish Champion) as well as his third European title. Los Colchoneros finished their season with a 2-1 victory over Valladolid. Herrera was subbed in the 85th minute of play to help seal the deal. We are looking forward to seeing HH in action next season as he fights for minutes and stardom.

Guardado and Lainez to Europa League

Another team that made headlines last week was Real Betis. Andrés Guardado and Diego Lainez looked to close out their season on top! Both guerreros saw action to close out their season and Europa League birth. Néstor Araujo and Celta de Vigo looked to crush Betis’ dreams but were unsuccessful. Guardado got the start for Los Verdiblancos and was subbed out in the 66th minute. Lainez came off the bench in the 57th-minute after being down 2-0 in the first half. Araujo played the full 90 minutes for the Celestes. Los Verdes made a dramatic comeback scoring three unanswered points for the 3-2 victory. Both Mexican Internationals made tremendous contributions this season and earned the right to celebrate the club’s major accomplishment. Mexican fans are looking forward to seeing them in action next season in both competitions.

Napoli 1-1 Verona (Lozano subbed out in the 68th minute)