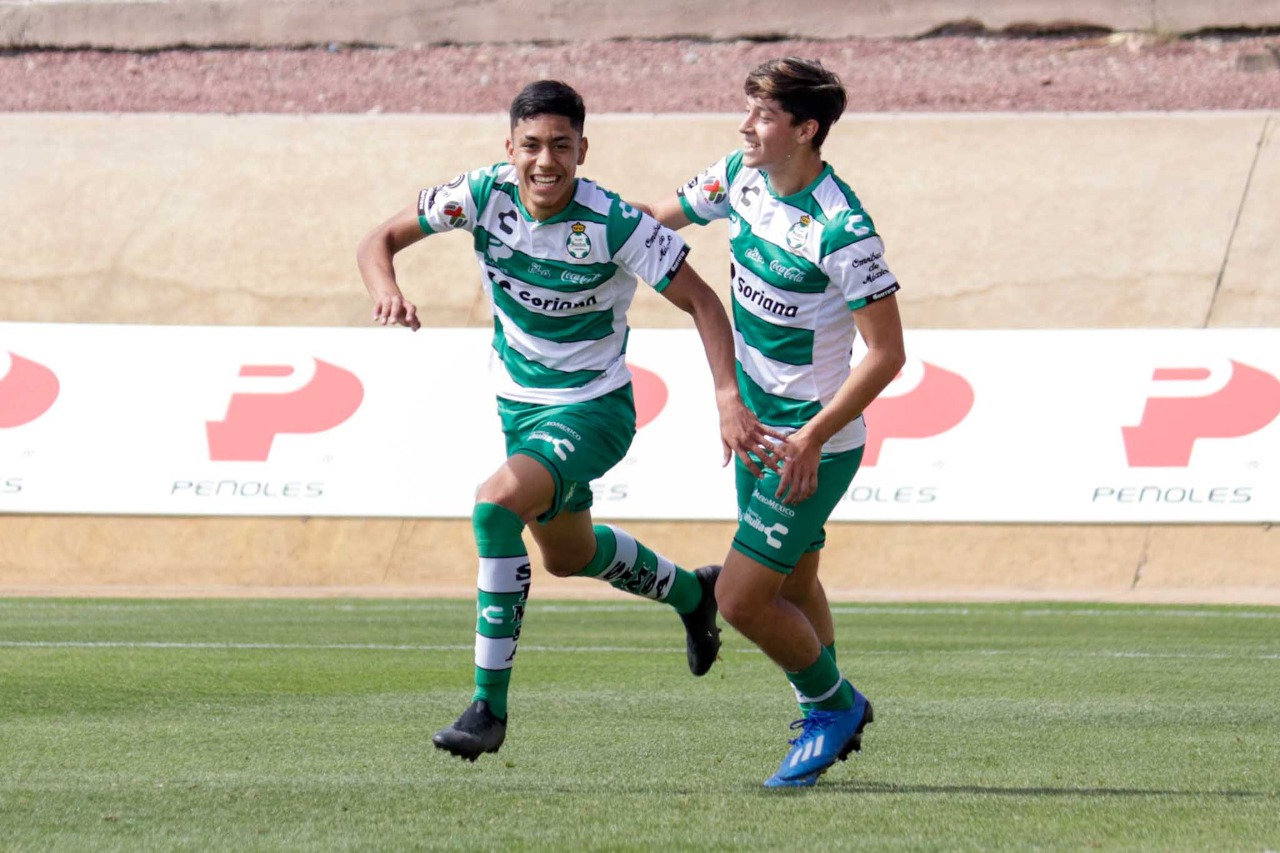 There have been numerous cases in Mexican soccer of players enjoying rapid rises to prominence, but few have sprung onto the scene as quickly as Omar Campos. Just a little over four months after making his professional debut, the 18-year-old is a key piece for Santos Laguna as they prepare for their semifinal showdown with Puebla.

Such a swift ascent is remarkable in itself, but Campos’ story is made even more exceptional by the position he plays. The Tepito-born tyro joined the Guerreros academy as a winger at the young age of 13 and was fielded on the flank in his first few appearances with the senior side.

However, head coach Guillermo Almada decided to move the gifted wide man to left-back before a regular season match against Querétaro in mid-April. In an interview for Fut Mex Nation, Campos reminisced about that significant shift.

“A time came when Profe (Almada) said to me ‘I’m going to try you as an outside back.’ And I said ‘Yes, that sounds good.’ Thanks to God, things are going well in that position.”

The stunning success that Campos has enjoyed in his new role has been a big boost for Santos down the stretch. His tricky dribbling and precise crossing drove Monterrey mad over the two legs of their quarterfinal matchup, with Campos also shutting down Dorlan Pabón in the second half on Sunday.

Campos is still taking his first steps at the top level, but his sterling showings have already drawn comparisons with former Santos stalwarts Jesús Angulo and Gerardo Arteaga. Both graduated from the Guerreros youth system before making waves with the Mexico National Team.

But Campos aims for grander pastures.  “I’m trying to be much better [than them],” he shares.

That ambition extends to the objectives that the youngster has set for himself. As he tells it, “My goal is to play in Europe with big teams that have made history.” He lets us know that Manchester City is his dream destination on the old continent.

A Premier League move could be a possibility one day, but for now, Campos is firmly focused on helping Santos put a seventh star on the club crest. Los Guerreros are only 180 minutes away from their first final since the Clausura 2018, but they must first overcome a plucky Puebla that have defied expectations to get this far.

Los Camoteros came to the Estadio TSM just over two weeks ago and got the point they were looking for to secure an automatic Liguilla spot, and Campos expects a difficult series.

“They’re a strong team that may look to sit back and defend,” he states. “But with us the idea is always to go and attack; to go and score goals, to win the game we have at home.”

That adventurous attitude is a major reason why Santos are so tough on their own turf and the fact that they haven’t lost in Torreón to their next opponent since 1999 will also be a point of confidence. Campos wasn’t even born at that time, but he has played a major part in keeping that streak going. If that can be managed, the talented teen and his team can dare to dream about a Liga MX title.