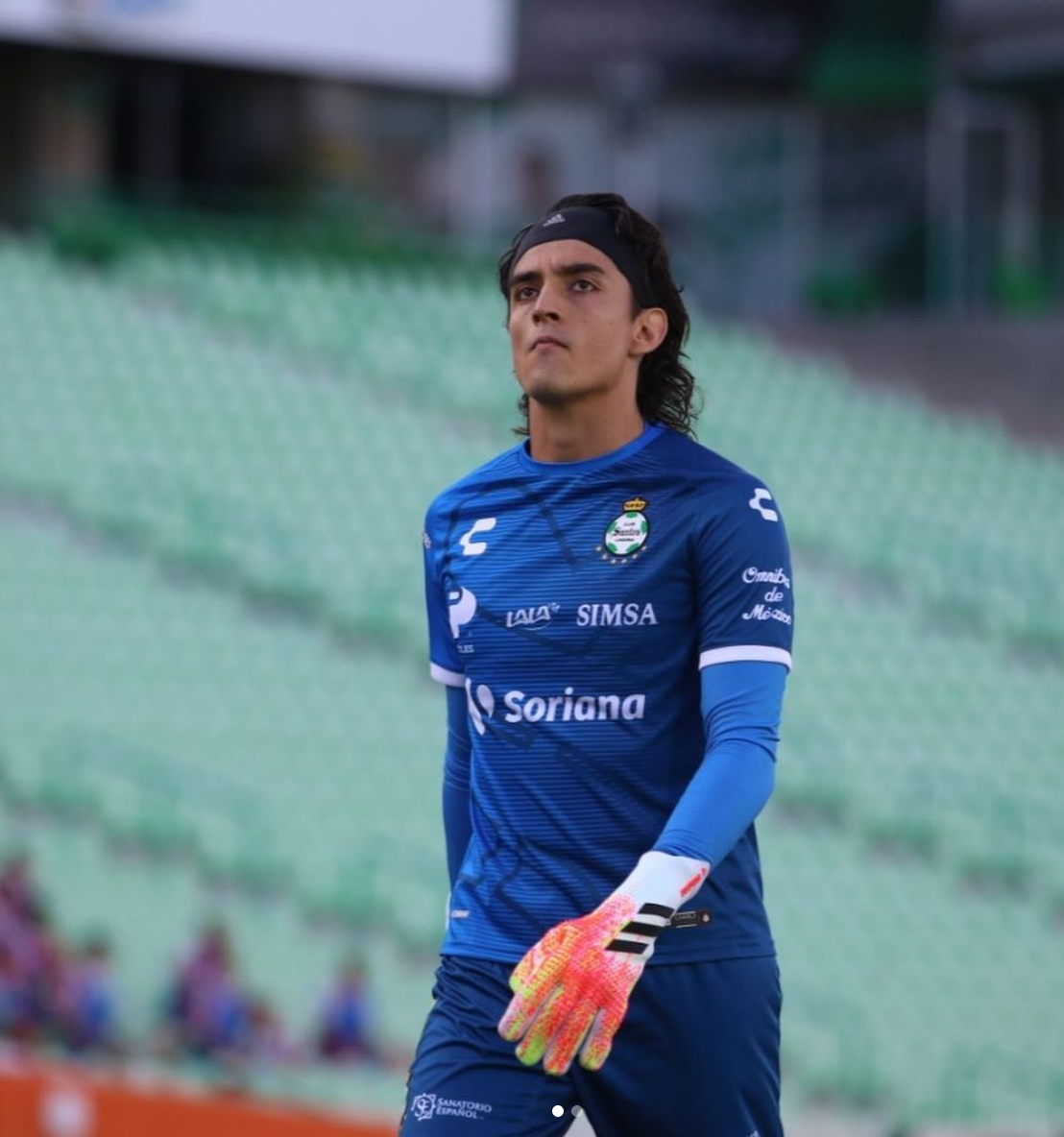 Carlos Acevedo is no stranger to adversity. Before becoming the first Santos academy product to sport the number one jersey for the first team, he was actually turned away from the club he grew up supporting due to his short stature.

That would turn out to be the second time the local lad had left Los Guerreros’ youth system. The first was back in 2011, when a disillusioned Acevedo, frustrated at a lack of opportunities at U-13 or U-15 level, opted to abandon the institution that would hand him his professional debut just five years later.

As Acevedo tells it in an interview with FutMexNation, those difficulties only increased his desire “to keep fighting for the dream that [he] had since [he] was a kid” to make it as a professional. It was those repeated setbacks that ultimately set the 25-year-old shot-stopper on the path to success.

“Without a doubt, those adversities are ones I really suffered but I thank God every day that he put them in my path. My family supported me through those hard times but I have to also give myself credit,” he said in a triumphant tone. “I kept working hard despite those complicated moments and now I’m getting to enjoy it to the fullest.”

Acevedo has gone through a lot to reach the top, and his perseverance is in keeping with the story of Santos’ season.

Los Laguneros have been plagued by injuries all campaign, with key players like Diego Valdés and Fernando Gorriarán spending significant time on the treatment table. In the absence of various experienced names, a strong youth system has saved the day.

There are no fewer than nine academy graduates in Santos’ senior squad, and many of them have played an important part this year. Striker Santiago Muñoz has stepped up since Julio Furch departed for Atlas, while Omar Campos has come through on the left flank. But it was Captain Acevedo who took on the biggest challenge this season: leading by example between the sticks as the only Mexican player in the entire league to appear in every minute of the Guard1anes 2021 regular season.

“It’s a responsibility that’s very important to me. I’ve become an example for the youth players in the fuerzas basicas that envision themselves one day playing on the first team so I have to become that leader on and off the field,” he shared. “To be able to hold the title of captain is one I’m proud to have, to be able to show and I do it with a lot of pride every match.”

Those exploits are a point of pride for the club as well, who are intent on forming the stars of tomorrow while still challenging for trophies today.

“I think all of us young players have done some incredible work this season given how many injuries there have been. We’ve managed to stay afloat and even received attention on the national level because of that work. It fills us with so much pride.”

Querétaro are the first obstacle on the way to a seventh league title, and Héctor “Pity” Altamirano’s men will take encouragement from the 1-0 victory they recorded back in round 14. Los Guerreros are hard to beat at home, however, and the (partial) return of a rabid fanbase has helped their cause even further. Acevedo is well aware of the close communion that exists between players and support in Torreón.

“The Estadio Corona TSM has always been a difficult place to visit for all our rivals. I invite all our fans to come out and support us. For them to also leave it all on the field that night and help us secure that victory.”

A passionate atmosphere could prove crucial in the quest to put last term’s Pachuca letdown firmly in the rearview mirror. Los Tuzos left La Comarca Lagunera with a 3-0 triumph at this stage last season, and the hosts will want to avoid a repeat of that painful elimination. Santos must come out firing on all cylinders if they hope to reverse that regrettable recent history, and Acevedo knows that the “life-or-death” nature of the repechaje leaves little room for error.

“Despite the fact that [your team] might’ve had a great regular season, if you end up having a bad night, things can begin to get complicated,” he stated. “The previous match against Pachuca forced us to mature and realize that we need to prepare and be ready. We’ve trained well, we’ve worked hard and now it’s time to look for that qualification.”

Given all that they’ve had to overcome on a personal and collective level to get to this point, the gifted goalkeeper believes both he and his team are ready to rise to the challenge.

“Now is the time for me to tell my story — the story of Carlos Acevedo.”