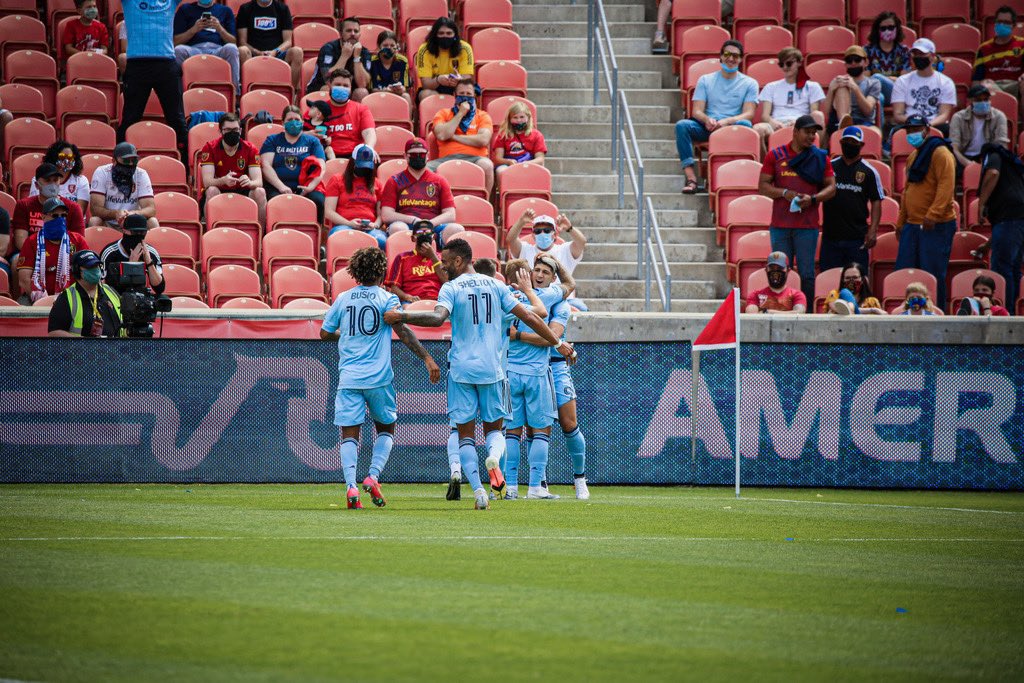 With Vela still out and Chicharito without a goal this weekend, it was time some of our other Mexicans in MLS to step up. Here are the highlights from Week 3.

Alan Pulido Gets One on The Tally Sheet

After two weeks of being subbed in to cater to his recovery process, Alan Pulido started for Sporting KC in their match against Real Salt Lake and scored in the 17th minute of play. Pulido would start the play himself with a quick turn, laying it off to Shelton who would send it back to Pulido just inside the box. Sporting KC ultimately lost the match 3-1 but those minutes are crucial for Pulido who dealt with injuries that left him out of national team matches during the preseason.

Chofis Is Finding His Groove

The third start was the charm for Eduardo “Chofis” Lopez as the newest Earthquakes member opened the scoreline for San Jose in their 4-1 victory against DC United. It was peak Matias Almeyda magic during the match and the coach received a strong hug of gratitude from his former Chivas player after scoring the first goal. Fierro also started the match and was subbed out at the 72nd minute of play. The goals would keep coming for San Jose until the 85th minute, including a goal from rising star Cade Cowell who makes an appearance in this piece due to his eligibility to play for the Mexican national team from his maternal side. A possibility he is not shying away from should the 17-year-old be given an invitation.

Going up against last season’s runner-up was never going to be easy and Sunday’s match for LA Galaxy against the Seattle Sounders did not leave Chicharito with many chances up top. He started alongside international teammates Jona Dos Santos and Efrain Alvarez, who struggled in their own right to control the midfield against a strong Sounders side. Efrain Alvarez would sub out at the half with LA Galaxy going on to lose 3-0. Still, Chicharito overperformed in his last two games, keeping his goal tally at five, keeping the determination alive as LA Galaxy looks ahead at “El Trafico” this upcoming Saturday (whether Carlos Vela plays still hasn’t been determined).