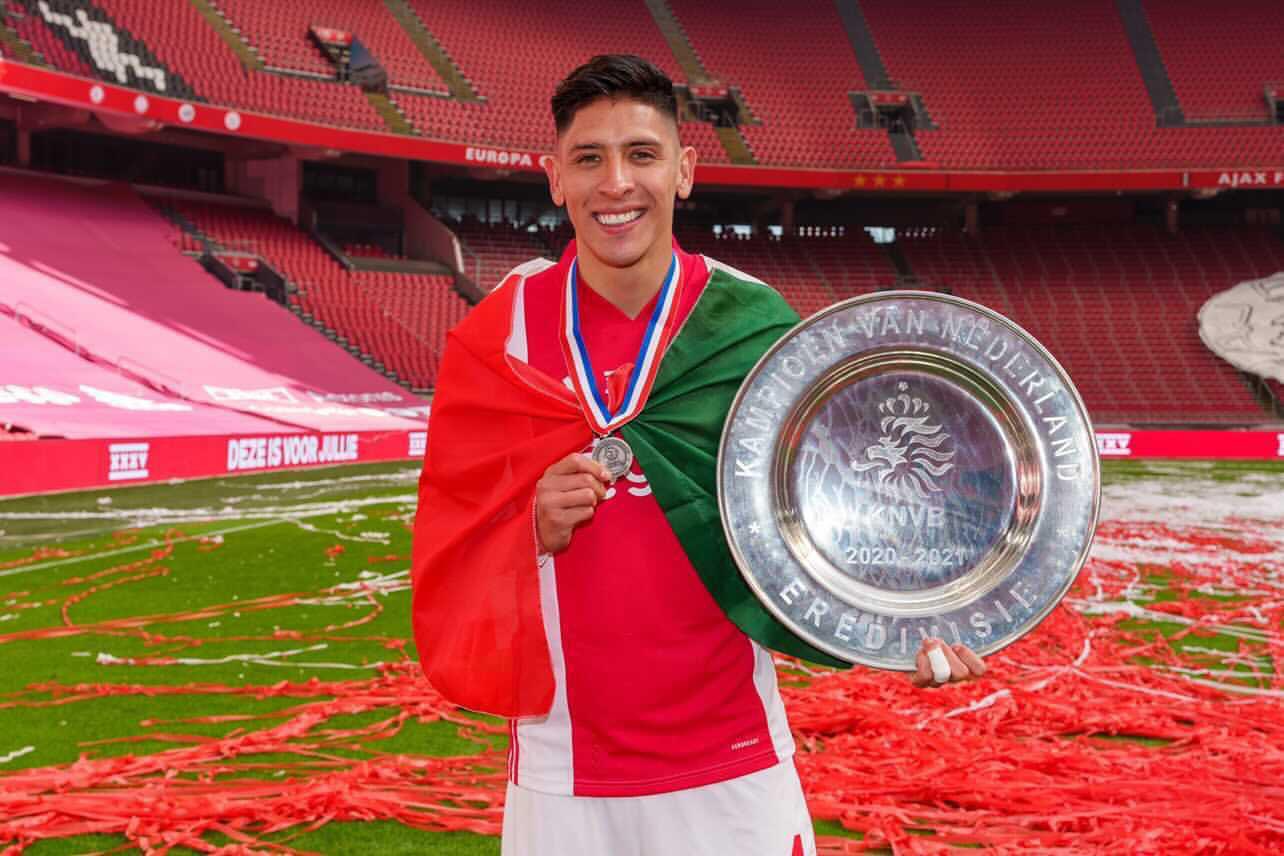 Álvarez Gets A Second Title!

Edson Álvarez continued to make headlines this year by adding his second title in the old country. Ajax clinched the Eredivisie title by a decisive 4-0 victory over FC Emmen. El Machin played the full 90 minutes for the Lancers, receiving his second title in two weeks (five total career titles) as he celebrated with family and fans. With only a few matches to go in the season, the Sons of the Gods maximized El Machin’s abilities by giving him over 1,500+ minutes.

NEXT MATCH: Sun., May. 9th against Feyernoord (Eredivisie)

Guardado Starts, Lainez is Out!

One-half of the Mexican Real Betis Dynamic Duo saw action this week. Andrés Guardado got the start for the Green and White while Diego Lainez was not on the roster due to injury. El Principito was subbed out in the 71st minute as Betis left the encounter with a 1-1 draw against Valladolid. If the season ended today, this puts Los Verdes in seventh place in La Liga and out of the Europa League. Betis still has time to make ground and must focus on adding points in all their remaining encounters.

Chucky Back in The Starting Line up!

After several months of coming off the bench, Hirving “Chucky” Lozano got the start for Napoli. The Gli Azzuri faced off against Cagliari as both looked to take the victory. Lozano and his Blues dominated the first quarter of the match by scoring early in the 13th minute and attacking often. Unfortunately for the Naples crew, they would not see the back of the net for the rest of the encounter. Lozano was subbed out in the 68th minute as the Azzuri looked to hold on to their lead. Cagliari’s confidence and momentum shifted their way and they began to attack with desperation as they looked for the equalizer. It was a matter of time for the Isolani to cash in on their efforts as they found the back of the net in stoppage time (90+4′). We hope this start gave skipper Gennaro Gattuso the confidence needed to reconsider adding Lozano back on the starting lineup.

NEXT MATCH: Sat., May. 8th against Spezia (Serie A)