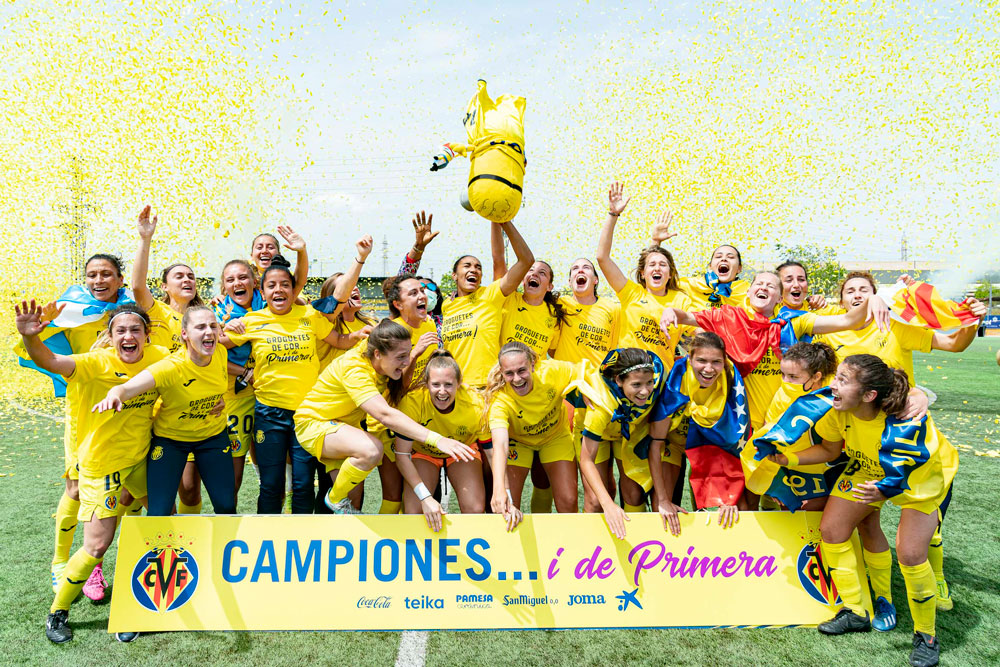 A pretty busy week, as Mexican-American Anika Rodriguez re-signed with PSV for “one more season (through the middle of 2022)” and Mexican-Danish defender Daniella Diaz signed with Brøndby from rival Danish club BSF. Diaz has played with Denmark’s U19s but is eligible to play for Mexico thanks to her mother. Rubí Soto and Villarreal will be going back up to the first division as they clinched the top spot in Spain’s Segunda División.

Daniella Diaz was not on the gameday roster for Brøndby as they beat Thy-ThistedQ 1-0 on Saturday, April 24th. Brøndby sits atop the table with 20 points, one point ahead of Køge. Brøndby and Thy-ThistedQ are set for a rematch on Friday, April 30th in the Final of the DBUs Landspokalturnering for kvinder (Women’s Cup) at 3:00 PM CEST. Their next Elitedivisionen match is on Saturday, May 8th against Køge.

Estefania Fuentes was not on the gameday roster for Sassuolo as they lost 3-0 to Juventus. Sassuolo are in third place with 40 points, eight behind A.C. Milan and 14 behind Juventus. Sassuolo’s next match is on Saturday, May 1st against Hellas Verona at 3:00 PM CEST (Central European Summer Time).

Anika Rodriguez came off of the bench at the half and picked up a yellow card as PSV beat Ajax 3-1. Ceci Santiago was on the bench for PSV, who are now in second place with 33 points, ahead of Ajax by goal differential and behind league leader FC Twente by one point. PSV will play FC Twente in their next match on Sunday, May 2nd at 12:15 PM CEST.

Myra Delgaldillo was not on the gameday roster for SC Braga as they lost 3-2 to SCU Torreense on Sunday, April 25th. Braga are in fourth place with 18 points, four behind third place FC Famalicão and twelve points behind league leaders SL Benfica. Braga will host Clube Albergaria on Sunday, May 2nd at 4:00 PM WEST (Western European Summer Time)

Amanda Pérez was not on the gameday roster for Sporting CP as they beat Clube Albergaria 8-0 on Sunday, April 25th. Sporting is in second place with 28 points, one point behind SL Benfica. Sporting will play against Clube Condeixa/Intermarché on Saturday, May 1st at 4:30 PM WEST.

Paulina Solis was not on the gameday roster for Damaiense as they beat CF Benfica 3-0 on Sunday, April 25th. Damaiense are in fourth place in the Serie Sul table with 21 points and have classified for the Manutenção / Descida (playoff to remain in the Primeira Divisão or be relegated to the Campeonato Nacional II Divisão Feminino). They’ll host Gil Vicente FC on May 2nd at 4:00 PM WEST and play the second leg on May 16th at 4:00 PM WEST.

Pamela Tajonar played all 90 minutes in goal for EDF Logroño as they lost 2-1 to Athletic Club. Logroño are in 17th place with 19 points, three behind Santa Teresa and just one point above last place Deportivo Abanca. Logroño will host Real Betis at 1:00 PM WEST on Saturday, May 1st.

Jimena López played all 90 minutes as SD Eibar lost 2-0 to Santa Teresa. Eibar sit in 13th place with 26 points, two behind 12th place Rayo Vallecano and 49 behind Barcelona. Eibar hosts UDG Tenerife at 10:00 AM WEST on Saturday, May 1st.

Rubí Soto played 62 minutes as Villarreal beat CFF Cáceres 4-0 and secured their promotion back to Liga Iberdrola next season. Villarreal are in first place with 52 points, nine over Albacete. They’ll play UDG Tenerife B on Sunday, May 9th.

Bri Campos played 81 minutes as Vittsjö GIK lost 1-0 to KIF Örebro DFF.  Just two games into the season, Vittsjö are in a four-way tie for fifth place with three points. Their next match is on Sunday, May 2nd against BK Häcken FF.

Katie Johnson played the first half but was subbed off for the second as the Chicago Red Stars lost 3-2 to OL Reign. Johnson completed 10 of 13 passes and had 17 touches. Eliminated from the NWSL Challenge Cup playoffs, Chicago’s next match is their regular season opener against the Portland Thorns on Sunday, May 16th in Portland.

Sabrina Flores was an unused substitute as Gotham FC drew the Washington Spirit 0-0 on Tuesday, April 27th. Gotham FC will host Racing Louisville FC at 12:30 PM on Sunday, May 2nd.