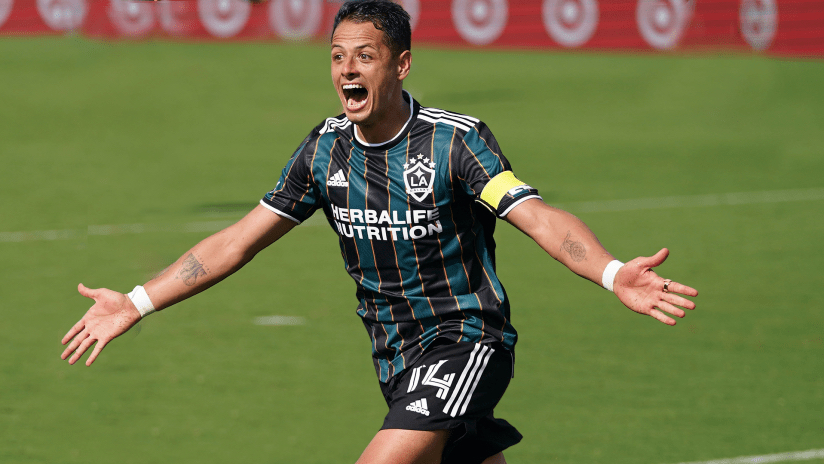 After what felt like an eternity, Major League Soccer returned with all its quirks and overwhelming emotions. Plenty of Mexican soccer stars continued, started or even restarted their journeys in the league over the weekend. Let’s break down the main story lines from Week 1.

Chicharito Is Back (Maybe)!

It was written in the stars, it seems. Or at least through Instagram. After an absolutely tough 2020 season on a professional and personal level, Chicharito kicked off his 2021 campaign with two goals in LA Galaxy’s comeback victory over Inter Miami FC. The first half felt shaky for LA Galaxy as Inter Miami pressured from the early parts of the match, with Hernandez already feeling the familiar skepticism as he failed to properly settle the ball on two chances, including fumbling a pass to Lletget that led to Miami’s first goal just before the end of the first half. But if his social media posts were any indication, this was going to be a different season. One where he was committed to his fitness and his team. And when Chicharito took that run inward into the box, took a touch and shot for his first goal in the 61st minute, it felt validating not only to those watching him this preseason but to himself. He’d earn his signature poacher goal just ten minutes later to level it up again for LA Galaxy, equaling his goal tally from all of last season. This doesn’t guarantee LA Galaxy or Chicharito are going to win it all but for now, it’s a great start and the necessary confidence booster to look ahead to the rest of the season.

Rodolfo Pizarro was also part of the experience that took place on Sunday and despite being on the losing side, he showed flashes of his talent within the first 45 minutes and even got his team a favorable (and debatable) penalty kick early in the second half. He was subbed out at the 83rd minute.

"Last season was so difficult…I just want to be part of an unbelievable season and lift the trophy."

– @CH14_ after scoring two goals in the #LAGalaxy win. pic.twitter.com/ruJljjbNCx

Vela’s Opener Comes to a Halt

I wish I had more to say about Vela’s season opener against Austin FC and frankly, I think he does too. Just ____ minutes into the match, Vela seemed to overstretch himself to get a through ball and showed immediate discomfort following the play. He would then signal to his team staff that he needed to be examined, a gestured Bob Bradley took as him wanting to be subbed off. A call not without warrant. A similar incident took place last season during a match against LA Galaxy that saw Vela miss out the remainder of the season. Still, a lack of proper communication was evident, one that left Vela visibly frustrated and compelled Bradley to take accountability.

LAFC would go on to win the match 2-0 thanks to goals from Baird and Cifuentes. A confident victory without Vela and without Rossi (who was ruled out for this match) is comforting and hoping there’s no confusion next game, will be even stronger with Vela involved.

You can see Vela's confusion right here in the video about being subbed out.

Bob Bradley just now on the broadcast about the decision: "Yeah I might have jumped the gun, that might be my fault. I'm not sure. He gave us the sign early on that he needed to come off, I thought." https://t.co/5VSv8SIXcC

Others Need Time to Adjust

San Jose and their flock of Mexican players including Oswaldo Alanis, Carlos Fierro and newly signed Eduardo “Chofis” Lopez came up short in their 2-1 loss against the Houston Dynamo. All three started the match with Chofis making his MLS debut with a little scuffle during the match. The former Chivas player still has a ways to go before he finds good form according to head coach Matias Almeyda but nothing he seems to worry about.

Meanwhile, Alan Pulido subbed on in the 77th minute in Sporting KC’s 2-1 victory over New York Red Bulls and Jurgen Damm came on in the 83rd minute in Atlanta United’s 0-0 draw against Orlando.