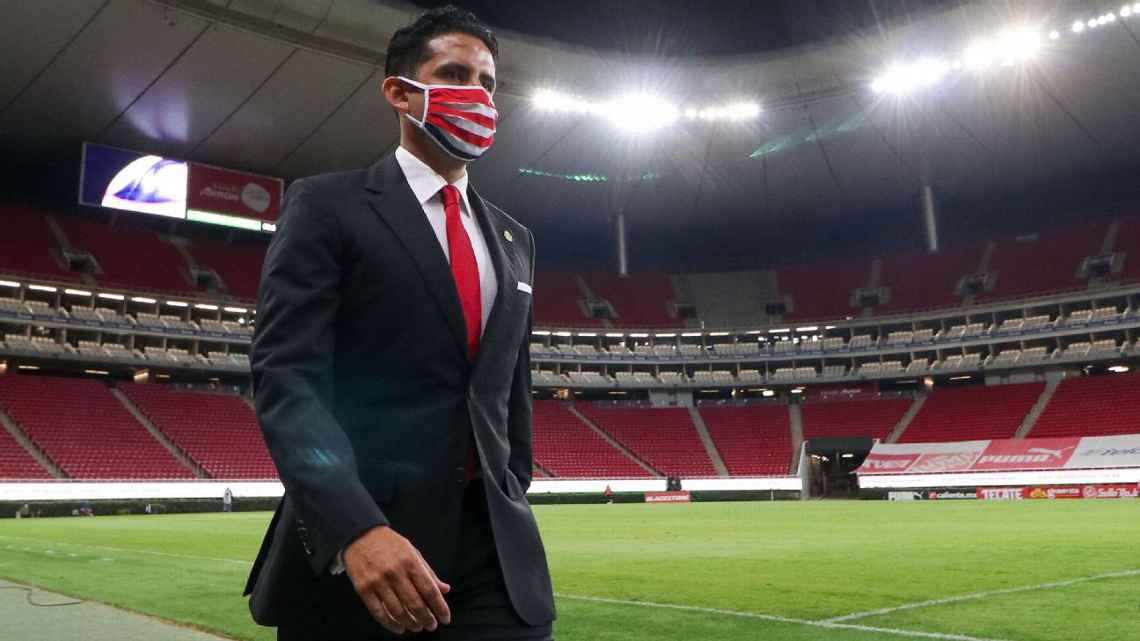 After 14 matches, Chivas Femenil now sit in second place, even though both media and fans alike expected them to flop after a tumultuous off-season that saw the team part with 10 players, including big names such as María Sánchez, Janelly Farías, Andrea Sánchez, Nicole Pérez, and Norma Palafox. Predictions ranged from Chivas not qualifying or to them only barely making it. On the cusp of the international window, they’ve since booked their ticket with three matches to go.

What has been the key to Chivas’ success?

Many place the focus on the monster season Alicia Cervantes is having (she currently leads the golden boot race with 16 goals), and alongside Carolina Jaramillo, Joseline Montoya, and Isabella Gutiérrez, they have propelled the team to be the second best offense of the regular season, just one goal shy of Monterrey. But thinking these players just stumbled into place by themselves seems like a narrow approach. And it’s time we start giving coach Edgar Mejía the credit he is due.

“They’re taking this game by game”,

“This is all on the players”

“We’re proud of Alicia Cervantes, but every goal and call up are the result of the team playing alongside her”

“We’re not the best because we won, and not the worst when we lose”

In this final stretch of the season, where the toughest match ups in the league were due for Chivas Femenil, “Chore” Mejía has started to loosen up a little. It seems like he’s finally shedding the burdens of joining a team in crisis mode, of being questioned upon arrival, and of being doubted upon.

The Clásico Tapatío was a turning point as the team managed to stay in the game and compete against an Atlas that was becoming a nightmare for them to secure a 3-3 draw. After a 3-0 win vs Puebla on their next game, the next big test came against América in the Clásico Nacional. Despite injuries and a seeming decline under then-coach Leonardo Cuéllar, América posed a huge mental block for Chivas, having eliminated them in their previous Liguilla meetings.

Chore’s statement before the Clásico Nacional were declarative in their approach, addressing for the first time the perception fans and media had of the team: “At first no one believed in us, today I dare mention it. No one, no one, no one thought we could be fighting for a championship or the top of the standings, but we knew perfectly what we were doing and what the players could give. They’ve done everything, they’ve given their soul, life and heart to the project, to the club. There’s a huge team, and great people.”

A statement win was needed, and the team delivered, with a 4-2 win that conjured the magic of Chivas’ previous visit to the Azteca in 2017 (that ended in their first title).

Mejía has shown he indeed has the knowledge of his players’ potential. He’s been able to neutralize situations that they found overwhelming last season, displaying a smart use of their best weapons. He’s shifted his usual 4-2-3-1 formation to a 4-4-1-1 that deployed Alicia Cervantes and Carolina Jaramillo to permanently pressure América’s centre-backs, causing mistakes that ended up in goals for Chivas.

An underrated aspect of Cervantes is her ability to compete physically. She makes great use of her upper body control, which can be credited to her practicing volleyball and basketball during her childhood. Senior national team coach Mónica Vergara has clearly taken note, and during Mexico’s recent match against Slovakia, tried to use Cervantes in a similar way. Overall, the team might have slipped (not so) slightly on the fair play rankings, but they’ve made up for it by being unfazed by physically challenging matches, something that proved lethal to them last season.

This Chivas team seems to be learning and improving their mistakes with each game, and the switches in position from some players (left-back Araceli Torres has been used as a right-back, even delivering an assist in that capacity, with Lía Romero going at times from right wing to right-back), have shown Mejía’s skill at communicating a system players trust in, and identifying ways to make the most of his roster.

The importance of mending a visibly broken locker room during the preseason is also something that he had not expanded upon until this week, during an interview posted by the club.

“There was a crucial part of the season where we had a late-night — a three or four-hour talk, where we closed ranks and the ship sailed that day. It’s not something that happened today or a month ago, the ship sailed after that very strong talk. Players and staff knew people deserved a lot more from us as a team. So far, we’re happy and we’re hungry for more. The thing I bet on the most is the human aspect. The entire staff decided to set the standard ten steps higher. It takes time, work, energy, yes, but the players deserve it. They committed to us, and the least I could do as a leader was to give them back the same or better tools.”

Being a Chivas man through and through (he developed and played there since his debut in 2006 until 2012, and won a league title at the club), Mejía has a deep understanding of the weight and duties that come with playing at such a historic place. In a league that’s often described as “Tigres and Monterrey plus everyone else”, and where at times it seems to be dominated by teams who are pushed more by their star-studded rosters, rather than by sound and strong tactics, Mejía and Chivas Femenil seem poised to prove that the team labelled as prime contender for disappointment of the season can put up a fight. With a schedule that has them facing Rayadas and Tigres in their final two games of regular season, they have their work cut out for them.

In the meantime, Edgar Mejía has made his ambitions clear.

“I’ve obviously spoken a lot to them, not just against América, but as Chivas Femenil history in itself, what is in my mind, and I hope I get to do, is to build a Campeonísimas of the women’s team as well.”

The titles have yet to come but it seems like Chivas Femenil are well on their way to building a legacy, against all expectations.