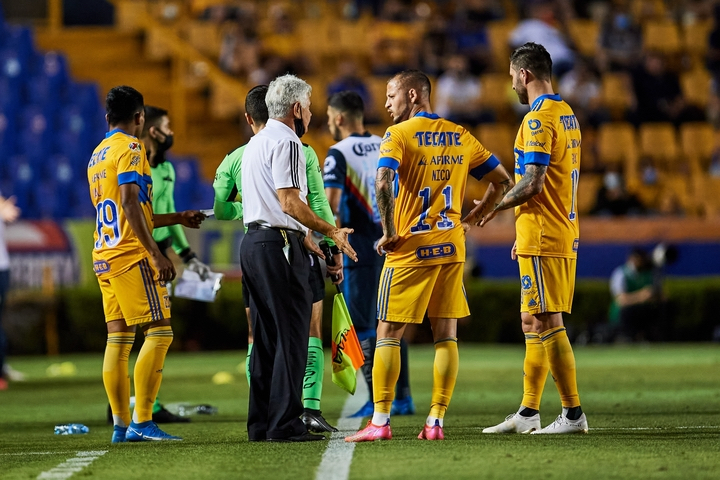 Pablo Guede resigned early Monday afternoon as Tijuana manager after a disappointing performance that saw his team squander a two-goal lead, and with the regular season almost over, it is worth taking a look at who is on the hot seat (and who perhaps should be).

1.) Tuca Ferretti – The calls from fans to show the 67-year-old the door grow louder every week, and after losing to América this past weekend, they’re as loud as they’ve been in Ferretti’s eleven-year tenure at the helm of Tigres. Against América, Tigres looked flat and simply outgunned. And while the fans are justifiably upset at this roster being in real danger of missing the repechaje, I’m not convinced it’s time to show Tuca the door just yet. América is having an incredible season, with the only challenger being a Cruz Azul that is reeling off 12 straight wins. I can’t get that mad if Tigres fell flat against a team that already has 10 wins in 13 games.

Looking ahead, Ferretti is as wily as they come and it wouldn’t surprise me one bit for Tigres to eke into the repechaje and proceed to go on a deep run into the playoffs. Tigres has historically started slow and then caught fire late in the season, and there’s no indication this season couldn’t be any different. Tigres also (at the time of this writing) has a game in hand against FC Juárez, who have struggled this season. A win against Bravos on Wednesday and Tigres jumps all the way to ninth place with games against struggling Pumas and Chivas sandwiching the Clásico Regio match against Monterrey. Even if Tigres somehow misses out on the repechaje, I don’t think you show Ferretti the door. I think his leash in the 2021 Apertura should be very short, but I think a manager who has five titles in eleven years is entitled to one poor season.

2.) Víctor Manuel Vucetich – Managing Chivas is no easy task, but in fairness you know what you’re getting into when you sign up for the job. Víctor Manuel Vucetich knew when he accepted the job that his seat was starting out hot and would only get hotter. A poor season from Chivas has made his job security a constant source of speculation from the pundits, and the listless 1-0 loss to Cruz Azul this past week was just more fuel on that fire.

I don’t know what you gain by firing him now, but for me he should probably be let go at the end of the season if Chivas doesn’t make the repechaje. I am not basing this solely off of the loss to Cruz Azul, but losses to Atlético San Luis and Juárez, the ugly loss to América, and draws against Necaxa and Pachuca, all of which are out of the repechaje at the moment. Chivas needs some direction, and quite frankly I don’t think Vucetich is a manager who can steer an entire organization, especially one with the constraints that Chivas has both in terms of player selection and finances. If he can somehow win out (not bloody likely, with games against Atlas and Tigres coming up) and/or make a run in the playoffs then maybe he stays but I don’t see that happening.

3.) Leonel Rocco – Atlético San Luis wasn’t expected to do much, and they’ve delivered on that this season. I’m not sure what the expectations even should be for the team. Ostensibly they were supposed to serve as a feeder club to Atlético Madrid, using one of the best leagues in the Americas to develop young players who would return to Europe ready to play alongside players like Luis Suárez and Jan Oblak. While Nicolás Ibáñez and Axel Werner are decent enough players, neither Suárez nor Oblak should lose any sleep about their jobs.

That said, Atlético San Luis should also seek to be competitive, which they haven’t been to a large extent. They’ve lost eight games which ties Necaxa for the most of any club this season, and they still have games against Puebla and Cruz Azul left. For a manager whose most notable achievement was being sent off for using a homophobic slur against a referee before a member of his team was credibly accused of racially abusing a player on an opposing team, there’s no reason not to fire him.