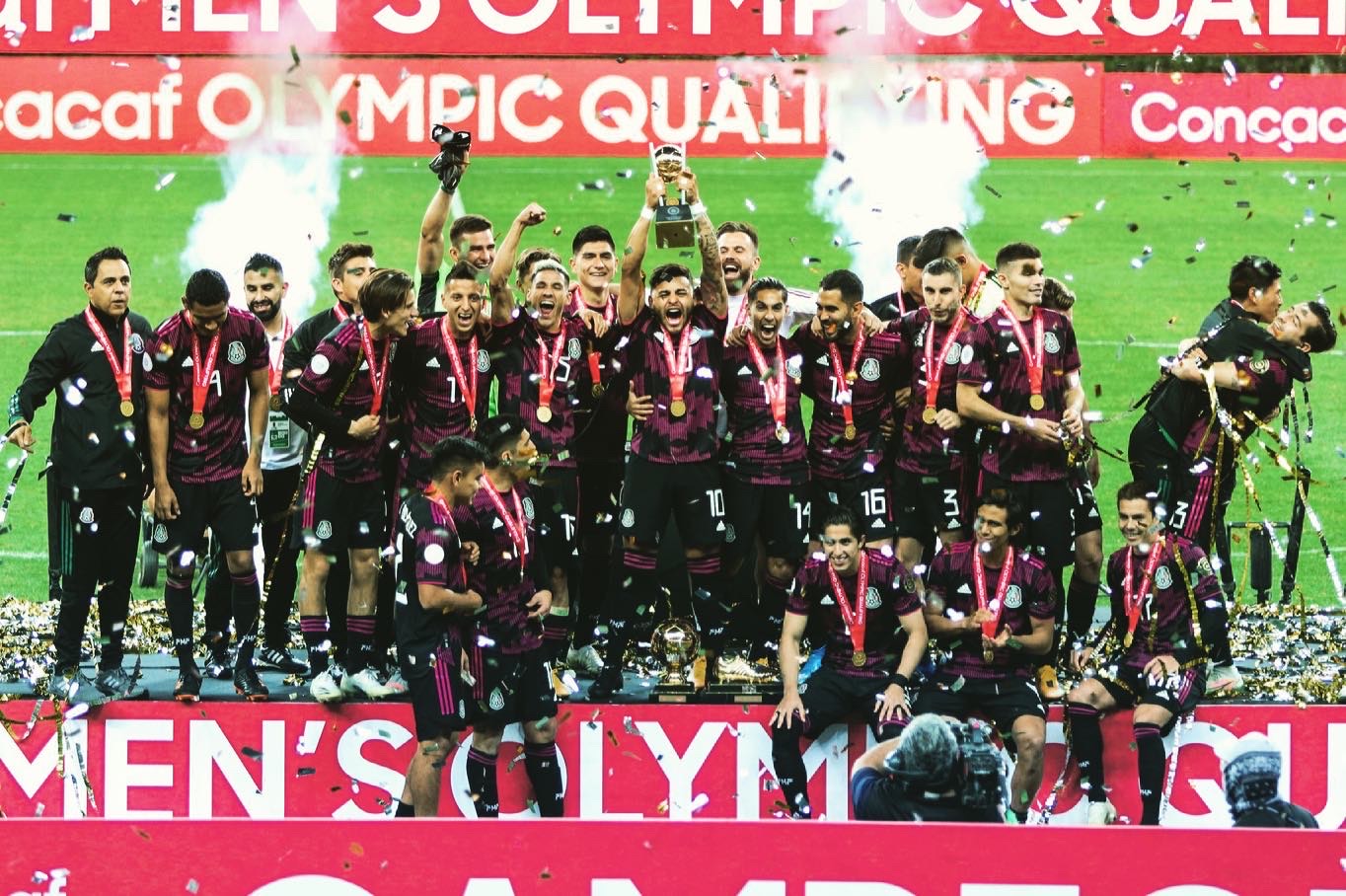 The Honduras hurdle was cleared, but more will be needed for a title tilt in Tokyo. Last night’s conquest of Los Catrachos was a close-run thing for Jimmy Lozano’s men, who won’t have any margin for error once the summer rolls around.

In their first real test of this Olympic Qualifying tournament, El Tri failed to find the fluidity that had characterized their previous performances. An obdurate Honduran outfit had their hosts on the ropes for a large chuck of the second stanza, with Sebastián Jurado called into action on numerous occasions.

The Cruz Azul shot-stopper’s stand-out showing kept his team in the match, and it was his penalty save on Juan Carlos Obregón that ultimately made the difference. Although the gifted netminder stood on his head, he is unlikely to be between the sticks for his nation’s debut duel in the Land of the Rising Sun.

That has less to do with regular starter Luis Malagón’s timely recovery from a dislocated elbow than it does with FIFA regulations, which permit the inclusion of three over-aged players in the final squad. Since that rule was introduced ahead of Atlanta 1996 Mexico have brought a veteran goalkeeper along as part of three of their four Olympic traveling parties.

The lone exception was in Athens 2004, when Jesús Corona and Guillermo Ochoa were both in the nascent stages of their professional careers. The former wore the number 1 shirt for Ricardo La Volpe back in Greece, but it is the latter who is the prime candidate to don the gloves this time around.

Reinforcing the spine of the side is a prudent strategy, and that maxim should guide Lozano’s other two picks. Carlos Salcedo has been much maligned by some fans, but he is still his country’s premier defender. “El Titan” could form a solid partnership with Pumas stalwart Johan Vásquez, who would be allowed to return to his favored left center-back spot.

After Oribe Peralta’s heroics in London 2012, the option of selecting an experienced striker is an enticing one. Raúl Jiménez would be the natural fit, but it remains to be seen if the Wolves hitman recovers in time from his gruesome skull fracture. If “El Lobo Mexicano” is still tethered to the treatment table, another A-list attacker would be the best backup. That would mean taking either Hirving Lozano or Jesús “Tecatito” Corona.

Either would add an extra element to an offense packed with promising talents, but “Chucky” brings big tournament credentials after his leading role in Russia 2018. Moreover, the Pachuca product has overcome plenty of adversity to star in Serie A this season, and that type of fighting spirit could prove invaluable in Japan.

Ochoa, Salcedo, and “Chucky” would be a terrific trio for El Tri, but there is no guarantee that whoever Jimmy chooses to call-up will be available. Gerardo Martino has said that the U-23’s have priority when it comes to picking players (the Gold Cup gets underway just 11 days before the Olympics begin), but there is no guarantee that Napoli would release one of their most valuable assets for a competition that falls outside an official FIFA match window.

It would be a shame if club-country politics kept Mexico from fielding the best side possible, especially considering this current crop’s potential. The pieces are in place to surpass the 2016 vintage’s disappointing group stage exit, and from there a path to glory can be mapped out. Striking gold again will be tough, but it is a far more realistic possibility if “El Actor” gets his preferred personnel.

Subs Set Mexico On Their Way
To Top