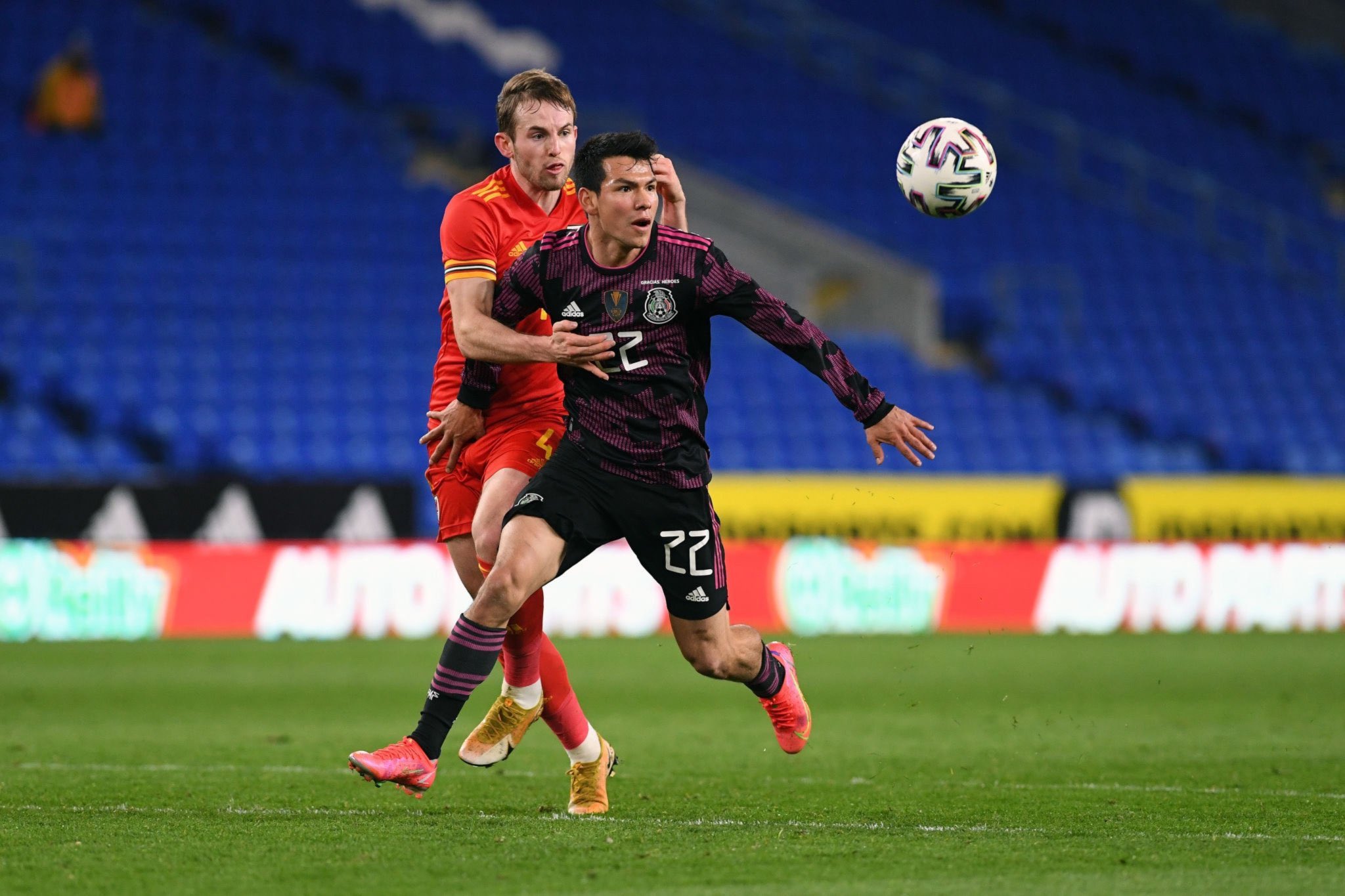 The lack of a number 9 has captured all the headlines, but yesterday’s Cardiff collapse exposed El Tri’s problems at the number 10 position. Gerardo Martino’s men struggled to find a  spark on a chilly night in the Welsh capital, and that lack of punch can only partially be ascribed to the absence of a recognized target man.

“Tata’s” tried-and-true 4-3-3 formation focuses on attacking down the flanks, but his striker is key to making that system a success. That player serves not only as a battering ram but also as a central creator who drops deep to link play between the lines.

Raúl Jiménez interprets that role to perfection, but it is not Hirving Lozano’s specialty. “Chucky” has been fielded there on occasion during his time at Napoli, but he is far more effective on the wings. The Pachuca product tried his best, but a dearth of quality service meant that he was a peripheral figure for much of the 90 minutes.

The voracious pressure exerted by a second-string Wales side did exacerbate that issue. El Tri were rarely capable of connecting passes through a congested middle third, with wave after wave of attack crashing against the barricades erected by a well-trained home backline.

Although the hosts must be credited for their commitment to preserving a slender advantage,“Tata” deserves his fair share of blame for faulty personnel decisions and tactical inflexibility. The Argentinean manager could not control the late injury issues that kept Alan Pulido and Henry Martín out, but he could have selected a midfield that was more fit for purpose.

Tried-and-trusted trio Edson Álvarez, Andrés Guardado and Héctor Herrera are all proven European performers, but despite their collective comfort on the ball their styles are far too similar to function properly against a dogged defense.

There was a lack of invention in the engine room, and the introduction of Rodolfo Pizarro just after the hour mark did little to help matters. The Inter Miami man is a skillful schemer on his day, but he visibly looked like someone who hadn’t participated in a competitive match since November.

The former Chivas star’s career has stagnated in recent seasons, but he is still one of the few players in this pool who is comfortable creating in central spaces. Olympic qualifying standout Sebastián Córdova is another option but maximizing the América ace’s evident talent would require a rethink.

There is no room for a number 10 in Martino’s preferred setup. That’s fine when Jiménez is fully fit, but the absence of a viable tactical alternative is worrying. The ex-Barcelona boss has had more than two years to implement a practical plan B, but Mexico are no closer to that necessary back-up plan than they were when he took over.

Although this surprise setback will sting, it is better to learn these painful lessons now than in Qatar. A CONCACAF competition will not provide a proper parameter ahead of the World Cup, and a crowded calendar for elite European and South American National Teams over the next 18 months means that El Tri will have precious few opportunities for meaningful preparation. As a result, it is better to learn while losing than it is to steamroll subpar sides between now and November 2022.