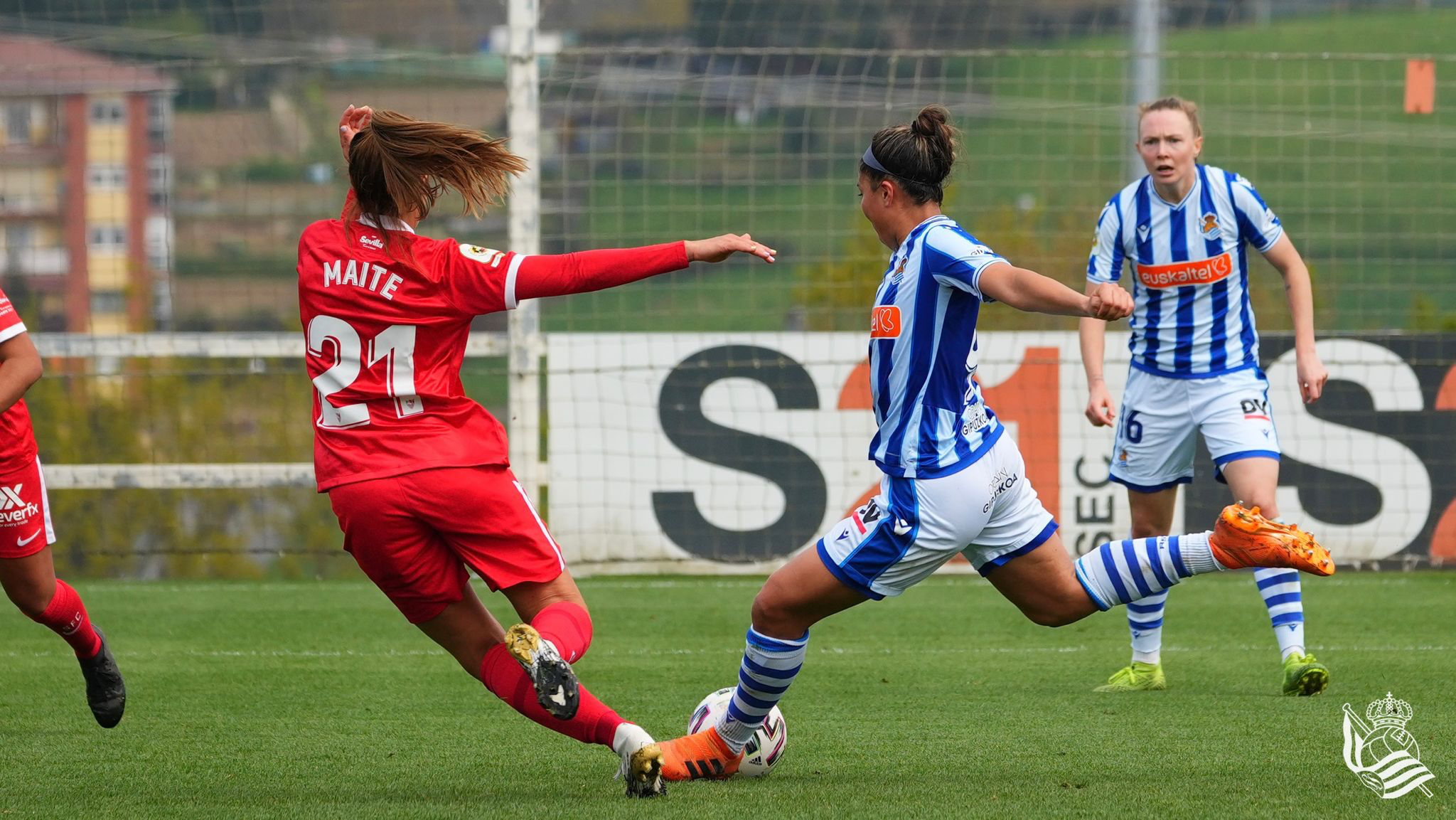 There were quite a few Mexicanas Abroad who saw playing time this week, and the impact they had was profound. Kudos to Anika Rodriguez, Kiana Palacios, and Rubí Soto for all scoring this week, and also shout out to Pamela Tajonar on the clean sheet.

Estefania Fuentes was on the bench as U.S. Sassuolo Femminile beat San Marino Academy 2-0 on March 21s. They’ll now face Florentia San Gimignano on the road on Saturday, March 27th at 12:30 PM CET. Sassuolo sit in third place on the table with 37 points, five points behind second place A.C. Milan and 11 behind Juventus.

Myra Delgaldillo came on in the 66th minute as Braga beat CS Marítimo Madeira 2-1 on March 21st. Their next match is against Clube Condeixa/Intermarché on Sunday, March 28th at 4:00 PM WET. Braga sits in third place with 34 points, eight behind Benfica and Sporting.

Amanda Pérez was not on the gameday roster as Sporting beat FC Famalicão 1-0 on March 21st. Their next match is against SCU Torreense on Saturday, March 27th at 4:00 PM WET. Despite being tied with Benfica atop the table at 42 points, they trail by goal differential (Sporting is +59 while Benfica is +97).

Paulina Solís and Damaiense had the week off with the rest of the Primeira Divisião. They’ll return to action against Amora FC on Sunday, March 28th at 3:00 PM WET. Damaiense sits in third place with 15 points, one behind second place Estoril Praia and 11 points behind Amora.

Jimena López played all 90 minutes but Eibar lost to Espanyol 1-0. They host Rayo Vallecano on Saturday, March 27th at 5:00 PM CET. Eibar sits in 12th, tied with Rayo Vallecano on points. They both trail Huelva by two points and league leaders Barcelona by 38.

Kenti Robles played all 90 minutes and had an assist despite Real Madrid losing 2-1 to Levante. They’ll be away at Deportivo Abanca on Saturday, March 27th at 12:00 PM CET. Real Madrid is in third place with 47 points, four behind second place Levante and 13 behind Barcelona.

Charlyn Corral was not on the gameday roster as Atletico Madrid lost 1-0 to Huelva. They’ll face Valencia on Sunday, March 28th at 7:30 PM CET. Atleti sits in sixth place with 41 points, three behind Real Sociedad and 19 behind Barcelona.

Pamela Tajonar got the shutout as Logroño beat Deportivo Abanca 3-0. They’ll face Levante on Saturday, March 27th at 4:00 PM CET. Logroño is in 15th place with 19 points, two behind Espanyol and 39 behind Barça.

Kiana Palacios played 80 minutes and got a goal as Real Sociedad drew Sevilla 2-2. They’ll face Espanyol in Barcelona on Sunday, March 28th at 3:00 PM CET. Real Sociedad sits in fifth place with 44 points, one behind Madrid CFF and 16 behind Barcelona.

Rubí Soto scored in the 50th minute and was subbed out in the 83rd as Villarreal thrashed CFF Cáceres 5-0. They’ll host Tenerife B on Sunday, March 28th at 11:00 AM CET. They sit atop the Segunda Fase table with their win and +5 goal differential.

Sabrina Flores came on as a sub to start the second half as Sky Blue beat the University of Virginia 4-0 in a friendly. No word on whether UVA’s Diana Ordonez played.