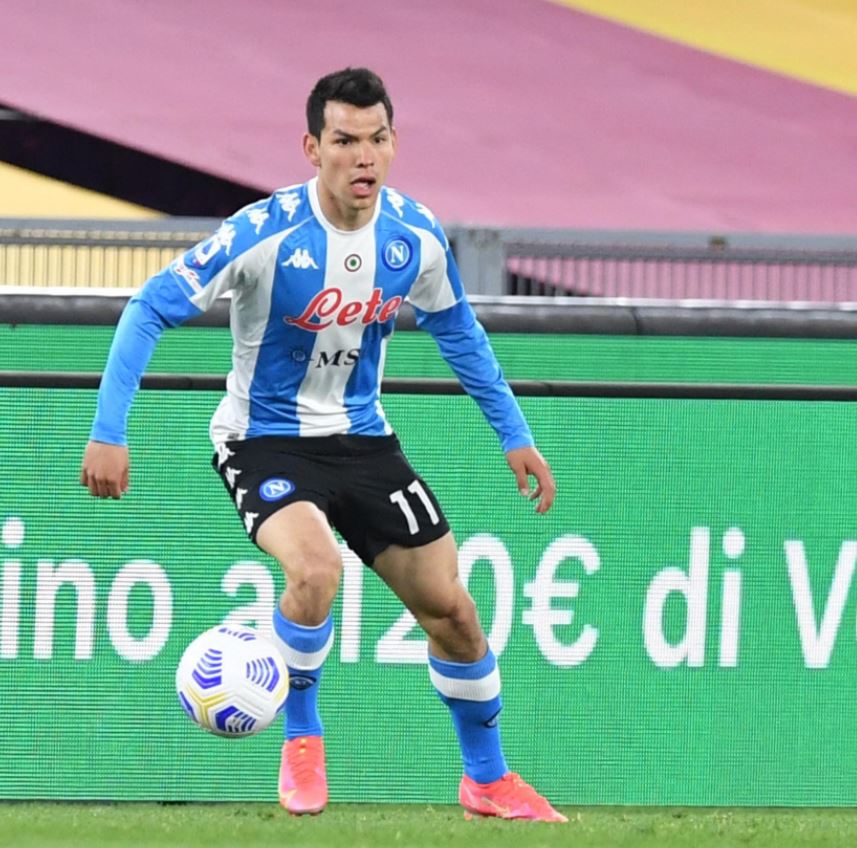 After being out for five-weeks, Hirving “Chucky” Lozano is back on the pitch for Napoli. The Gli Azzurri managed to stay competitive during Lozano’s absence, winning five out of their seven matches in all competitions. The Blue’s fortunately regain Chucky’s speed and explosive game play as they approach the final leg of the Serie A season. Lozano entered the game in the 73rd minute after his team maintained a 2-0 lead over Roma. Napoli was able to hold off the ruthless attack of the La Magica by adding three more points this season.

Chucky will now join the Mexican National team for their encounter against Wales on Saturday, March 27th.

NEXT MATCH: Sat., Apr. 3rd against Crotone (Serie A)

Edson Álvarez showed no signs of slowing down as he added two more starts and a goal last week. Ajax’s first meeting was against the Young Boys in the final leg of the Europa League Round of 16. Edson played the full 90 minutes and performed a major role in shutting out the Yellow and Black during their 2-0 (aggregate 5-0) win. The Lancer’s second encounter during the weekend was against Den Haag. El Machin got the start once again and played a solid 54 minutes. Ajax dominated their opponents by netting five unanswered goals. Álvarez participated in the onslaught of goals by chipping in the third goal of the competition in the 32nd minute.2u3i4o

El Machin will now join his fellow countrymen for this weekend’s encounter against Wales.

Both Mexicans with the Start

Both Andrés Guardado and Diego Lainez got the start for Real Betis in the match. The two Aztecs looked good on the pitch as they elevated their team’s play. Guardado played the full 90 minutes and maintained the midfield. Lainez held his own in the attack and helped his team distribute and maintain position in the box. Diego Lainez was subbed out in the 66th minute. Los Verdiblancos finally broke through in the second half and scored two unanswered goals for the victory.

Both Mexican Internationals will join the rest of their squad to face off against the Wales National Football Team.