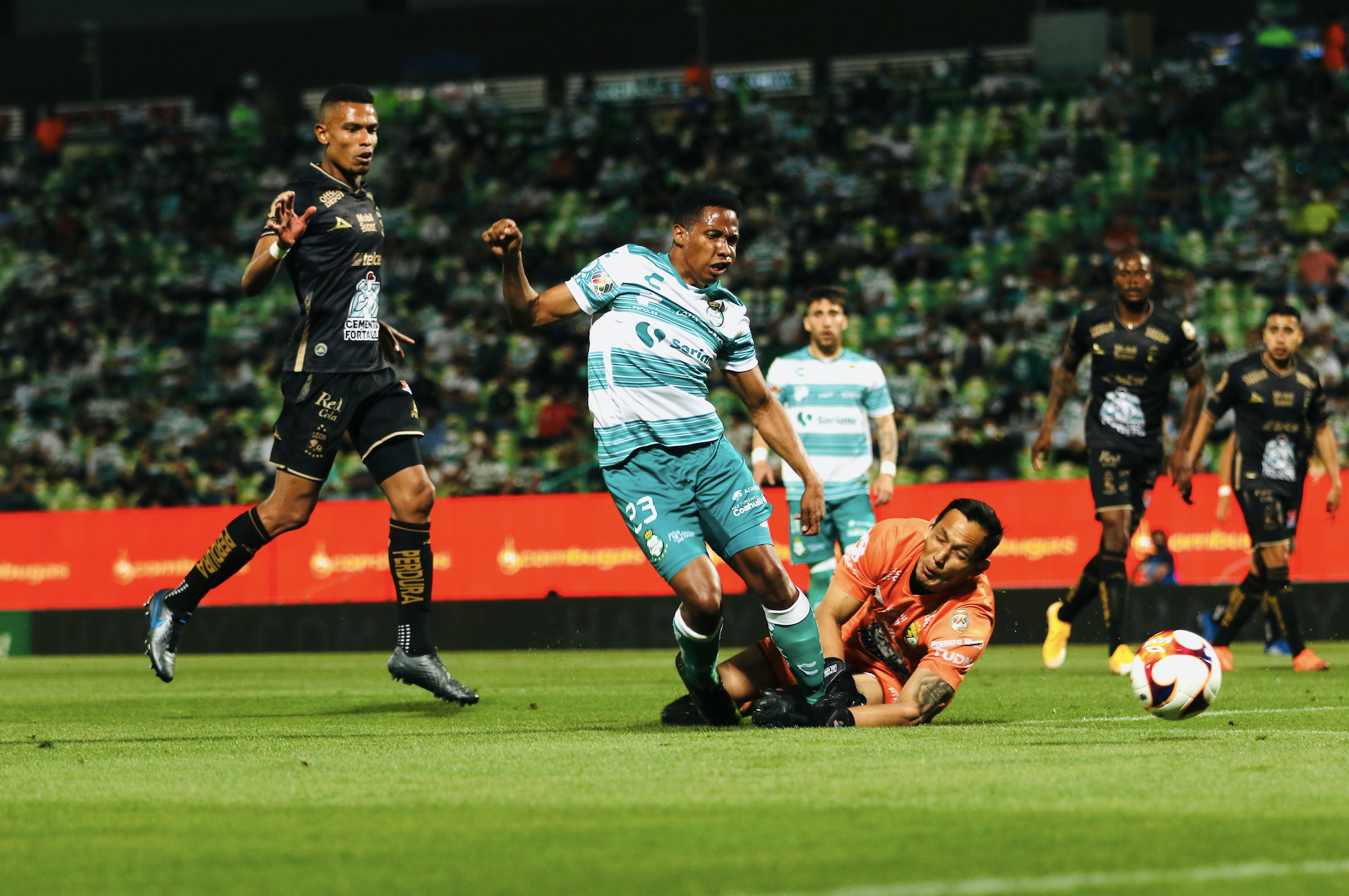 VAR is a fact of soccer life in 2021, much the way stadiums at 1/10th of their old capacity or press conferences via Zoom are. You may not like them, but they’re all here to stay and in a lot of ways they can make the experience better. Zoom conferences allow people who can’t attend events physically for a myriad of reasons to participate, not having stadiums full of people can make for a more intimate experience, and VAR can help referees make good decisions that impact the match. This past weekend we saw matches whose outcomes were impacted by VAR and the decisions made by the referees and VAR crews.

1.) Juárez wasted a legitimate opportunity granted by VAR – Late in the match, Necaxa and Juárez were locked in a 0-0 match that looked destined to end that way until Eryc “Culebra” Castillo attempted a shot in the box that hit the arm of defender Jair Pereira. Initially missed by referee Oscar Macías, the VAR crew and Macías got the call right and awarded a penalty to Los Bravos. While the refereeing crew did their job, Dario Lezcano didn’t do his, sending the penalty kick well high of the target and into the stands. Necaxa wound up scoring in stoppage to get all three points, with no fault to the referees on that one.

2.) San Luis had three goals overturned due to VAR – Three goals sounds like a lot to have overturned, but I think all three were correct. In the first incident, Nicolás Ibáñez kicks Talavera, who was holding the ball, and knocks the ball into the net. A dangerous play and one that for me was correctly called by Marco Ortíz and the VAR crew. In the second incident, the ball was headed by Ibáñez but was redirected by his arm. Then in the third one, Ibáñez was in an offside position when the ball was played forward, and again Ortíz and the VAR crew got it right. And while San Luis players, coaches, and fans were absolutely furious about the outcome, the rules are pretty clear on all three.

3.) Santos and León both were helped by VAR, but… – There were three VAR calls in this one, two of which panned out and one that didn’t. Early on León’s Luis “Chapito” Montes flicked a ball into the arm of Santos center back Félix Torres. Initially referee Oscar Mejía García allowed play to continue, but after consulting with the VAR crew during a play stoppage, decided to award a penalty. It was an unfortunate call against the defender but ultimately was the right one. Ángel Mena converted the penalty, but a few minutes later it was Santos’ turn when Omar Campos attempted a cross that hit Santiago Colombatto in the arm in the box. Mejía García ruled it a penalty, then went to VAR to confirm the justified call. Fernando Gorriarán converted the subsequent penalty and the teams were tied. León eventually got a go-ahead goal and in stoppage Santos forward Andrés Ibargüen attempted a shot in the box that grazed off of Colombatto in the shoulder/biceps area before making its way to Torres, whose shot looked like it might have hit off of the hand of center back Stiven Barreiro. Both were reviewed by Mejía García and both were ruled to not have been a handball. The Colombatto touch really could have gone either way, and Barreiro might or might not have made contact with the ball. Santos was upset about it, León felt vindicated, and either way it was an unsatisfying way to end a match that pointed out that while VAR often does help make the right call, sometimes it has its limitations.