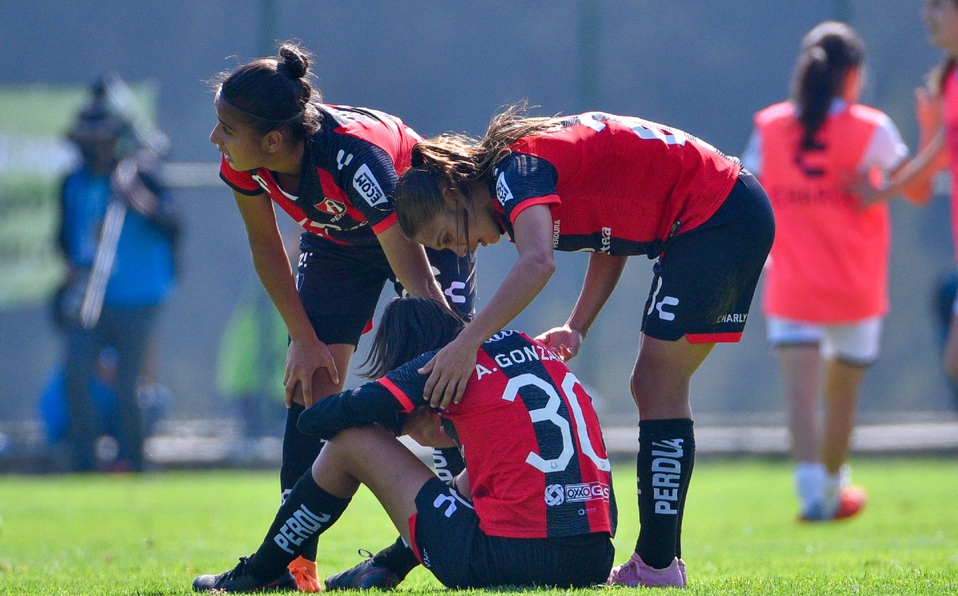 What a good round of quarterfinal matches, right? Let’s get right to it. Here are my three things from the Liguilla:

This upset loss shouldn’t define Atlas. I want to wait until I deservingly praise Queretaro for the absolute brilliant fight they showed to come back and get the victory and instead focus on the team that was left with their heads down at the end of those 90 minutes on Monday morning. The two goals from Robles and Iturbide early one highlighted the power Atlas possesses to capitalize on their opportunities – a similar theme to when they were able to secure the game-winner in the first leg. And while Queretaro pulled off the game of the season, Atlas Femenil still went from a massive loss to Cruz Azul in the second week of the regular to undefeated until they faced Tigres in Jornada 14. Two losses in 17 weeks of matches, second place in the league with a historic 41 points earned. Not to mention the absolute dynamite star the team has in Alison Gonzalez who – with a season-ending 18 goals in 19 matches – will no doubt continue to make her name in the league and future national team endeavors. Atlas Femenil deserves to get continued support and it will be exciting to see what Samayoa has in store for next season.

Chivas Femenil has found a light that should aim to shine brighter. There were various obstacles that hindered Chivas Femenil. Two losses to finish out the regular season weren’t ideal. Neither was losing Licha Cervantes to injury and Chore Mejia’s guidance on the sidelines. America might’ve secured their spot in the Liguilla with a goal from Marlyn Campa in the 59th minute of the second leg but Licha Cervantes’ golazo and Isabella Gutierrez’s first goal with the team at the end of the match showed the fight this team has found throughout this season within a reawakened mentality. Some players might not return next season, but that fight will still hopefully be there.

I really don’t want another Regia Final. I love Tigres Femenil. I love Rayadas. I remember how excited I was to watch them face off against each other last December (can you believe it’s been a whole year) in a final filled with fans who were falling in love with women’s soccer. But I would also love to have a new champion. We don’t want the league to become a contest of which top two team will win a lá La Liga with Barcelona and Real Madrid. It’s not only up to us, however. We need more teams and coaches like Carla Rossi who are implementing effective systems that show an honest investment in the lower teams. A Final Regia wouldn’t be boring, but it would be fun to see something different.

Liga MX Femenil deserves better. Atlas-Queretaro still ended up trending in Mexico, but it deserved better than a Monday morning time slot after the Thanksgiving break. In fact, both legs of the quarterfinals deserved better time slots. America-Chivas on Friday morning still got over 33,000 views on their FB broadcast alone, but it deserved better. Time and time again we see that those willing to watch the league will find a way, including through dodgy streams provided by those that know there’s an audience. The pandemic has created a financial burden on all industries but the league should realize investment is completely worth it.