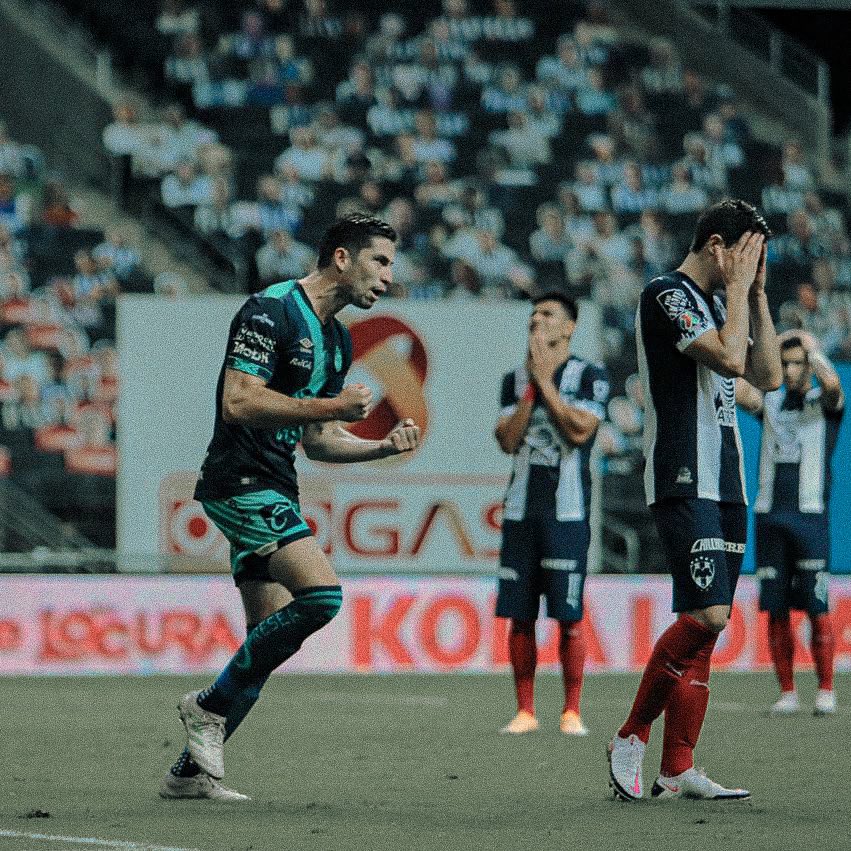 After another sparkling regular season, León’s acid test begins in earnest. It remains to be seen whether or not Nacho Ambriz and company have banished the ghosts of postseasons past, and plucky Puebla are capable of giving them a scare.

Los Esmeraldas have been in this position before. They posted a record 41 points during the Clausura 2019 season before falling at the final hurdle to Tigres, while a second-placed finish the following campaign precipitated an unexpected elimination at the hands of Morelia.

Puebla advancing to the semifinals would be a far greater shock than the upset engineered by Los Purépechas. A whopping 20 points separated Juan Reynoso’s charges from their illustrious opponent during the regular season, and they needed back-to-back wins over cellar dwellers Atlas and San Luis to sneak into the repechaje.

Yet, their spirited comeback at Monterrey on Sunday showed that they are capable of troubling the elite, and they gave León all they could handle during their meeting at the Estadio Cuauhtémoc in Jornada 15. La Franja can cause similar problems this time around but bridging the massive gap in quality between themselves and the Bajío-based juggernaut will likely prove impossible.

The number 13 will be a central component of another titanic playoff battle between these two sworn enemies. This will be the 13th meeting between América and Chivas in the Liguilla, with Las Águilas victors in 10 of the previous 12 ties. El Rebaño Sagrado will be desperate to get one over on their bitter rival at this crucial stage and doing so could set them on their way to a 13th league title.

However, a decimated attack will not help their cause. J.J. Macías will miss at least the first leg as he continues to recuperate from a muscle complaint in his right thigh, while Alexis Vega was initially ruled out 4-6 weeks with a grade 2 ankle sprain picked up while on international duty with the Mexico U-23’s. Nevertheless, it seems that the Toluca academy product will be able to participate in Saturday’s second leg.

Vega’s return would be a huge boost for the Guadalajara giants, but he was unable to spark a sputtering offense in a 1-0 loss to the arch nemesis back in September. Víctor Manuel Vucetich fielded his first-choice front line that night, and it is unclear if back-up striker Ángel Zaldívar can pose more of a threat.

Besides the personnel issues in the final third, Chivas must also contend with the Miguel Herrera hoodoo. “El Piojo” has won eight and lost only one of his 11 Clásico Nacional duels, with that lone slip-up coming all the way back in the Apertura 2012. With the former Mexico manager able to recall Federico Viñas and Nicolás Benedetti, another famous triumph over his favorite foe is on the cards.

Can the extra rest bring Cruz Azul back to their best? That is the key question ahead of this evenly poised encounter between Cementeros and Felinos. Robert Dante Siboldi’s troops tore out of the starting blocks but slowed down considerably in the home stretch, and they must rediscover the mojo that made them such a difficult proposition back in the summer.

Siboldi certainly had plenty to work on during the international break. A previously efficient attack has struggled to feed star turn Jonathan Rodríguez, which has left the Uruguayan to operate as a one-man band up top. Meanwhile, a previously impenetrable rearguard is not as solid as it once was, despite the welcome return of Pablo Aguilar.

The Paraguayan warrior will face one of the toughest tests the league has to offer in André-Pierre Gignac. The lethal Frenchmen’s clinical repechaje brace against Toluca underlined his status as a premier postseason performer, and he will be looking to further that legacy against La Máquina. Tigres are not firing on all cylinders, but they know how to scrape results at this crucial juncture of the campaign. It may not be pretty, but with Gignac in tow “Tuca” Ferretti should be able to guide his side through to the semis.

The Guard1anes 2020 has been the sweetest of dreams so far for Pumas, and they will not want to wake up now. Few expected much from them following Míchel’s sudden departure, but Andrés Lillini has done a marvelous job in righting a listing ship. The Argentinean has been rewarded with a two-year contract extension for his efforts, and he will lead a team that is far more than the sum of their parts as they search for a first title since the Clausura 2011.

The feel-good factor at CU is undeniable, but Pachuca are also on a high after a convincing 3-0 road triumph over Santos. Los Tuzos have plenty of talent, and it appears that they are putting things together at the perfect time. Víctor Guzmán has recaptured the form that made him so sought-after, while a sturdy defense is led with conviction by Colombian linchpin Óscar Murillo.

Pumas have plenty of firepower in forward areas, and it is likely in that sector of the pitch where this tie will be decided. Deadly duo Juan Dinenno and Carlos González serve as a constant outlet for their teammates, and they will be eager to add to their combined total of 15 goals.

That terrific tandem started together when Los Universitarios visited the Estadio Hidalgo back in late October, but they were unable to get on the scoresheet in a 1-1 draw. The hosts deserved more from a match that saw Víctor Dávila miss a penalty and Alfredo Talavera make two other spectacular saves. If they can repeat the intensity of that display and incorporate some cutting edge, Los Tuzos could end up springing a surprise.