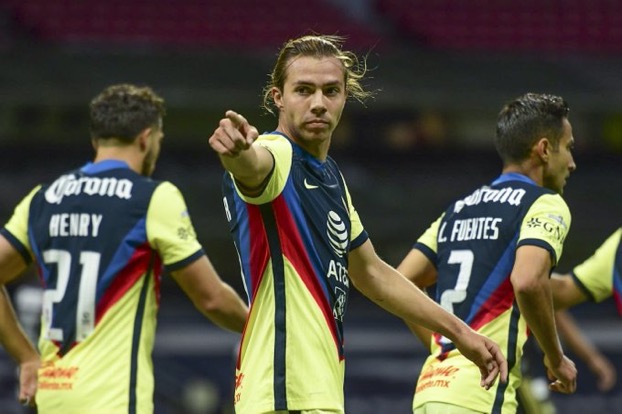 Before I get into the soccer, I just want to take a minute to ask my fellow Americans to please vote if you haven’t done so already and are eligible to do so. Obviously I would like for you to vote for the candidates I think will do the best job in repairing our fractured country, but even if you aren’t I still want you to vote because at the end of the day a true democracy doesn’t work unless we ALL have a say in it. And while it’s really bad that not all who should have a say do (or will), we all need to have our voices heard and there is no platform more powerful than the ballot box. So please. Read the rest of this after you’ve voted. It’ll be here when you’re done.

The penultimate week of Liga MX’s Apertura (or Guard1anes2020 if you will) had some good matches, but some teams’ fans are probably feeling let down at the moment. For some it meant a harder path to the Liguilla, while for others it meant missing out on the repechaje altogether. Toluca is all but in, with only a slight chance of missing the repechaje (they’d need to lose to León, have Puebla beat Atlético San Luis AND have Juárez win against América) while Juárez is one point up on Puebla and two up on Mazatlán, who play Santos in Torreón for the final spot.

1.) Pumas needed a win against Chivas but couldn’t deliver – Yes, the match was pretty fun to watch. Yes, the two teams almost coming to fisticuffs was entertaining. But Pumas needed all three points at home to all but cement their place in the Liguilla and avoid the repechaje. Allowing Uriel Antuna to score a goal in the sixth minute in your own building is not a conducive way to beat Chivas. Now they’re going to face Cruz Azul in the final week of play and basically have to get a result against one of the best teams in the league. Chivas on the other hand wasn’t going to get get a pass from the repechaje and wound up getting a good result against a strong opponent. They too however should be disappointed in surrendering two points when Carlos González headed in the set piece in the 79th minute.

2.) América got a huge lift beating Tigres – América became the second team to clinch a Liguilla berth by bypassing the repechaje when they downed Tigres 3-1. América were deserved winners, with Sebastián Córdova taking control of the match and getting a brace. Tigres never really looked in the match. Credit to América for putting on a great performance against a strong opponent, limiting the amount of touches André-Pierre Gignac had. Tigres really had to win that match, and Gignac only managed a goal. Now they’ll all but certainly have to play in the repechaje unless they can beat Atlas and results in the Cruz Azul-Pumas and Chivas-Rayados matches go their way.

3.) Pour one out – Four teams are definitively out of the repechaje race now. Xolos and Atlas seemed to have the best shot of somehow staying alive and making it, but Xolos lost 2-0 to Pachuca and Atlas lost 1-0 to Puebla. Atlas would have had a harder time as they end their season at El Volcán against Tigres while Xolos have Querétaro, but both of these teams really failed to show up at home in critical games. Tijuana and Atlas couldn’t score all season, and this deficit ultimately did them in. They’ll now begin the job of evaluating players and thinking about next season.