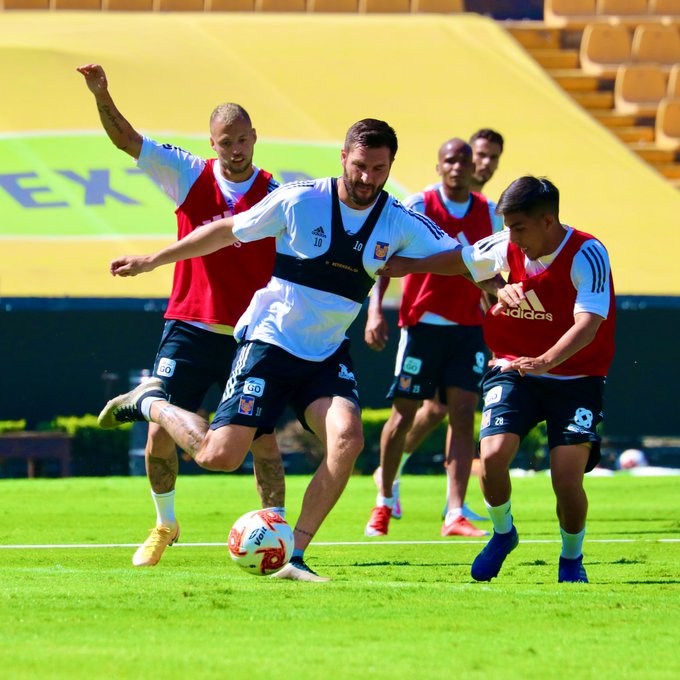 The Clásico craziness continues this weekend with a heavyweight bout between América and Pumas. Read on for a preview of that fixture and three other enticing encounters:

It may not have been pretty, but last Saturday’s 2-0 road win over bitter rival Monterrey was just what the doctor ordered for Tigres. That triumph lifted Los Felinos into fifth place, and they are now just three points away from an automatic Liguilla spot.

A late-season charge up the table is customary for Ricardo Ferretti’s squad, but the Brazilian’s tactical flexibility is a new discovery. Los Felinos have kept three consecutive clean sheets since “Tuca” switched to a back three, while Leonardo Fernández and Nicolás López have both become key members of a much-improved offense.

The Uruguayan tandem has helped take the weight off of star striker André-Pierre Gignac, and that attacking variety should be too much for struggling San Luis. Los Rojiblancos are dead last in the standings and have allowed a league-worst 23 goals.

Although they are perched comfortably inside the top four, América’s Coapa training ground could easily be confused with a hospital right now. Las Águilas have had no fewer than 13 players on the treatment table for various aches and ailments in recent months, and that injury bug bit particularly hard last weekend against Cruz Azul. Goalkeeper Guillermo Ochoa was ruled out during warm-ups with a toe complaint, while center-backs Emanuel Aguilera and Sebastián Cáceres were both carted off during a dull 0-0 draw. All three will miss out on the Clásico Capitalino.

Those absences present Pumas with the perfect opportunity to collect a crucial victory over their arch nemesis. A deserved 2-0 defeat at León halted a historic undefeated start, but Los Universitarios showed plenty of spirit to overcome Favio Álvarez’s early sending off in their 1-1 draw with Necaxa last time out.

Juan Dinenno’s equalizer against Los Rayos was his eighth strike of the season, and the lethal Argentinean has proved to be a good luck charm for his side. UNAM are yet to lose in Liga MX when Dinenno finds the back of the net, and they have every chance of beating a wounded América if the former Deportivo Cali hit man can get on the score sheet.

Two of Mexico’s most successful clubs are set to go head-to-head at the Nemesio Díez, but only one has a shot at lifting silverware come December. Cementeros and Escarlatas have collected 18 league titles between the two of them, but Sunday’s hosts have endured a disastrous campaign that resulted in the dismissal of José Manuel “Chepo” de la Torre on Monday. Meanwhile, La Máquina are flying high under Robert Dante Siboldi, and their superior quality should make the difference.

Still, that talent was only seen in flashes during a dour 0-0 stalemate with América. Cruz Azul looked the more likely for much of the 90 minutes and limited their sworn enemy to just one shot on target, but they had trouble carving out clear-cut chances at the other end. As a result, the ever-dangerous Jonathan Rodríguez was on the periphery of proceedings for much of the evening.

“Cabecita” will still be smarting from that lackluster display, and he should be able to add to his league-leading tally of ten goals against a leaky Toluca rearguard. Los Escarlatas have conceded on 22 occasions, and they must tighten up defensively if they hope to hold onto a repechaje place. Doing so will be difficult, however, as they face three of the current top four before the curtain closes on the regular season.

Even though they have rarely inspired under Paulo Pezzolano, Pachuca can still avoid the repechaje. They are only four points adrift of fourth-placed Pumas, who they meet on October 26th. Beyond that crunch clash, Los Tuzos can capitalize on a favorable remaining schedule, which takes in four matches versus teams mired in the bottom half of the standings.

The first of those battles is a visit to Juárez, who will be at a huge physical disadvantage heading into Sunday’s action. Bravos will have had only three days of rest after contesting their rescheduled round 11 duel with Tijuana on Wednesday, while Pachuca will have had nine days to recuperate from their uninspiring performance against Toluca.

That extra down time should serve Los Tuzos well, but they must begin to click up front in order to advance deep in the playoffs. They are scoring less than one goal per game and dearly miss the contributions of FC Dallas focal point Franco Jara. Nevertheless, if Víctor Dávila and company can put Pachuca in the lead the division’s third-best defense should be able to nullify a weak home attack and leave the border with a vital victory.