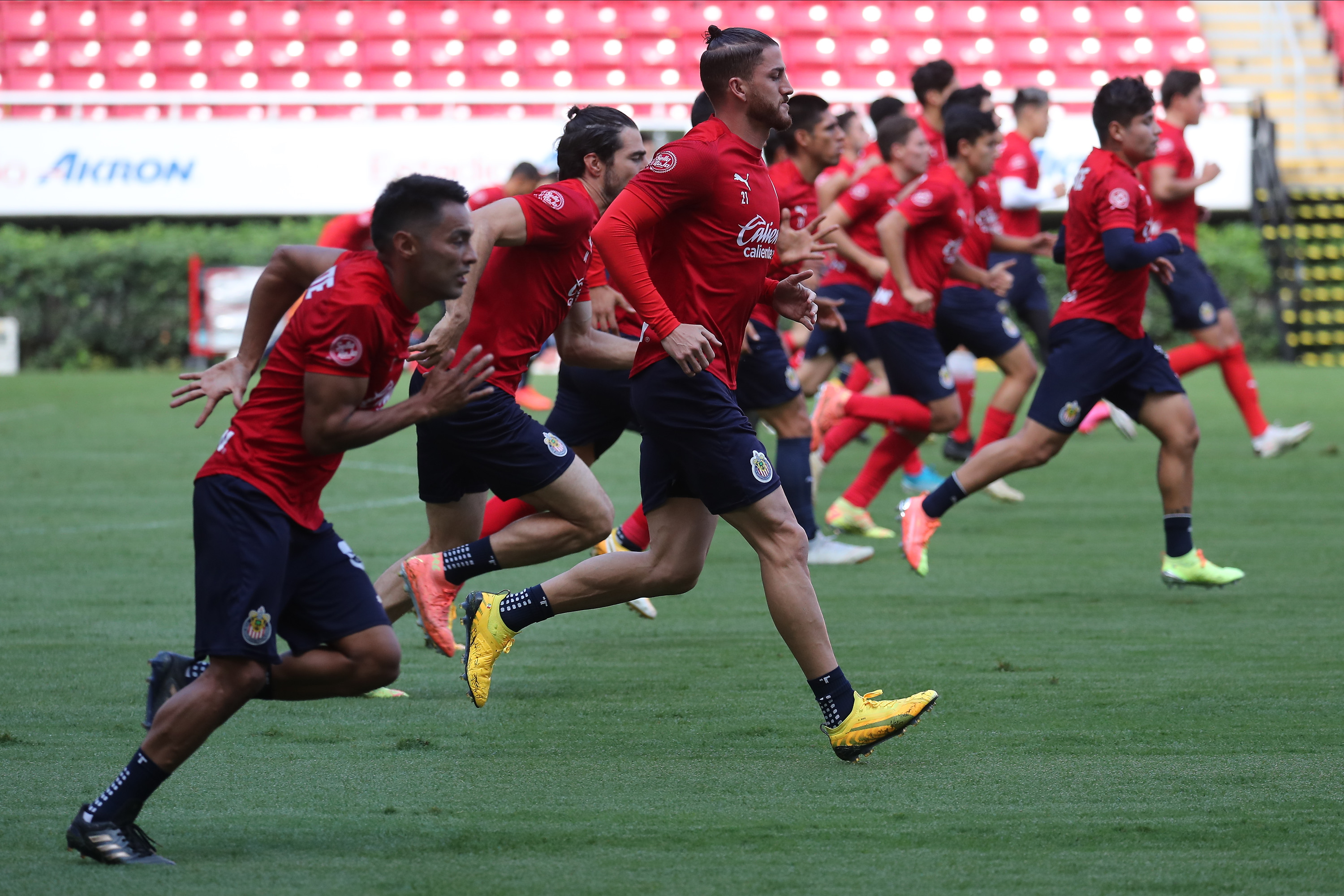 Clásicos Joven and Regio highlight the twelfth round of Guard1anes 2020 action. Here’s my preview of those matchups as well as two other enticing showdowns:

After a disappointing defeat in the Clásico Nacional, Chivas must get back to winning ways at home to Mazatlán. That loss to their bitter rival effectively eliminated Víctor Manuel Vucetich’s men from top four contention, but a slip-up against Los Bucaneros could put their hold on a repechaje place in jeopardy.

Over the last 17 short tournaments, the 12th-placed team has finished with an average of 21 points. El Rebaño Sagrado would reach that total with two more victories, and they must book a seat at the playoff table before meetings with Cruz Azul, Pumas and Monterrey in their last three fixtures.

Although the Guadalajara giants are clear favorites to overcome Paco Palencia’s side, they must start finding the back of the net with more regularity. Ten goals in eleven games is an unacceptable return, and they were shut out for the sixth time this campaign at the Estadio Azteca. J.J. Macías looks like a shell of the deadly striker that showed so much promise with León, while Uriel Antuna’s final ball left much to be desired against Las Águilas.

Even though he has scored only three times in 68 professional outings, the return of Fernando Beltrán to the starting eleven could revive a sputtering offense. The diminutive midfielder has been relegated to second string in favor of Dieter Villalpando, but Beltrán’s creativity and sharp passing could allow Macías, Antuna and company more freedom up front.

Although Pumas are no longer the division’s lone undefeated side after Monday’s 2-0 trouncing at the hands of León, they have the chance to quickly get back on track against lowly Necaxa.

Nobody expected UNAM to begin the campaign with a ten-match unbeaten run, much less after the shock departure of Míchel shortly before the debut against Querétaro. Replacement Andrés Lillini deserves enormous credit for injecting belief into a squad that seemed destined for mid-table mediocrity. Thanks to his work, Los Universitarios have assured themselves of at least a repechaje berth with more than a third of the season to spare.

If this tournament has been Pumas’ best in years, it has also been one of the worst in recent memory for Necaxa. Los Rayos have only eight measly points to show for their efforts so far, with that poor return provoking the exit of Alfonso Sosa a few weeks ago. The arrival of José Guadalupe Cruz has not improved results, and the ex-Atlas boss could be in trouble if he cannot get at least a draw from Saturday’s trip to the Estadio Olímpico Universitario.

Perhaps Mexico’s most passionate derby, another installment of the Clásico Regio is sure to get the pulses racing. These two city rivals are only separated by goal difference, and whoever comes out on top at the Gigante de Acero will have the chance to fight for automatic Liguilla qualification.

Though they are reigning champions, Monterrey have more riding on this battle between northern titans. These two clubs have met four times in the playoffs since the Clausura 2016, with Tigres coming out on top on three occasions, including in the famous Apertura 2017 Final. Rayados did exact a measure of revenge by vanquishing their sworn enemy in the 2019 CONCACAF Champions League, but those postseason eliminations are yet to be forgotten.

Unfortunately for Antonio Mohamed’s charges, Saturday’s visitors appear to have put an uncertain start to the season behind them. Los Felinos have taken seven points from a possible nine and registered back-to-back triumphs for the first time this year with a 3-0 success over Gallos Blancos last weekend. André-Pierre Gignac is still the star in attack, while the impressive performances of Leonardo Fernández and Nicolás Lopéz have been an unexpected boost.

Fernández has finally claimed a regular starting spot since the international break, while Lopéz has come from nowhere to record three goals and an assist in three appearances off the bench. Rayados also possess enviable depth in forward positions, but Tuca Ferretti’s Uruguayan tandem should swing the balance in Tigres’ favor.

A rivalry that has often been a source of pain for Cruz Azul supporters has turned into a symbol of hope. América and Miguel Herrera put La Máquina to the sword in the Clausura 2013 and Apertura 2018 Finals, but they have been unable to get the best of Robert Dante Siboldi since the Uruguayan arrived at La Noria in September 2019.

Siboldi has collected two wins against Cruz Azul’s arch nemesis, including a 5-2 blowout in the Apertura 2019. Those triumphs have helped the former goalkeeper transform a club burdened by a long title drought into a juggernaut that does not shrink in the face of adversity.

Despite being far from their best in recent weeks, La Máquina have still racked up three consecutive victories heading into this crunch clash. Dynamic duo Jonathan “Cabecita” Rodríguez and Santiago Giménez have been crucial contributors, with the latter earning his first call-up to the Mexican National Team last week.

Those two attackers account for 70 percent of Cruz Azul’s total offensive output, but stopping them will be easier said than done for a flimsy América defense. Las Águilas kept just their second clean sheet of the campaign in the Clásico Nacional, and they lack a leader at the back without injured captain Bruno Valdez. Herrera has done his best to cover up the Paraguayan’s absence, but that won’t be enough against Siboldi’s outfit.