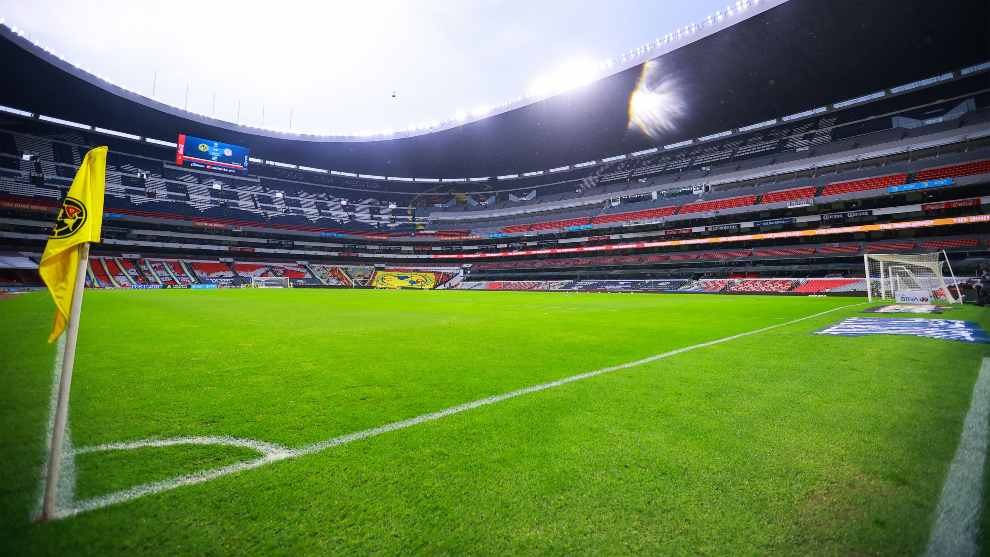 Another edition of the Clásico Nacional will capture the headlines heading into this round, but that is not the only enticing fixture on the calendar. Here is a preview of América-Chivas and three other tasty ties.

The eyes of an entire nation will be trained on the Estadio Azteca come Saturday evening, as América host Chivas in Clásico Nacional number 237. Las Águilas have not lost to the Guadalajara giants since the Apertura 2017, but the newest installment of this bitter rivalry should be much more leveled.

Although the country’s two biggest clubs are both entrenched in the top six, their recent showings have flattered to deceive. América have conceded fifteen times this season and have not recorded a shutout since their 4-0 thrashing of Tijuana on August 1st. They do boast the league’s best attack, but struggled to break down the division’s worst defense in a 1-1 stalemate with Toluca last time out.

Meanwhile, Chivas have lacked fluency up front. They have registered only ten goals in as many games, but have looked better since party-loving duo Uriel Antuna and Alexis Vega returned to the fold. Both were on the scoresheet in El Rebaño Sagrado’s dramatic come-from-behind win over Necaxa, and Víctor Manuel Vucetich will need them both in optimal condition in order to overcome Miguel Herrera’s and company.

A normally frenetic transfer market in Mexico was largely subdued this summer. With funds restricted as a result of the COVID-19 pandemic, most owners opted for a frugal approach to squad building. However, San Luis were a notable exception to the rule.

Los Potosinos were the division’s heaviest spenders and also made the most expensive signing when they secured the signature of former Necaxa target man Mauro Quiroga for $4 million. The capture of Quiroga, coupled with the incorporation of ex-Pumas winger Pablo Barrera, seemed set to propel the Central Mexican outfit into Liguilla contention.

On the other end of the match-up, San Luis have collected only eight points from a possible 30, and the job of manager Guillermo Vázquez could be at risk if he cannot engineer a victory over Monterrey. Rayados have also disappointed thus far, but they are still the reigning champions. If they travel to the Alfonso Lastras with the right mindset, it could be a long afternoon for Vázquez and company.

Los Universitarios will face the toughest examination yet of their astounding undefeated start when they visit León. All six of Pumas’ victories have come against teams in the bottom half of the table, while Los Esmeraldas are flying high in third. Nevertheless, Andrés Lillini’s men will be a serious threat in the postseason, regardless of the result in Guanajuato.

There are still those doubting UNAM’s title credentials, but history is on their side. The last time Pumas went ten games unbeaten to begin a season was the Apertura 2011, which also happens to be the last time they were crowned champions. A tight-knit dressing room looks unlikely to cave under playoff pressure, and there is a strong spine in place thanks to the likes of Alfredo Talavera, Juan Dinenno and Carlos González.

León are a potential foe in the Liguilla’s later stages, and head coach Nacho Ambriz will have been delighted with Emmanuel Gigliotti’s late double last Sunday against Querétaro. “El Puma” failed to convince while on the books at Toluca, but the burly Argentine is beginning to look comfortable as the focal point in a talented attack.

The 3-2 triumph over Gallos was deserved, but León took their foot off the gas to allow their inferior opponent back into a contest that they were leading 1-0 until midway through the second stanza. They cannot afford such lapses on Monday night if they hope to leapfrog their dangerous adversary in the table.

The most difficult thing to do in soccer is put the ball in the back of the net, and both Xolos and Bravos have learned that lesson the hard way so far this campaign. The two frontier sides rank near the bottom of the goalscoring charts, with that dearth of firepower damaging their playoff ambitions.

Despite their offensive issues, Bravos can call on the ruthless finishing ability of Darío Lezcano, and the Paraguayan hit man should make the difference at the Estadio Caliente. Lezcano has struck 17 times in 33 league matches since arriving in Mexico and enters proceedings with four goals in as many outings.

The recent arrival of Marco Fabián has only increased Lezcano’s effectiveness, with the Mexican international providing some much-needed creativity for a frontline previously bereft of invention. Xolos have players of a similar ilk in Fabián Castillo and Mauro Laínez, and both impressed in last Sunday’s 2-1 home defeat to Cruz Azul.

Those two are both quality schemers, but Pablo Guede cannot call on strikers of a similar level. Edgar López and Luis Leal both missed gilt-edged chances in the second half against La Máquina, and more ruthlessness is required in order to achieve top-flight success. Fielding Colombian speedster Castillo as a false 9 in lieu of the club’s misfiring center-forwards could be a potential solution for Guede.