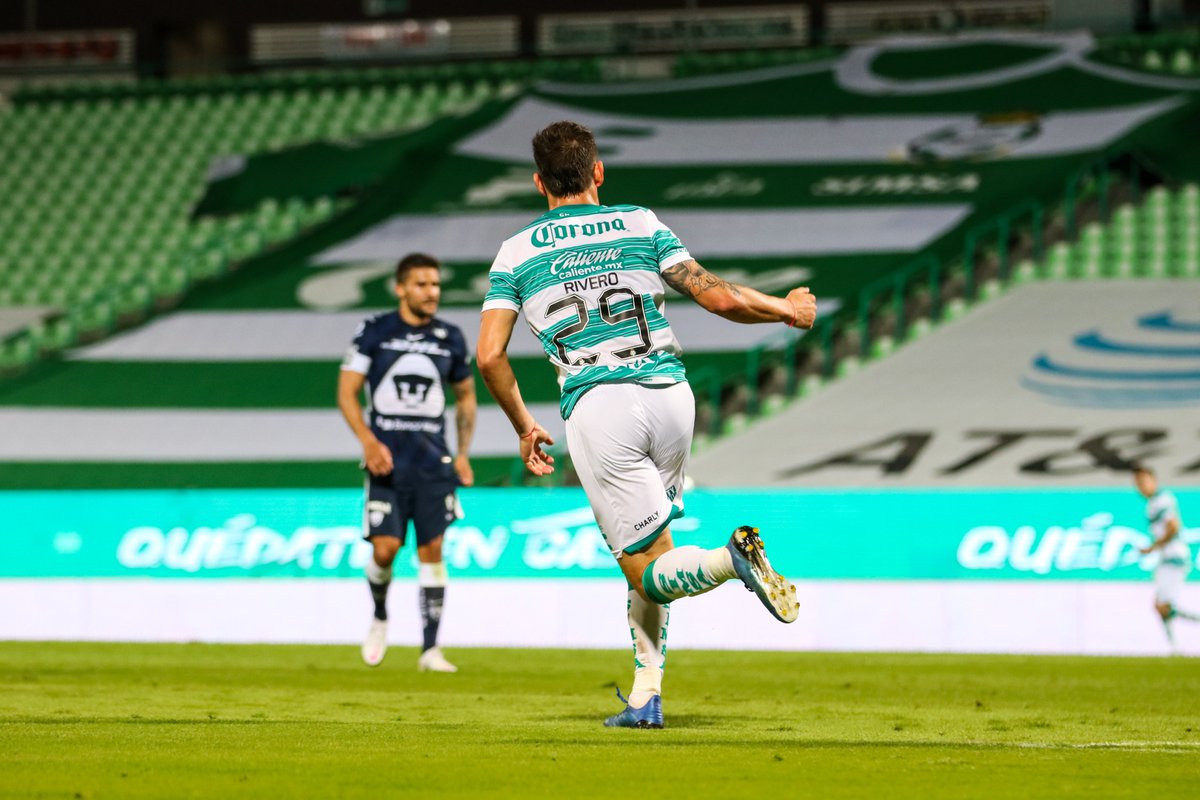 Forgive me for going a little off-script with this one (although regular readers may be starting to get accustomed to this not being a regular column all the time) but I’m going to focus on one game – Santos Laguna vs. Pumas. And not because it was a match up of the only unbeaten team in the league playing (and eventually beating) a team that hadn’t lost at home since March of last year, but because this game was hard for me personally. It always is.

I cover Santos Laguna for FMF State of Mind and have been for the past couple of years. I wanted to broaden my horizons from just covering Tijuana, and Santos intrigued me. They had their own English-language media spearheaded by my friend Kim Tate — something that was virtually unheard of at the time they started. Xolos had it, but since about half of their fan base lives just over the border in San Diego, it made sense. It’d be like Impact de Montréal not having both English and French accounts.

But Santos? They didn’t have to. No one else did.

They saw the value in cultivating a fan base in the United States and not just trying to bring in new fans but connecting with older fans and their families. They realized that there were people in the US that had family members who loved Santos but because they themselves spoke little Spanish, they were unable to properly connect with the team. There were people in the US who couldn’t go to Torreón or even cross the border, and they did the work to reach out to those people. They did community outreach events everywhere they went. Mexico. The US. Canada. Didn’t matter.

They’ve done the damn work. And I will always respect that. Since they started their English-language social media, América, León, and Chivas have all followed suit, reaching out to fans who speak English (which is according to a quick google search is the third-most widely spoken language on Earth, followed by Mandarin Chinese and Spanish).

Since I started covering the team, getting to know the stories of the people on the team, fans, and people impacted by their charitable works I feel like I’m a part of it, albeit a small one, for documenting this part of the club’s history through my writing. I have grown fond of the team. It’s somewhere between like and love for this team and the region it calls home.

How do I know the year? I’m of an age where my first formative soccer experience was the 1994 World Cup. I mean I remember bits and pieces of the old NASL and the Tampa Bay Rowdies, but the league’s heyday of Chinagila, Beckenbauer, and Pelé was just before my time. But I remember the ’94 World Cup. Denim jerseys, Brazilians teaching us about joga bonito before Nike ran their ad campaign, and a young Andrés Cantor showing my teenage trailer park metalhead self that soccer was so passionate that when someone (anyone) scored you treated it for what it was: a gift from whatever higher power you do or don’t believe in. And you cried to the heavens in celebration.

And then it evaporated.

But like a junkie who had their first hit, I wanted more. And there wasn’t any. Major League Soccer wouldn’t start for another year and a half, and in the days before literally everything was connected to the internet, there was no English Championship or La Liga. Nothing. At least nothing you could easily find in a trailer park in Daytona Beach.

Until later that summer that is when goofing around with the cable box slider I happened upon the Spanish-language station we got on basic cable. And I saw those giant cat faces on those jerseys which wasn’t like anything I’d ever seen in football or basketball. It was soccer, and I was happy. And while my Spanish was rudimentary, I didn’t care because learning never scared me. Plus, it was soccer. I’d surreptitiously catch games but always loved when Pumas played.

I still love when Pumas plays. I’ve taught my two year old to raise his fist and scream “Goya! Goya! Cachún cachún ra ra! Cachún cachún ra ra! Goya! Universidad!” I’ve taken my oldest to see them both times they’ve come out my way. I jumped up and down when Javier Cortés made that magical run down the right and beat Federico Vilar to seal the 2011 Clausura title, and I’ve sat on my couch stone-faced and nauseous as Cortés missed his penalty and Pumas blew a 3-0 lead in the 2015 Apertura Final to lose to Tigres.

It’s always hard when the two teams play. Not because of any professional responsibility – my job on game days is to document what happened. That’s pretty easy. It’s hard because the two teams I love most have to fight it out, and one of them sometimes loses. And this one felt like the stakes were higher than normal. Pumas really solidified that they are the top team in the league right now. No one has beaten them, and they went to Torreón and beat the unbeatable. Now my hopes are high that this is a return to the glory days for them.

But it came at the expense of the team I like/almost love and have all the respect in the world for. At their home. Santos has struggled this season. Without Brian Lozano, the offense has sputtered. Julio Furch has scored just four goals in the 19 games that comprise this season and the abbreviated 2020 Clausura, and he started on the bench against Pumas. And the one thing that was death-and-taxes levels of certain that Santos had going for them was getting a point at home. And that’s gone, which is scary. Hopefully this doesn’t start a downward spiral, but going to Monterrey to face Tigres and following that up with a trip to Toluca doesn’t exactly feel like a guarantee of points.

Hopefully I’m right about Pumas, and hopefully my sense of dread about Santos is wrong. And hopefully these two teams go on to the Liguilla and are successful, just as long as they don’t have to play one another.