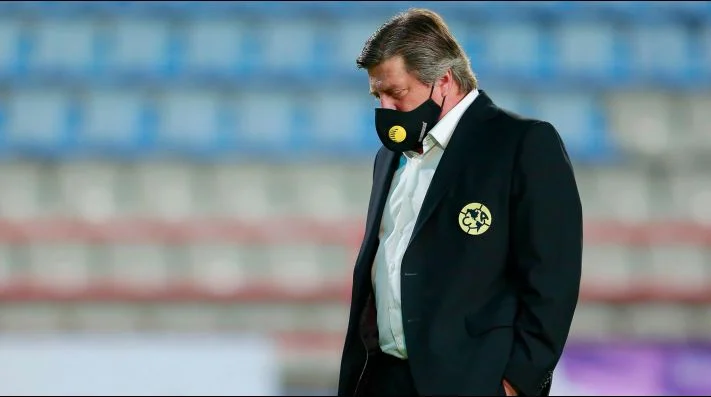 In a year where time seems to have no meaning anymore, Liga MX had a doble jornada where teams play twice in one week. These always seem like a great idea, until they actually happen. In some sports, surviving the grind is part of the sport. It’s why baseball is 162 games per season not including playoffs and hockey season starts with teams full of fresh faced kids and ends with grizzled men missing bits of flesh and bone. To me, soccer isn’t meant to be the beautiful grind.

1.) As someone who covers the league, it’s a giant pain in the neck. – I put this one first so people who don’t care can just skip over it, but covering a doble jornada is difficult. During a normal week, I have a routine that I follow when it comes to writing. Mondays, I write this column, Tuesdays, I write about Liga MX Femenil, Wednesdays, I’ll start my match previews for the coming weekend, Thursdays, I’ll finish them, Fridays, Saturdays, and Sundays are spent watching soccer and writing recaps. It’s great and I don’t burn out. During a doble jornada I have to do all of that twice in the span of a week, and by the end it’s (at least to me) easy to see the quality of my work declining. Luckily (?) I was moving this past week so I didn’t have to run myself ragged (thanks to Owen Diana for covering last week!), but I’ve definitely done it before and it isn’t easy.

2.) I can’t imagine the players enjoy it either. – Players also get into a routine they’re comfortable with; it’s human nature to respond better to a rhythm. Match day. Rest/recuperation day. Training. Training. Travel. Play. Travel. Rinse and repeat. This too is thrown off when you have to play and then travel and maybe rest or go train (depending on your coach) and then maybe train. Or travel. And once this rhythm is thrown off, it’s difficult to get it back again. Of course all players have to deal with it, but factor in players not starting or being pulled early to try and save legs for the second match and you can see how the quality of play starts to slip.

3.) It sucks for fans too. – It’s great having two matches a week as a fan until you realize you’re going to be up late on a work/school night watching your team play, and then the weekend matches aren’t great because players are out of their rhythm and/or dead on their feet before the whistle even blows. This weekend’s matches between Mazatlán FC and Pumas as well as the one between Santos Laguna and Atlas were nil-nil snoozers. The players in most if not all of the games seemed lethargic and mental mistakes due to fatigue cost points. As a fan, that’s not the kind of soccer I want to see regardless if it’s a team I’m a fan of or covering.

All that said, it’s understandable why we have doble jornadas. The logistics of running a league especially during the time we live in have to be a herculean effort and I don’t fault the people who make the schedule. I am glad however that there is only one more of these this season (Jornada 9 on September 8-9).