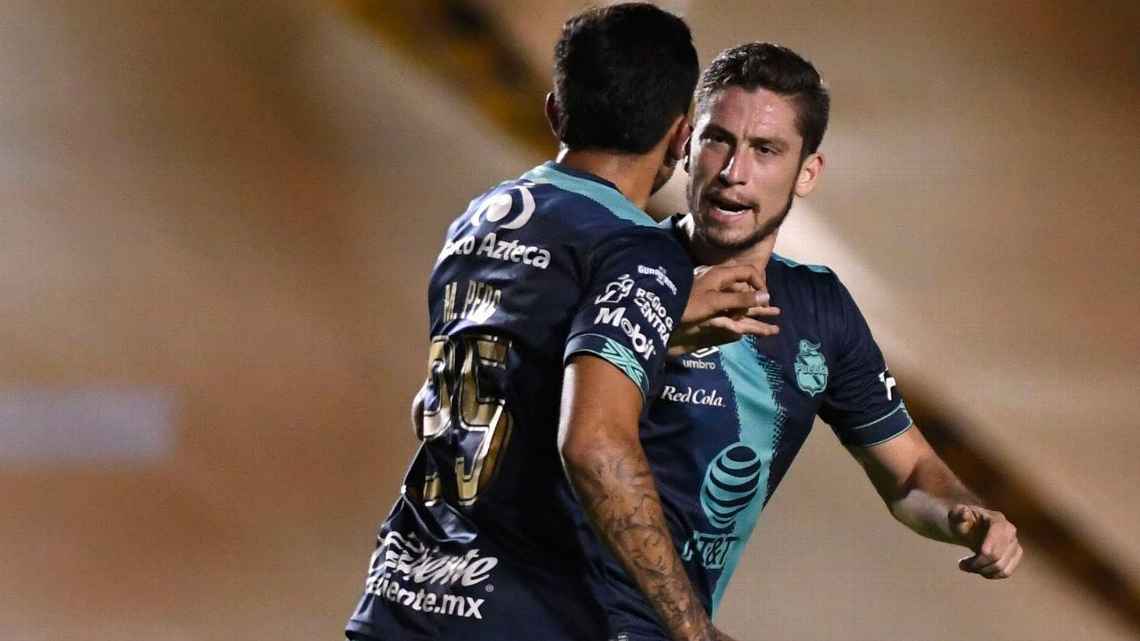 The end of an action-packed week comes to a close with Jornada 5. Here is a preview of four must-see matches:

Week 5 of Liga MX begins on Friday with a meeting between an upwardly mobile Puebla and a Tuzos squad clinging onto the final liguilla spot. Los Camoteros have greatly exceeded expectations, while patience must be wearing thin as Pachuca continues to frustrate under Paulo Pezzolano.

The sense that Mexico’s oldest club are bereft of direction has been strengthened by the Uruguayan’s inability to establish a clear tactical identity. The opposite is true of Puebla, who are perfectly attuned to Juan Reynoso’s demands. Their hard-running, conservative style is not always easy on the eyes, but it is certainly effective. La Franja went seven unbeaten in the league before a 2-1 defeat to Tigres on Tuesday night.

Two Coach of the Week awards in the first month of the season are testament to Reynoso’s impressive work, and his efforts have been recognized in his native Peru as well. The former Bicolor captain has shown interest in managing his country one day and would be a great replacement for Ricardo Gareca. Such a wonderful opportunity would be a just reward for his efforts with one of Liga MX’s lesser lights, but Puebla supporters must hope Reynoso stays on for a few more years at least.

An away trip to Mexico City to play La Máquina is never easy, but Juárez will count themselves unlucky to be facing Robert Dante Siboldi’s side in the immediate aftermath of their shock midweek loss at Querétaro. That 1-0 defeat broke an impressive 18-match undefeated streak for Cruz Azul, who had established themselves as the clear favorites to lift the Guard1anes 2020 title.

They turned in their worst performance in months at the Corregidora, with a normally lethal attack looking lightweight despite the welcome return of Jonathan “Cabecita” Rodríguez from suspension. Nevertheless, Siboldi has built a mentally tough team capable of overcoming the Gallos misstep. Going back to the Estadio Azteca for the first time since mid-March should provide added motivation.

Meanwhile, Juárez will hope to turn the page after a disappointing showing on Wednesday against Chivas. Bravos came into that contest full of confidence after their miraculous nine-man draw at Pumas, but failed to create enough going forward. Even with Paraguayan striker Darío Lezcano back in the starting eleven, it is unlikely that they will have enough to trouble a solid Máquina backline.

The first edition of the Leonardo Fernández derby sees the onetime Diablos Rojos starlet return to La Bombonera. Although the focus will be on whether the diminutive Uruguayan makes it onto the field, the battle between two of Mexico’s most experienced tacticians will also be fascinating.

Ricardo Ferretti will take charge of his 502nd match as Tigres boss and already well-established as a Felinos legend. José Manuel de la Torre was once held in similarly high esteem by Escarlatas fans after winning the Apertura 2008 and Bicentenario 2010, but his second spell at the helm has been rather less successful.

Toluca were a disaster during the Clausura 2020 and they have not convinced this time around despite climbing into  seventh with a 2-1 victory over Atlas. The creative spark of Fernández is greatly missed in a workmanlike unit that lacks the game-changing talent that Tigres have in abundance. Traveling to the Nemesio Díez on a Sunday afternoon is always difficult due to the suffocating combination of thin air and bright sun, but the challenging climate should not prevent the visitors from taking all three points.

The third battle in the Grupo Orlegi Civil War pits a stable Santos against an Atlas in a constant state of flux. Although four points from as many matches is an underwhelming return for Los Laguneros, their previous exploits with Guillermo Almada means that faith should be kept in the current project. Meanwhile, Diego Cocca will still be unpacking his bags after arriving to replace the ousted Rafael Puente Jr.

Santos hardly had a kick in the opening 45 minutes against América and were already out of contention well before the break. That first half display was dispiriting, but Los Guerreros should be able to get back to winning ways right away. They are usually stronger at home and should not have trouble with an opponent rooted to the bottom of the table.

Given that Atlas are sorely lacking in quality, it is difficult to blame their wretched form entirely on Puente Jr. Even though the former Querétaro coach won only once during his brief stint on hot seat, there were signs of improvement in the late loss to Pumas and the stalemate with San Luis. Cocca cannot do much worse than the ex-soap opera star, but the raw materials at his disposal probably won’t allow him to do much better.