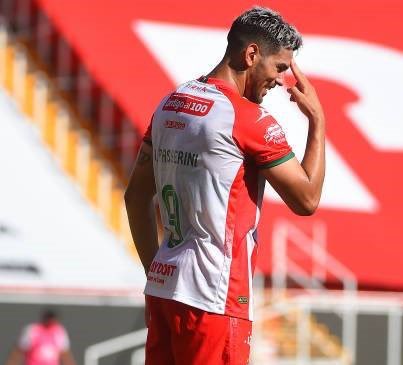 América taking flight at the top of the table will capture the attention after this week’s matches, but there are other storylines worthy of mention. Here are my three things for Jornada 4:

After the first two matches of the season, Los Rayos seemed set to toil at the very bottom of the table. They were dead last in the standings and had not found the back of the net. A blowout was in the cards before their meeting with América.

Yet, Alfonso Sosa’s men were inspired against Las Águilas and deserved more than a 1-1 draw. They kept the momentum going on Tuesday with a 1-0 victory at home over Mazatlán, with Lucas Passerini converting from the spot for the second time in five days.

Passerini appears the perfect replacement for Mauro Quiroga, who became the club’s umpteenth lucrative sale in the last few years when he departed for San Luis in a $4 million deal. Like Quiroga, the Cruz Azul loanee’s imposing physicality allows him to hold the ball up adeptly and provide a consistent threat in the air. As a result, Necaxa’s attacking strategy is unchanged from last campaign, facilitating the incorporation of a host of new players.

With goal difference the only thing separating them from a repechaje place, Necaxa can confront a challenging run of fixtures that sees them face Monterrey, Santos, Cruz Azul and León in the next three weeks. Few will expect Los Rayos to get much from those contests, but they are unlikely to roll over like they did in the opener against Tigres.

Despite their economic might, Los Felinos have accustomed their fans to slow starts. They routinely struggle through the opening stages of the season before finding form as the liguilla nears. However, they are comfortably perched in a top four spot this time around after a hard-fought 2-1 victory over Puebla.

The revival of the repechaje system could help explain the positive results. Finishing between fifth and eighth no longer guarantees a quarterfinal berth, adding pressure on division’s elite to perform from the first whistle.

A revised playoff format has increased motivation, but Los Felinos are also producing on the pitch. Although André-Pierre Gignac is still the undoubted star, he has been ably supported by Luis Quiñones and Edu Vargas. The Chilean’s performances are particularly encouraging after a lackluster 2019-2020 season and have justified Ricardo Ferretti’s decision to include him ahead of Leonardo Fernández.

More Head Coaches Will Follow Tena and Puente Jr. Out the Door

This 2020 season has been an uncharacteristically quiet year for coaching changes in Liga MX. After a record 19 managers were let go in 2019, Leandro Cufré was the only one to lose his job during the canceled Clausura 2020. With the COVID-19 pandemic wreaking havoc on finances and a more forgiving liguilla, it was expected that owners would show more leniency towards the men in the dugout.

However, two dismissals were announced following the third week of matches, with Rafael Puente Jr. and Luis Fernando Tena packing their bags at Atlas and Chivas, respectively. The two Guadalajara rivals were the first to pull the trigger, but more clubs could soon follow suit.

There are a number of coaches sitting in extremely hot seats at the moment, but Pachuca’s Paulo Pezzolano should be the most worried. The Uruguayan has failed to maximize the talent at his disposal and has Los Tuzos clinging on to the final playoff spot heading into their meeting with Puebla. Eighteen points from a possible 42 in the league since taking over in January is not good enough, even for an ownership group as patient as Grupo Pachuca.