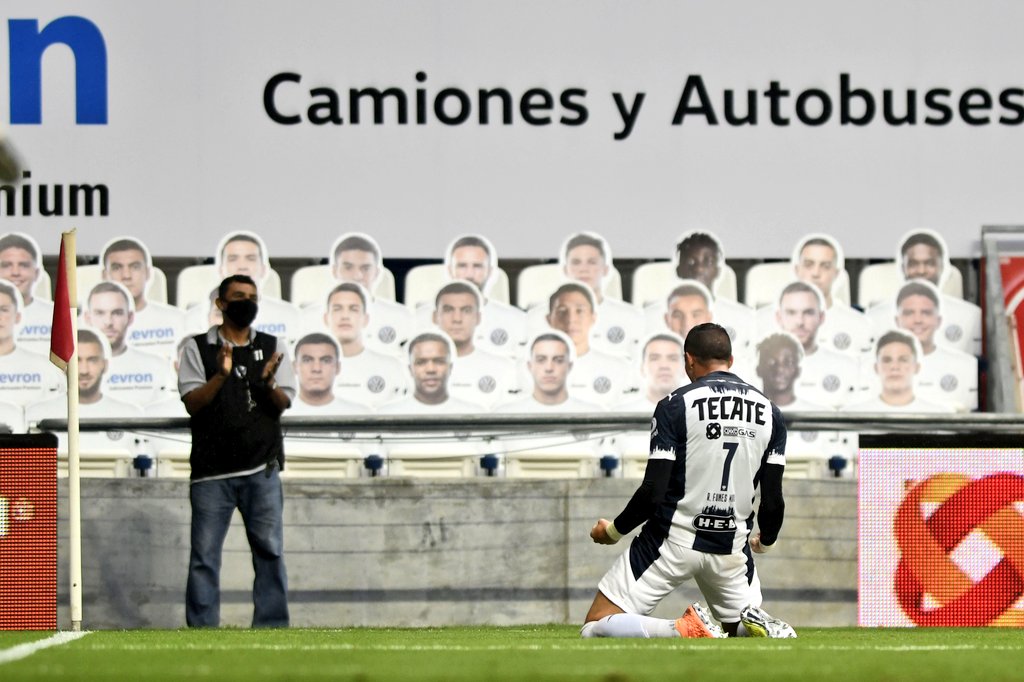 Apologies if you came here looking for three things about this past week in Liga MX. The teams who didn’t participate in preseason tournaments like the Copa por México looked noticeably less sharp than those that did. Some teams unveiled a new look which paid off for them (Xolos and América had some big turnover during the offseason and won their games) while others’ new looks didn’t (Santos and Necaxa were both shut out). Mazatlán suffered a 4-1 thrashing at the hands of Puebla (which I imagine makes people in Michoacán very happy).

There will be more of that to come, I promise, especially as I get more comfortable with writing again and with the new looks some of these teams are putting forward. But for now I wanted to talk about the actual restart of the league and how I’ve been processing it all. Maybe it’s more cut-and-dry for you, but for me it’s much less so.

1.) It’s weird that Liga MX is back – COVID-19 is still raging in Mexico as well as here in the United States, and as infection rates continue to rise it is a little strange that soccer is coming back. Yes, it’s different now — with empty stands and safety protocols in place. Yes, we’ve seen soccer return in the US, though it was in “bubble” settings where teams were isolated from (most of) the rest of the world. Yes, Europe has a similar setup to Mexico with teams traveling and playing in empty stadiums, but Europe has largely reined in the spread of the virus thanks to constant testing and people buying into following simple protocols like wearing masks and remaining six feet (two meters) apart while Mexico… hasn’t. It’s hard not to think of the situation on the ground when watching the games, and my sincere hope is that everyone involved from players and coaches to camera operators, photographers, team staff, security, etc. remain safe and healthy. We’ve already seen team staff and players test positive to the virus and hopefully they will fully recover and everyone can continue to take the severity of it seriously.

2.) That being said, it’s so good to have it back – These two things can exist at the same time. It can be worrisome to think of all of these people putting themselves at risk to create entertainment for people (and things to write about for people like me!), but it’s also awesome to be able to forget about everything for a few hours. It’s great to not worry about how we’ve had to deal with COVID scares for friends and daycare, or how my immune-compromised friends or elderly neighbors with emphysema could catch it and die. Hell, how I could catch it and die. All of that goes out the window for a couple of hours. Is that selfish? Probably. But it’s something that’s needed for most of us – an escape from the hellscape that 2020 has become.

3.) It gives us a glimpse of things to come – At some point this will all be a memory, but it’s good to think of life beyond COVID. It’s good to realize that like soccer, some things will be different (like having five subs) while others will largely be the same (it’s still 22 people chasing a ball). It’s good to know that we’re getting a little smarter and safer about things, like how teams are disinfecting seats on the bench, balls, etc. Why didn’t we always do these things?

Soccer often reflects our lives. It’s simple and extremely complicated all at the same time. Things constantly change, sometimes very slowly and sometimes all at once. Sometimes it’s pleasurable and sometimes it’s unbearable. But I’m glad I’m here to experience it all, and I’m glad you’re here too.