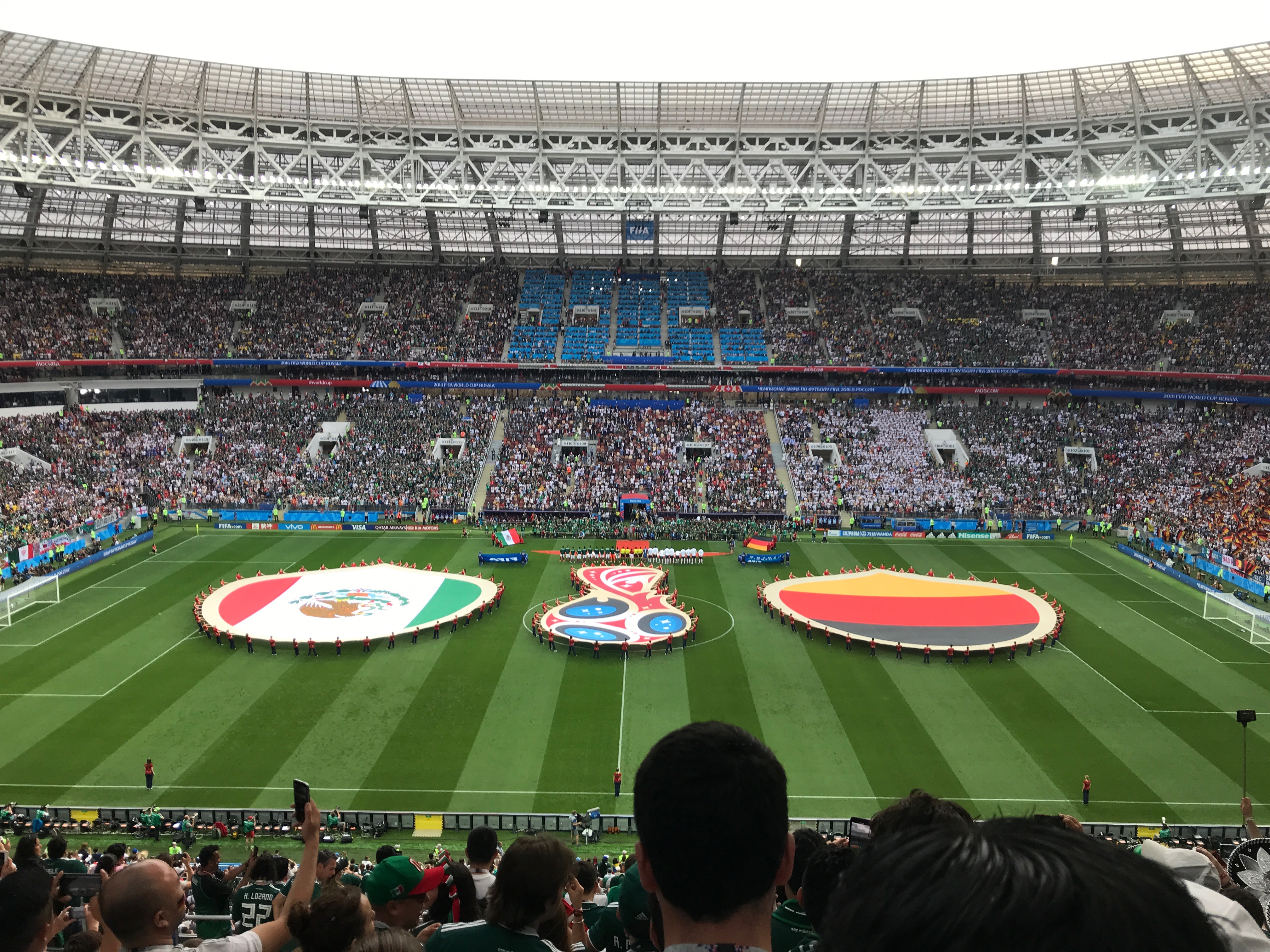 There are two kinds of people in this world: those that were excited to see Mexico beat Germany and liars (and I guess, Germany fans but I’m trying to make a point here).

Today marks two years since Mexico took on the reigning World Cup champions in the first match of Group F with about 95% of the world’s population all but declaring it a victory for the German side.

I wasn’t going to write something today. I believed I had done my part of posting the content I needed to share and retweeting the colleagues that also acknowledge the day for what it is.

But something grabbed my attention about “the liars” I mentioned earlier.

I understood the annoyance of talking about that day and that game when quarantine first started and publications that somehow did not know what to talk about in the absence of sports despite having tons of content at their disposal going to that game for the clicks and the engagement. I also understood why the publications would decide to do that.

Today isn’t just the anniversary of Chucky Lozano’s goal. Ten years ago, Mexico defeated France 2-0 in South Africa. Six years ago, we dared you to try to spot the difference between Guillermo Ochoa and a brick wall (and gave validation to those creative All-State commercials) in Mexico’s match against Brazil. And even in more darker memories, today is also the 18-year-anniversary of the worst Dos A Cero to crush Mexico fans’ souls. And in alignment with that, it makes sense why June 17, 2018 holds such a great space in the hearts of El Tri fans.

I remember realizing once I got the news that I would heading to Russia to my very first World Cup and follow Mexico through their group stage matches that I was going to have a chance to be part of history. And not just the usual World Cup history, but real once-in-a-lifetime history. Mexico had never beat Germany in a World Cup before. Ever. As I made my way to Luzhniki Stadium, watching fans around me in their Jorge Campos outfits, in costumes of their favorite Mexican pop cultural references of old and new and in unison singing the now infamous phrase from Chicharito: “Imaginemos cosas chingonas,” the significance of that EVER dawned on me.

My father, who was thousands of miles away with my brothers, my mother and my children, was waiting to watch the same match I was. And his entire lifetime had led him to this moment that could go into two potential directions: one where everything stayed the same or one where history could be made.

I remember watching my parents cry in 2002. It was one of my first soccer memories to really stick. It was one of the first things to pop up into my mind when I saw Chucky cut into the inside as I followed the ball to make sure it went in. And as I kept my eyes closed during those added three minutes at the end of match, counting down from 180 in my head, the three generations of my family were all about to witness, in their own way, history being made. Mexico took the three points and kept the former World Cup champions at bay. A victory so good, it quite literally caused a mini earthquake in Mexico. The partying in Russia lasted all night. No one wanted to fall sleep, in fear it might all be a dream. It was perfect.

A colleague of mine made a joke recently about Mexico fans romanticizing defeats and I can understand that. Mexico went on to perder… como siempre. A 3-0 loss to Sweden was only saved thanks to a South Korea who didn’t give up in their last match. But at that point, we had metaphorically begun to pack our bags, knowing where a quinto Partido showdown with Brazil was going.

It’s human nature to cling onto the things that make you feel good. And even though sharing the goal against Germany at the beginning of this pandemic didn’t make any sense from a logistical sense, it was that emotional tie that makes me realize why it was shared. My dad called me later that day after the match was over to tell me how happy he was, not just for the victory but because he knew I was there. His Mexican-American daughter, the product of him and my mom – two people who ventured to foreign land for better things – had witnessed this moment live. He’ll talk to me about it every so often, also clinging back to that moment of pride and elation.

Willful ignorance is dangerous and I’m not saying we should look at that game through smoke and mirrors. I simply think we should let people have those good memories for what they actually are: historic. Enjoy this day as much as you can.

BEST DAY OF MY LIFE