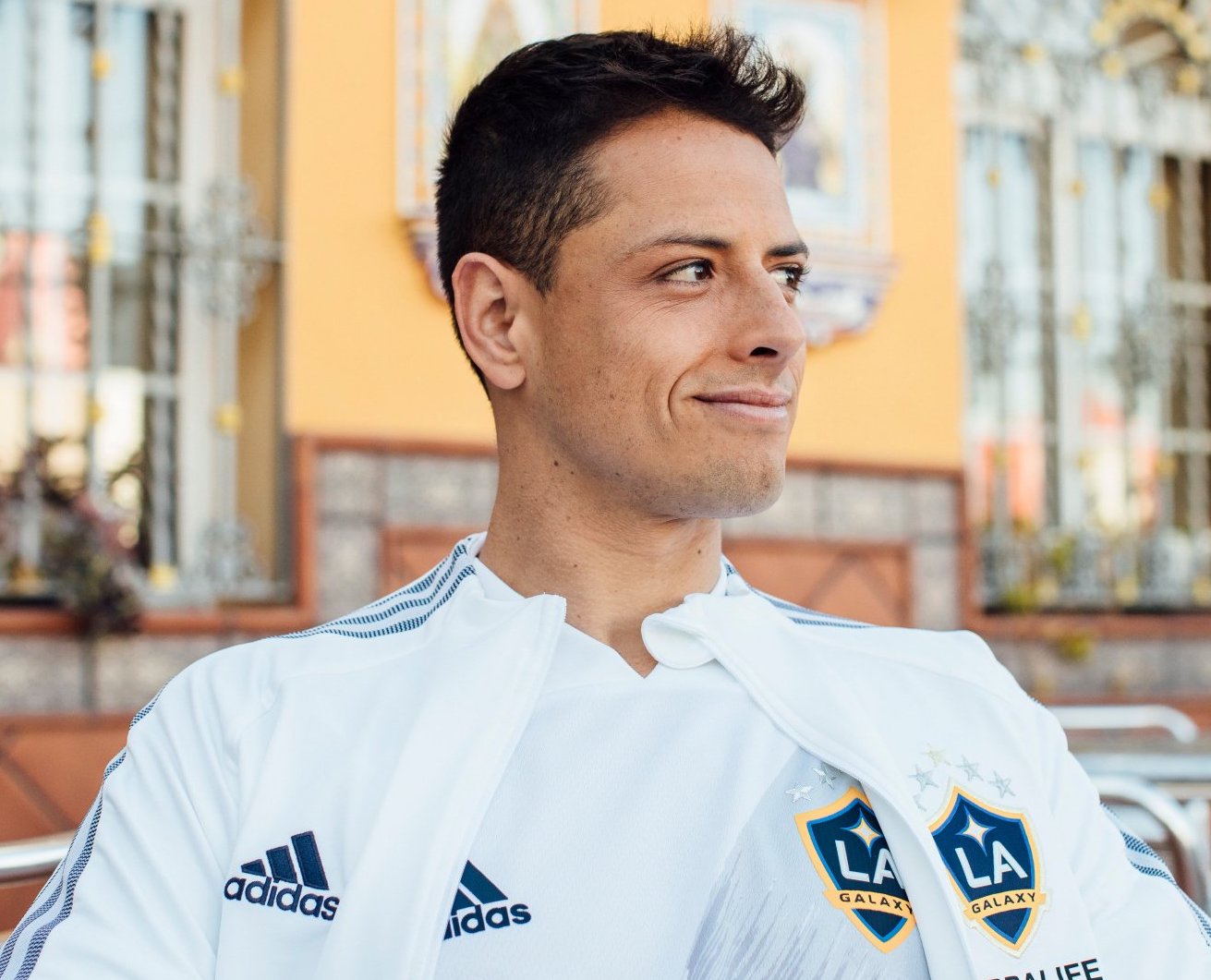 Javier ‘Chicharito’ Hernandez will be playing in MLS. A statement that has carried a pending asterisk on it for so long, it was actually a joke on the bio of a soccer journalist’s twitter profile (if you know, you know). But the asterisk is no more. After years and years, LA Galaxy kept true to their brand of acquiring big names by announcing the Mexican striker early Tuesday morning.

It is hard to put into words just what this move signifies, especially when you think about all the various think pieces that have already been published since rumors began to circulate almost two weeks ago and with good reason.

As a lifelong follower of the Mexican Men’s National team, the cultural significance of the sport as it related to Mexico was always natural for me to understand – Chicharito being a big part of that. Whatever club allegiance a Liga MX fan had in 2010 did not matter when it was announced that a Mexican player would be heading to one of the biggest clubs in Europe.

Now, it’s not at all the same thing but the atmosphere surrounding this move reaps with the same aroma as that announcement did nearly a decade ago. Casual fans whisper to each other about the one they call “Chicharito.”

It keeps being said: this is one of the most important transfers in MLS history. Funny enough, it’s being paralleled to the transfer of another former Manchester United player, David Beckham. And while yes, Beckham’s global stature is much greater than Chicharito, the impact it will have on North America is almost without value.

In an exclusive interview with the LA Times Tuesday morning, Chicharito spoke about this being “the right time” for him to make this move and he’s right not just about himself, but for almost everyone this move effects.

Try this move three years ago and the narrative of El Trafico doesn’t even exist. Carlos Vela and his magical left foot are over in Europe and his role as a martyr for the national team has no Golden Boot, Supporter Shield or MLS MVP award to take the edge off. There was no 3252 fanbase. The dominance of what can be for Mexican players in this league has not transpired yet.

In that same timeline, the lack of potential Mexican superiority in this era is being fizzled by Giovani Dos Santos and his lukewarm performance with LA Galaxy. Loyal hometown fans are exhausted by the pandering and players coming during a key time in their career are still talked about in taboo and with nothing to really discredit it.

And for the Mexico fans still looking to reaffirm that stigma, MLS is almost miniscule in their soccer priorities. They look out across the Atlantic to the glimmering shores of Europe as the only way to go – the dream. “Retirement league” is an impulsive response to anyone who talks about the league as they redirect their attention back to the latest Clasico game in Mexico.

Now though, is the right time. For everyone.

Carlos Vela’s takeover of MLS the past two years has shown what declarative self-awareness and happiness can bring for a Mexican player. Even if he no longer wishes to represent the national team, fans still take a peek at what he can do. Chicharito has devotedly played in three different World Cups, has scored in each one and is currently Mexico’s top goal scorer. Him and Vela were also teammates over in Guadalajara and the El Trafico narrative will shift to more of a friendly banter but will maintain that already iconic solid competitive feel.

A friendliness that wasn’t seen when Zlatan Ibrahimović was on the team for two seasons but got the fans excited. And after saying goodbye to Gio, LA Galaxy fans might’ve gotten a goal scorer in Zlatan, but they gained a leader in Jonathan Dos Santos. His persistence in the midfield is applauded and his love for the team has grown with each game played (he’s even gone so far as saying he’d like to be here for the rest of his career). Couple that with the introduction of Uriel Antuna, his contributed goals and assists and the relationship with Mexican players began to improve. Chicharito coming in obviously helps bring in those fans that love him dearly for his national team stature, but it also assures consistent LA Galaxy fans that the pandering comes (hopefully) with a loyal player that can score those needed goals and a hunger that might not be lion-sized and might at times be ugly enough that it’ll hit itself in the face, but should get the ball in the back of the net.

Even for reluctant Mexico fans.

Whether they fully accept it or not, Major League Soccer is growing and becoming more attractive. The horizon leading up to Europe will always look grander and give fans high hopes of what Mexican players are capable of (look at what Raul Jimenez is doing), but Central and South American fans are realizing the stigma is not necessary. Yes, Liga MX still dominates in the US but enjoyable soccer is enjoyed everywhere and should be enjoyed. Letting go of the obvious financial benefits that are coming to both MLS and Liga MX that they will continue to enjoy with Leagues Cup, CONCACAF Champions League, the upcoming All-Star faceoff and the potential of a combined league, seeking the United States as an option has always been a fabric of Mexican culture.

To deny it is to deny this idea that some of our players can make it better and make themselves better in the process. Alan Pulido said it himself about coming to this league while also mentioning Antuna’s move to Chivas from Los Angeles. Tata Martino led Atlanta United to a championship before getting Mexico another Gold Cup victory that was won off a Jonathan Dos Santos goal. We’ve lived through Jorge Campos, Luis Hernandez, Cuauhtémoc Blanco and Rafa Marquez being part of the early stages of this league and can expect a future in which Efrain Alvarez is still enjoying his time here as he decides which national team he’ll choose.

Being angered by the force of this inevitable fusion of Mexico fans, Mexican-American fans and American fans coming together to acknowledge a player that isn’t quite retired and isn’t quite in his prime potentially playing good soccer doesn’t sound like much fun.

Now, is the right time for us to… how does it go?