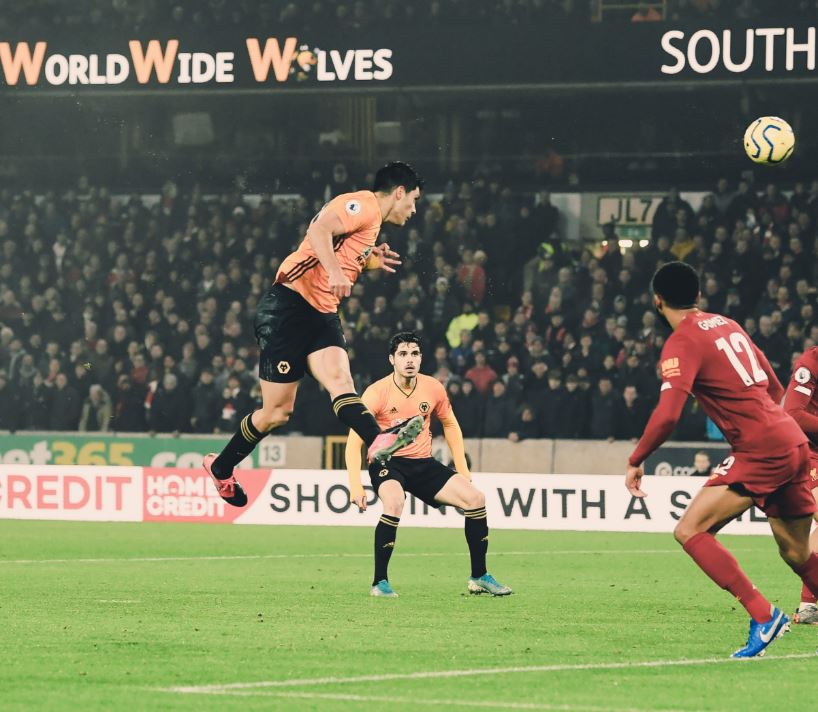 Jiménez is Building His Stock

The Wolverhampton Wanderers played host to EPL superleader, Liverpool, and looked to deliver an upset against The Reds at home and build momentum leading into the final stretch. Unfortunately for the Wanderers, Liverpool took an early 1-0 lead in the eighth minute. It looked like the Reds were going to run away with another victory and extend their 50-day streak of not receiving a Premier League Goal. The streak was finally broken by Mexican sensation, Raúl Jiménez, who knocked down one of the best goals of the week in the 51st minute. The combination of RJ9 and Adama Traoré has delivered some impressive goals and kept the Wolves relevant this season. RJ9 continues to add value and stock as he routinely finds the back of the net. The game looked to end in a tie, but the Reds pulled the win in the 84th minute, robbing the Wolves fans of a potential upset.

Carlos Vela and LAFC opened their 2020 preseason against Uruguayan powerhouse Peñarol. After a dominant regular season last year, LAFC started their preseason with a 2-0 win. Vela, who took the MLS 2019 scoring title, still looks to help his team reach their first league title. He connected early and left off where he started by curling a left-footed shot from the top of the box in the 10th minute. With the official announcement of Javier “Chicharito” Hernández to the Galaxy this week, this MLS season looks to be one for the record books. Both Mexican strikers are in their early thirties and are known for finding the back of the net. Mexican fans will be pressed to pick a side this year.

Leganes Fighting Their Way Out of Regulation

Javier Aguirre continues to help Leganes out of regulation by adding points. The team faced off against Héctor Herrera’s Atlético Madrid, who have seen their fair share of struggles this season, including a loss to Eibar and Cultural Leonesa last week. HH has seen consistent minutes this season but found himself on the bench against Los Pepineros. Both squads shared their moments, but Aguirre’s’ boys looked to be the aggressors. After a poor performance by the Colchoneros in the first half, Herrera entered the match in the 62nd minute to add balance and create opportunities. The Red and Whites could not find an answer for Leganes’ defense and both teams earned a bitter point.

Getafe 1-0 Real Betis (Guardado subbed out in the 34th minute, Lainez was not on the 18 man roster)

Napoli 1-0 Lazio (Lozano did not play)

Napoli 2-1 Juventus (Lozano did not play)

Groningen 2-1 Ajax (Álvarez did not play)