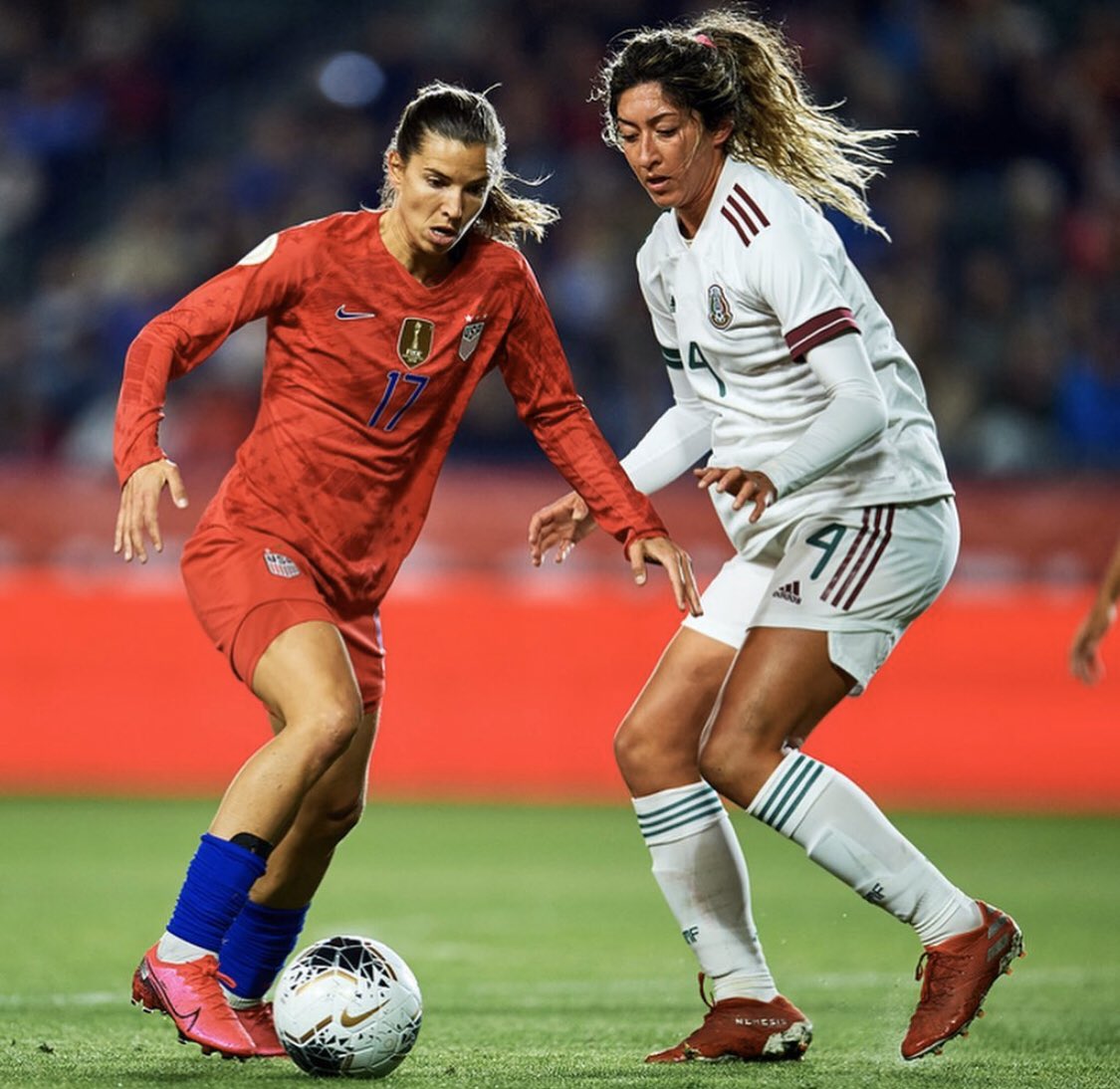 The road in pursuit for Tokyo ended Saturday evening when El Tri Femenil fell to the US Women’s National Team 4-0 in the semifinals of the CONCACAF Olympic Qualifiers.

Mexico’s slim chances of qualifying to the Olympics were made apparent since the draw, when it was announced only the top two teams would secure a ticket to the global stage in a region that has the literal current World Champions and the player with the most international goals ever (by a man or woman).

Head coach Christopher Cuellar’s approach to be more offensive and attack the United States head on proved to be too much for the Mexican defense, resulting in the Rose Lavelle capitalizing on a lack of proper pressure and scoring in the fifth minute of play. Sam Mewis would get a second for the USWNT in the 14th minute, forcing the Mexican side to change their strategy and improving the closing of space for the world champions from defensive players like Jimena Lopez, Janelly Farias, Jocelyn Orejel and Karla Nieto (replacement for breakout star Rebeca Bernal who missed this match due to yellow card accumulation). Tigres Femenil player Jacqueline Ovalle also had some solid moments but with the team overall only having one noted shot on target all game, the US continued to pressure and got two more goals to end the match with Mewis getting her brace in the 67th minute and late substitute Christen Press coming on and scoring a spectacular volley in the 73rd minute.

Mexico’s loss to the USWNT would make yet another elimination from an international tournament in the last two years for the Aztecas.

The absence of one notable player that could have been on the field, Charlyn Corral, was addressed and despite her public announcements stating she was fit to be part of the Olympic qualifying roster, Cuellar expressed no regrets on her not being on the pitch for this semifinal match.

“Charlyn’s a good player. She’s doing well in Spain and has had a successful career; the decision of her not being here came from past experiences of being in competitions like this and it’s difficult when players arrive just before. I’m happy with the players here — their dedication and how they trained.”

The future of the Mexican Women’s Senior side remains in question. A future Cypress Cup appearance should be coming soon and Janelly Farias and Renae Cuellar both expressed the perks of Liga MX Femenil playing year-round to help their form. Still, elimination after elimination is not what fans or analysts wish to see from a country that consistently dominates CONCACAF with their male counterparts. There are a lot of layers as to why the gap between the top two women’s teams are much better than El Tri Femenil.

For now, Mexico says goodbye to the next big international competitive tournament and starts again, with hopefully more ideas to fix the unfortunate problems still at the surface.