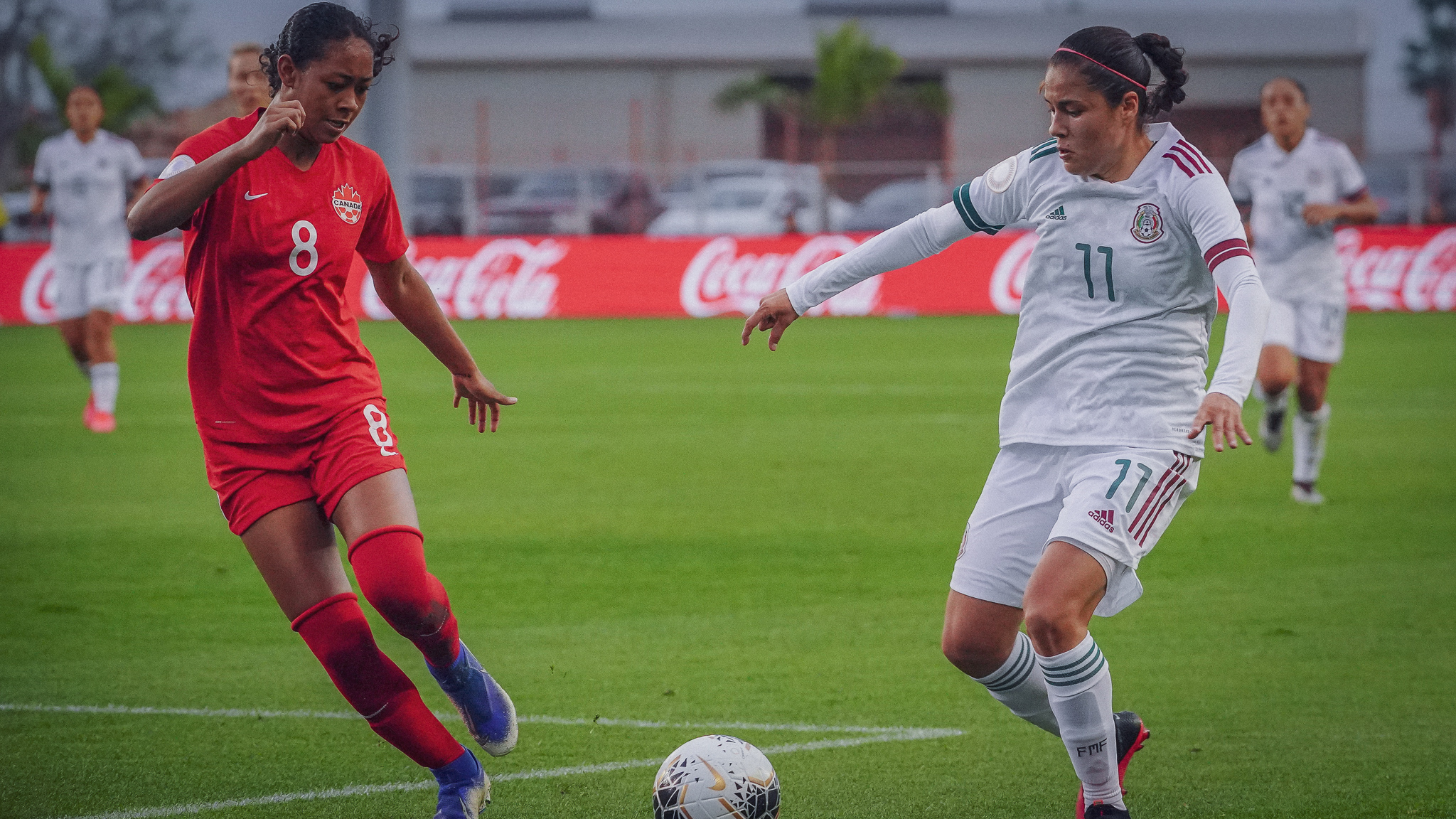 The fight for first place in Group B ended in Canada’s favor in a 2-0 victory against Mexico.

Mexico head coach Christopher Cuellar switched it up for the last match of the group stage, bringing back Emily Alvarado to the goal while having Daniela Espinosa and Liliana Mercado helping out the offense. The first few minutes showed a willingness to fight from Mexico that was seen in the first two matches (including an opportunity for Renae Cuellar) but after 25 minutes, the defense slowed it down and created enough space for historic goalscorer Christine Sinclair to take advantage and give her side the lead.

Another relaxed moment from Mexico inside their box left an unmarked Shelina Zadorsky free to take a shot and extend the lead before the end of the first half.

After some missed opportunities from both sides that saw Kiana Palacios and Daniela Espinosa make attempts at goal and some good saves from Emily Alvarado, Canada kept their 2-0 lead over Mexico, sending El Tri Femenil to their inevitable second place standing and a match-up with the current World Cup champs in the semifinals.

“We’re right where we wanted to be,” said head coach Christopher Cuellar. “There are small details here and there but we generated some good chances. We were closing space and distance well at the beginning but when it grew, [is when the goals came].”

The US Women’s National Team currently has 18 goals in favor and zero goals conceded this tournament.

“We’re fighting for a ticket [on the 7th],” Cuellar stated. “It’s 90 minutes. Nothing is impossible. We know the United States is a very strong team but we’ve shown we’re able to create difficulties for those types of teams.”

“Today was a tough game and the next one will be another tough game,” Stephany Mayor expressed after the match. “It’s time to recover and get ready for another 90 minutes.”

Mexico will face off against USWNT on Friday, February 7th at Dignity Health Sports Park in Los Angeles at 7:00 PM PST.

Mexico In Good Form After 6-0 Win Over St. Kitts & Nevis
Mexico Fall To US 4-0 & Say GoodBye To Tokyo
To Top