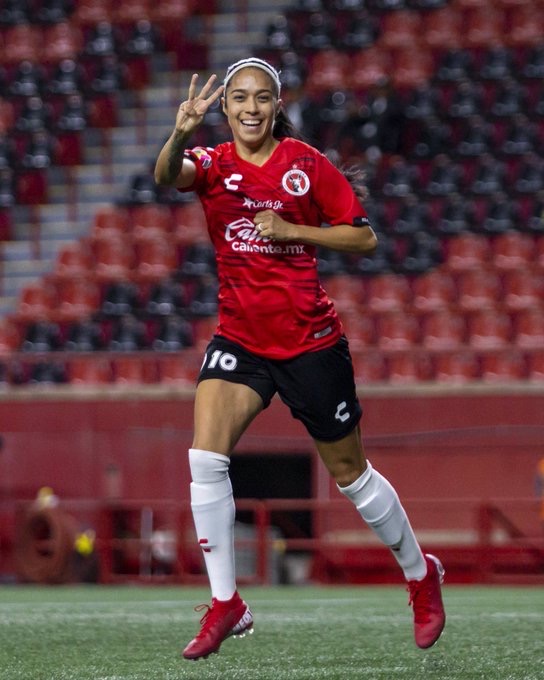 Welcome back, everyone! A new season of Liga MX Femenil is upon us once again and with the league gaining more attention, fans familiarizing themselves more with each team and new players increasing the competition, the first week of the 2020 Clausura season did not disappoint. Here are my main takeaways from Jornada 1.

Renae Cuellar is back. It is not a hyperbole to say Cuellar was the all-around Mexican-American player of the 2019 Apertura season and it looks like 2020 is no different. Annia Mejia might have been the first Mexican-American to score in a final that ultimately led to Monterrey’s first title but it was incredible to see Cuellar almost single-handedly prove why dual nationals deserved to play in the league, ending 2019 with twelve goals. This season, she returns with her same fight and has gotten off to a tremendous start with a hat trick against Queretaro and scoring all three goals in a span of twenty minutes. The drive has been there since last season and as mentioned in previous posts, the addition of Lucero Cuevas is proving beneficial after this first match. It’s too early to say obviously but Cuellar might have some steady competition for that Golden Boot race once more with Pachuca’s Viridiana Salazar and current champion Desiree Monsivais (who has yet to start her Clausura season with Rayadas) and many other players as the weeks go on but for now, she’s the star. Should be an exciting season for her and Xolos.

The league gaining character is going to help it so much. There has been a lot of grassroot efforts that have helped the Liga MX Femenil be at the level that it is going into its sixth season but it is even better when one sees those within the league help with that. Social media proves to be so beneficial at times by reaching unchartered territory without much work and Puebla Femenil’s engagement online during their first match against Pumas was a highlight of Jornada 1. While Mirelle Arciniega got her brace, the community manager that was in charge of providing live updates also provided insightful excitement to the team’s dominance on the official twitter page and made time to reply to fans and reporters commenting on the match (myself included who was tweeting in English). It might not seem like much, but collaborative efforts such as there increase even more awareness of the league. Personality builds interest and in line with a surprising domination from the Puebla side, could create buzz for the league after some finals excitement last season.

America Femenil. In true Aguilas fashion, despite another rollercoaster preseason that left some with doubts, America Femenil is off to a strong start with a 3-0 victory over FC Juarez. There are still plenty of weeks left to see the impact that Lucero Cuevas’ absence will have on the team long-term and how the locker room environment progresses but strong goals from Estefania Fuentes, Daniela Espinosa, and Jana Gutierrez show versatility and with a strong midfield that include Betsy Cuevas and Jennifer Munoz (who was named to the Best XI for Jornada 1), America might have the very fight they need to have a decent season. Newest Mexican-American player, Janae Gonzalez, will also likely be registered this week and will be eligible to play in Jornada 2. Their next match against Cruz Azul, who is coming off an exciting 2-2 tie against Chivas, will be more challenging and might provide an early test of their potential during the second week of the season.