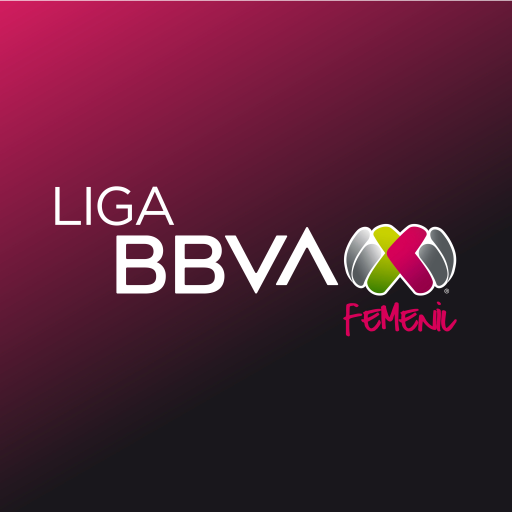 We’re about one week away from the sixth edition of the Liga MX Femenil to take place for its 2020 Clausura season and there seems to be more moves than ever. In collaboration with Amelia Lopez and our newest FutMexNation contributor, Melissa Hernandez, we’ll bring you the most up to date information of which femenil players are heading to which teams, what the latest rumors are and how it all impacts the upcoming season.

Amelia: There is always something significant about a winning team wanting to polish their roster to make themselves more competitive but I find the departure of Selena Castillo quite surprising. She provided that necessary depth from the bench that allowed Rayadas to switch off players with ease not to mention provided an important goal during the Clausura 2019 season. Still, having a player like her head off to FC Juarez makes for a more competitive league. Not sure what Trevino joining the team will mean for Lozoya given the incredible performance she had in the final but only time will tell.

Amelia: I think what is happening at Tigres this preseason is probably the best example of the league evolving into the next stage of what it should be. Since late into last season, we have heard the rumors of Houston Dash wanting either Jacqueline Ovalle or a combo deal of her and fellow teammate Katty Abad, signaling the beginnings of other leagues realizing the value of traveling across the border for quality players (also, quick plug to Sandra Herrera for her great article about this very topic for The Equalizer). But it’s not just the teams in the NWSL that are realizing the impact this league can have for them, but Mexican players themselves realizing what the league can do for them. National team players Bianca Sierra and Stephany Mayor coming over here is a huge deal, probably as huge as when Renae Cuellar joined the league though with slightly less impact on the pitch. Anybody who knows this teams knows how incredibly stacked the squad is and having players like Sierra and Mayor as options off the bench only go to show how talented the team is. However, if Ovalle and Abad both do in fact leave, the acquisition of former Chivas player Brenda Viramontes and Mayor could bode well give both players experience and natural sense of leadership. Either way, Tigres is making itself the gatekeeper on how and what the league is capable of doing.

Amelia: The biggest and most revealing news for América this upcoming season is loaning out Lucero Cuevas to Xolos. Her relationship with head coach Leonardo Cuellar definitely kept her off the starting XI roster numerous times last season and rumors about an uneasy locker room involving several players (not just Cuevas) must’ve made the loan to Tijuana that much easier. Still, an América without Lucero Cuevas might not have the same feeling anymore. Casandra Cuevas returning can help support the midfield along Mexican-American Jennifer Munoz and with the addition of another dual-national, Janae Gonzalez, could give the Aguilas some potential but without a real household name, could also mean they struggle to find effective leadership to bring them all together.

Melissa: Chivas signing María Sánchez from Chicago Red Stars was one of the biggest headlines across the league during preseason. Norma Palafox’s return after her stint in Exatlon also brought attention, with the relationship between Chivas and The Marketing Jersey agency (who represent Sánchez, Palafox and Janelly Farías, the team’s first dual national) an interesting element to keep an eye on. Karen Loya, Evelyn González and home-grown talent Isabella Gutiérrez round off a more offensive-minded transfer window, as the team looks to build upon an improved season performance that ended in disappointment with Chivas unable to score in either leg of their quarterfinal defeat against América.

Melissa: Toluca announced new coach Agustín Contreras earlier this month, and their 9 signings tie them with FC Juárez as the teams bringing in the most players as they look to improve last season’s quarterfinal finish. They’re also one of the teams that consistently adds up the most U-18 minutes, and have continued that trend by adding two players from their youth squad.

Amelia: I mentioned a few paragraphs ago what a loss it was for América which can only inversely mean that the addition of Lucero Cuevas to Xolos Femenil is an absolute get. Xolos had an impressive run last season, qualifying for the playoffs for the first time since the league started and the inclusion of Mexican-American Renae Cuellar with her twelve goals showed the massive potential the team could have going into this Clausura. There’s still more work to be done to the starting roster for Xolos Femenil but an attacking front with Cuellar and Cuevas (who had 44 total goals for América in the two years she was there), you can expect a dangerous offensive side with more options this season.

Melissa: Monarcas had a very good season that almost saw them making it to Liguilla. They have retained all of their key players and brought in defensive backup, including their first dual national, Mexican-American player Lucero Lara, as they try to make a run for their first-ever top 8 finish.

Melissa: Cruz Azul retained their core team, and added some interesting players like Monique Burgess and Marylin Díaz, who paused her career after a championship with América to join the Mexican army in order to pursue a college degree there, as well as being part of the army’s futbol team. Last season was Cruz Azul’s best one to date, as they almost qualified to Liguilla after a strong start that included wins on their first 4 matches, and they could be a contender for a top 8 finish.

Melissa: Guadalupe “Lupita” Worbis is the biggest surprise from Puebla, as the 36-year old striker came out of retirement to join las Franjitas. The former Mexican national team player (she accumulated 115 caps, including Olympics and World Cup) will surely bring lots of experience to the roster with the youngest age average on the league.

Melissa: Pumas chose to make no moves on their roster, and while Ileana Dávila continues as head coach, they’ve reportedly changed the rest of their coaching staff.

Melissa: With only two signings confirmed so far, looks like the biggest shuffle for Santos will come at the bench, with the club announcing at the end of November that they would change their full coaching staff, with Martín Pérez taking over Jorge Macías.

Melissa: Atlético de San Luis announced a change of coach after they had already signed their new players, so only time will tell if they can make it work and turn in a better season than their first. While numbers decreased as the season went along, they had the second best attendance in the league, so Estadio Alfonso Lastras could be a hard place for their rivals to visit if San Luis can bring fans back in with some good performances.

Melissa: Necaxa come in from another rough season with only 2 loans. It’s going to be an uphill battle to leave the lower part of the table, but the biggest win for them could come from outside the pitch if front office makes good on their promise to improve player conditions after the team was stranded on the highway and was on the brink of not making it to their match.