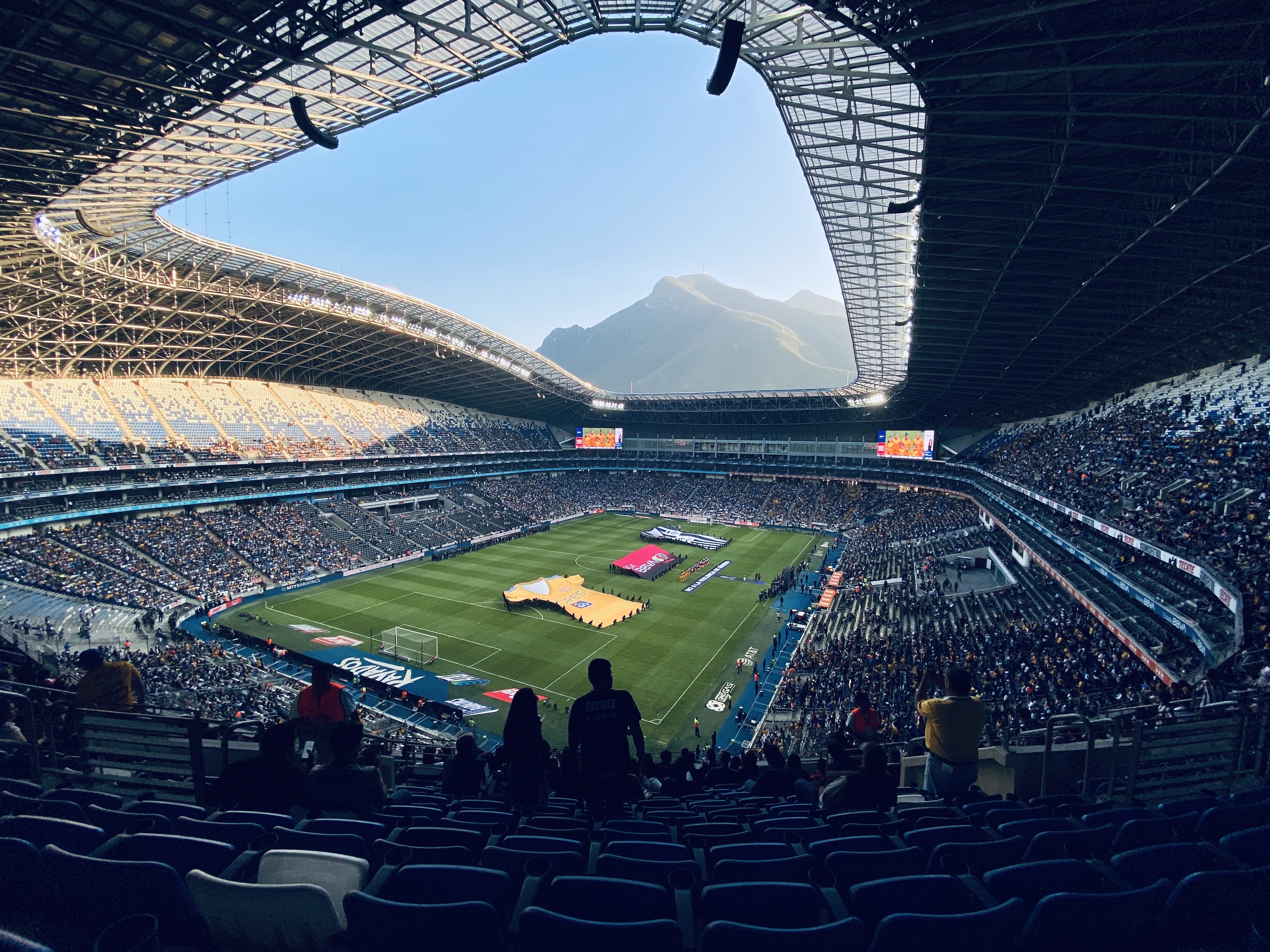 I want to start this post off by saying how extremely happy and fortunate I feel to have been able to watch this Liga MX Femenil Final LIVE. A matter of good circumstances allowed me to hop on a plane and head to Monterrey for all of 22 hours and witness women’s soccer thriving in Mexico. In its fifth season, the league’s growth is apparent and while there are still headache moments, seeing Rayadas lift their first title meant that this all matters despite it. Here are my main takeaways from the second leg.

1) The cultural aspect of this league makes it priceless. We have heard the never-ending saga involving women’s sports and the lack of real profiteering from it that limits it from succeeding. It’s a self-fulfilling prophecy that presumes it’s inevitability before ever really giving itself a chance to grow. Women’s sports need and deserve better than that and the Liga MX Femenil is no different. Even before I finally arrived to Estadio BBVA, there were tons of videos being shared of fans lining up to buy tickets for the match. We might have had to deal with the irresponsible move from the league to postpone announcing the date for the second leg (even having it conflict with the men’s side playing away in their own Liguilla), but people still showed up. Fans of all ages were getting to their seats to watch the two best teams in the league face off against each other in a women’s final. The moment that really brought it all together was when two young girls — both probably no older than nine years old — were walking side by side in their Tigres Femenil jerseys talking about how Katy Martinez was going to score. It was the casual normality of this little girl in her jersey on her way to her seat and knowing that possibly her childhood would be molded by the existence of that team and those players that made one feel like saying “to hell with your profits.” This cultural impact is massive and it won’t stop from there.

2) Rayadas completely deserved to win this. Let me reiterate that. They absolutely deserved it. Top team of the regular season with the top goalscorer Desiree Monsivais and the unfortunate ending to their last two appearances in league finals made both analysts and fans to cheer not just for a new champion but for the best team of the season to go all the way. The fact that the final was yet another Clasico Regio against the powerhouse of Liga MX Femenil, Tigres, added to that intensity and the hustle Rayadas put in to get the game level in the first leg only excited fans that made their way to Estadio BBVA to see their team fight for their first title at home. It was simple: score first and then secure the lead. And they did just that. And while the goal came early, leaving Tigres pouncing at every opportunity, it was Monterrey’s consistent fight and Claudia Lozoya’s superb performance protecting her net that ultimately gave Rayadas their perfect season.

3) The league has some exciting moments coming while still showing us its necessity for proper growth. Monterrey’s victory against the heavy favorite was a great moment for the team and the league. For fans in the US who didn’t have a real broadcast had the ability to stream it through YouTube and accounted for over 100,000 views of the match. The very presence of English-language media helped connect with some of the Mexican-American players, including Annia Mejia, the first Mexican-American player to score in a Liga MX Femenil final. But as remains the case, that doesn’t absolve the league from its many issues.

A few days after Rayadas ended the championship drought for the club overall (the men still have a final to advance to and haven’t won the league in years), there was speculation that the team’s reward for winning the title would be iPads. Desiree Monsivais had a very encrypted message alluding to these rumors and after some digging from numerous media outlets, reports confirmed that while iPads were part of the deal, there was also a spoken agreement with the players and officials that they would receive a reward alongside the iPads. Reports also indicated that the reason that the cash portion of the reward wasn’t given was because for financial reasons; the club couldn’t afford to provide a cash reward. The idea of financial burden limiting progress is always placed heavily on women’s sports but is a reluctant point to make to collapse men’s sides (look at how far Veracruz pushed it until it was unbearable). For a team that had the means to send their men’s side to Qatar for the Club World Cup, a few thousand dollars — even a few hundred dollars — to give to the team would have been something. We’ve heard about past agreements with past champions like Chivas only receiving new cleats and headphones and if that was the agreement, the agreement was kept and that’s fine. But if Rayados somehow win the Club World Cup or even the league, would it be enough to just give newly crowned champions iPads?