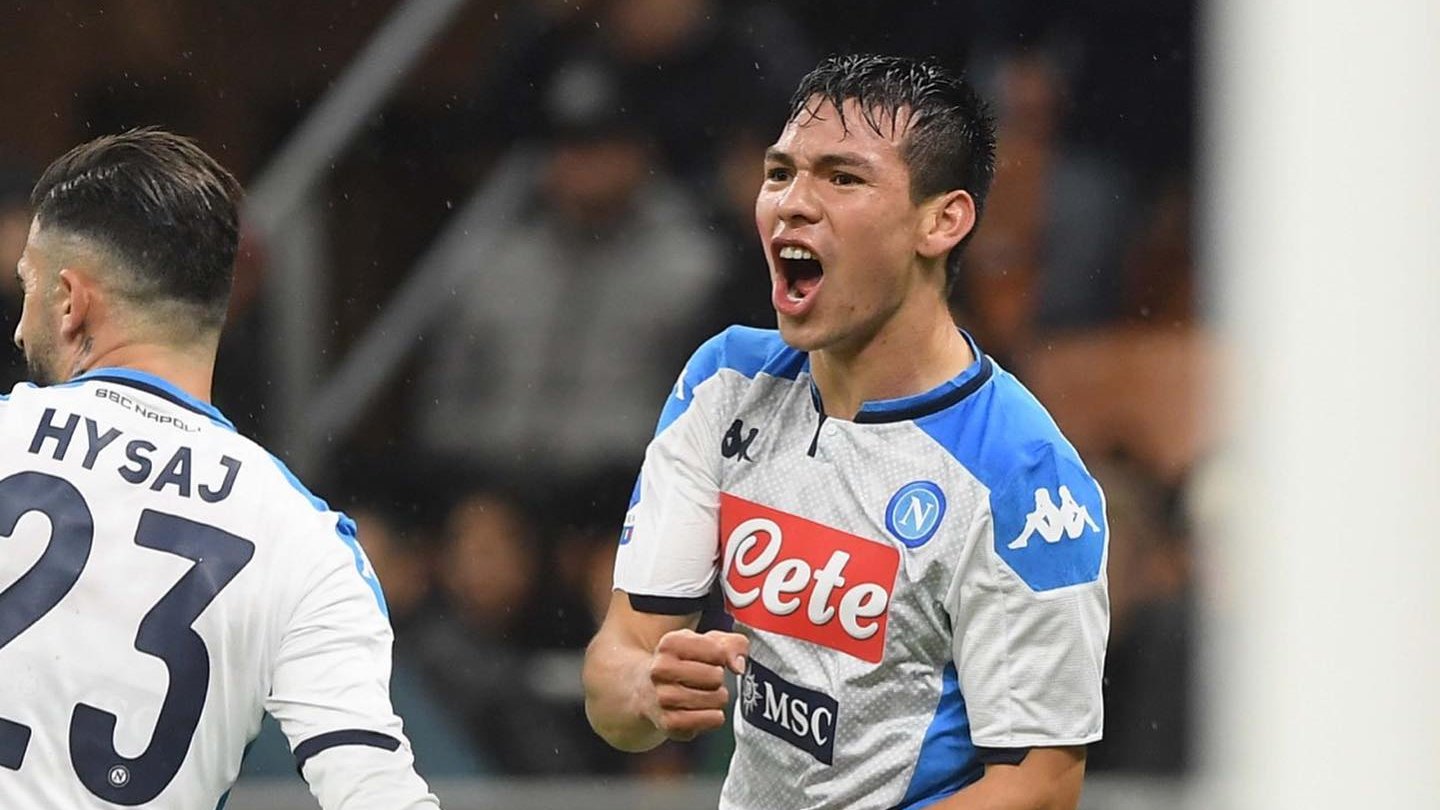 Lozano With the Header

Hirving “Chucky” Lozano and Napoli looked to break their four games losing streak in Serie A against AC Milan. Both teams have been struggling to rack up significant points in Serie A. Lozano got the start for the Blues and continued to improve and secure a role with the team. Chucky wasted no time and connected in the 24th minute for the early lead. Lozano’s goal came off Lorenzo Insigne’s ball that hit the crossbar of Milan’s goal. Lozano took advantage of the rebound with a perfectly placed header and got the goal. Unfortunately for the Gli Azzurri, Milan found the equalizer five minutes later thanks to a Giacomo Bonaventura cannon off the large box. Lozano was subbed out in the 83rd minute. The game would end in a 1-1 tie with Napoli having the clearest chances for the victory.

The Wolves were clearly the aggressors scoring twice before the half. The Wanderers’ goals came from João Moutinho and Raúl Jiménez. RJ9 goal came in the 31st minute of play thanks to a low cross from Adama Traoré.  Bournemouth found themselves a man short after Simon Francis’s second yellow card in the 37th minute. Jiménez continues to find the back of the net for the Wolves and is the leading European Mexican striker this season. The Wolves are unbeaten in their eight Premier League games — their longest run since February 1974.

Atletico Madrid and Granada had a heated competition with both sides receiving several yellow cards throughout the match. Héctor Herrera got the start and played the full 90 minutes. He played an important role in the game by controlling the mid-field and tempo. The game remained scoreless until the 60th minute thanks to a lovely assist from HH to Renan Lodi for the tight angle shot. The Rojiblancos held the lead for a short seven minutes until German Sanchez, from Granada, found the equalizer. Both teams looked for the winning goal as time expired. The game ended in a disappointing 1-1 tie, with both teams in desperate need of the three points.

Sevilla 1-0 Villadolid (Hernandez did not play)

Porto 4- Setúbal (Corona played all 90 minutes, with an assist)

PSV 2- 1 Heerenveen (Gutiérrez did not play)

Ajax 4-1 Heracles (Álvarez did not play)