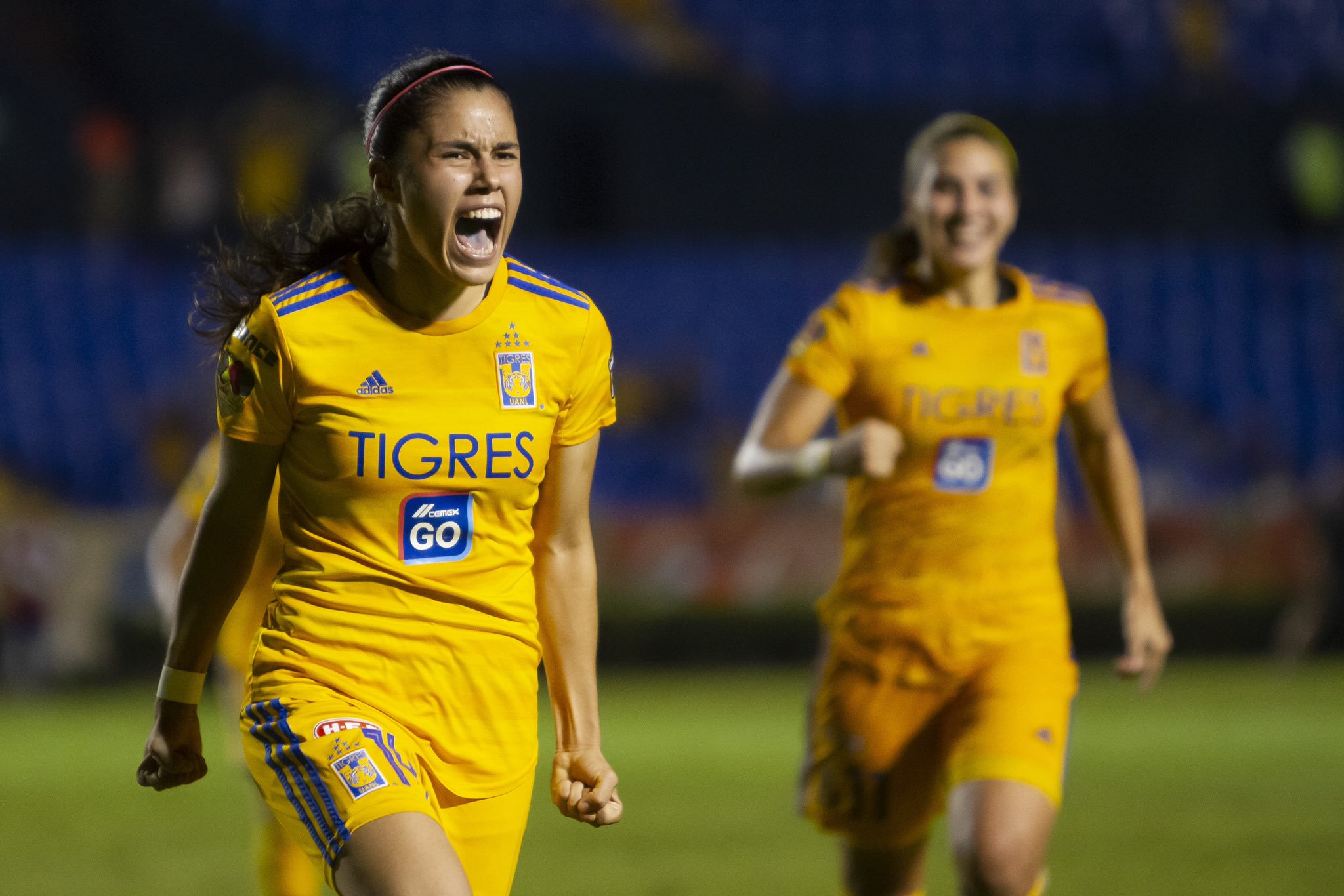 History was made on Saturday night when the first inter-league match between Tigres Femenil (a Liga MX Femenil team) and Houston Dash (a National Women’s Soccer League -NWSL) team took place in El Vòlcan. The match ended in a 2-1 victory for the home side and there were some notable takeaways from it.

1. Lizbeth Jacqueline Ovalle is the future of Mexican Women’s Soccer. It might be a slight hyperbole but given her age, the style of play she possesses and the passion she brings onto the field, Ovalle does appear to be what Mexican Women’s soccer needs moving forward. Dubbed “Ms. Liguilla” by some who cover the Liga MX Femenil (it’s me. I’m some) for her work in playoff matches, Ovalle’s creative role as a midfielder will only strengthen as time goes on. She’s scored in every final Tigres has played in, currently has five goals in ten matches this season and has an overall goal count of 22 goals in the Liga MX Femenil. To have her score the leveling goal against Houston Dash off an assist from Katty Martinez with a strong shot inside the box seemed appropriate and should make any national team fans excited for what else she has in store as her skills mature.

2. Tigres are good; the rest of the league needs to catch up. It was a friendly so for all intents and purposes, the victory against Houston was merely a fun match up between two teams from two different leagues. However, it was a special moment for Tigres Femenil to come back from an early goal deficit against a team four years older than it is and have its two goals scored by notable players Lizbeth Ovalle (refer to point 1) and Liliana Mercado only added fuel to the spirit that Tigres Femenil embodies. Probably more than their male counterparts, Tigres Femenil’s popularity in their individual league coincides with how well they do on the field. Alongside teams like Monterrey and Pachuca, Tigres proves what can manifest when there is serious investment in a product. This inter-league match showed the competition that can be created if there was ever a League’s Cup or CONCACAF Champions League for the womens’ teams in North America. But, not every team is a Tigres and the rest of the Liga MX Femenil squads should reflect on how to improve not just for the league, but for the region overall.

3. Women’s soccer in Mexico needs to stay. Now into its fifth official season, the Liga MX Femenil has ceased to exist as an unfamiliar thing (or at least it should). Yet, there seems to still be underlying whispers that eventually the federation will decide to do away with it. At this point, however, the benefits must largely outweigh the costs. We see financial issues arise in the Liga MX Men’s side but there is never a discussion about whether or not the league should be disbanded. Since its creation in 2016, there has been nothing but an increased desire to know more about the league, its players and the competition on the field. As the league eases up on its rules and begins to allow more veteran players and dual nationals, that engagement and consumption only grows. As the competition increases, the financial benefits of creating “cash-grab” tournaments like one sees often on the men’s side can begin to seem more lucrative for those prioritizing those aspects.

But forget about the economic benefits the league could create. Think of all the cultural moments the league has already allowed to happen. Young Mexican girls and boys now have more athletes to idolize and normalize. Grown adults of both genders cheer on the women’s teams and ask these players for autographs at the end of the day. In a society that still is incredibly behind when it comes to changing its misogynistic ways, the Liga MX Femenil is doing what it can to reform that and it shouldn’t go anywhere.

Bonus.) Don’t fu**ing disrespect female athletes. After just coming off delving into a long rant about why the Liga MX Femenil matters, profanity is necessary at this point, right? Time and time again we are forced to explain how and why it is not okay to treat female athletes in general with a disregard for the basic dignity that any human being deserves. For all the good that the historic friendly brought about, it was slightly overshadowed by a “fan” who decided to inappropriately touch Houston Dash player, Sofia Huerta, on her breast while taking a selfie. There’s absolutely no excuse for that happening. Huerta was reported to be visibly uncomfortable following the interaction and as discouraging as it is to say, it might have not been discussed as much had it not been for all the photos that surfaced about the incident. Luckily, photo evidence does exist, and on Monday morning, both the Tigres Femenil and Tigres Men’s accounts released a mutual statement regarding the incident, asking fans to identify the person who touched Huerta which will be followed by legal action and a lifetime ban from all matches (both men and women).

While this particular moment is a singular incident, it does become part of a collection of numerous other incidences surrounding the Liga MX Femenil and shows how much work is left to be done for people to really understand a basic concept: stop disrespecting female athletes.
Update: I wrote that portion earlier in the day before I received notice that Medio Tiempo decided to take advantage of the situation and create a clickbait photo gallery about Sofia Huerta where her identifier is the “victim of harassment.” To paraphrase Beto O’Rouke: members of the soccer media, what the actual f–k?