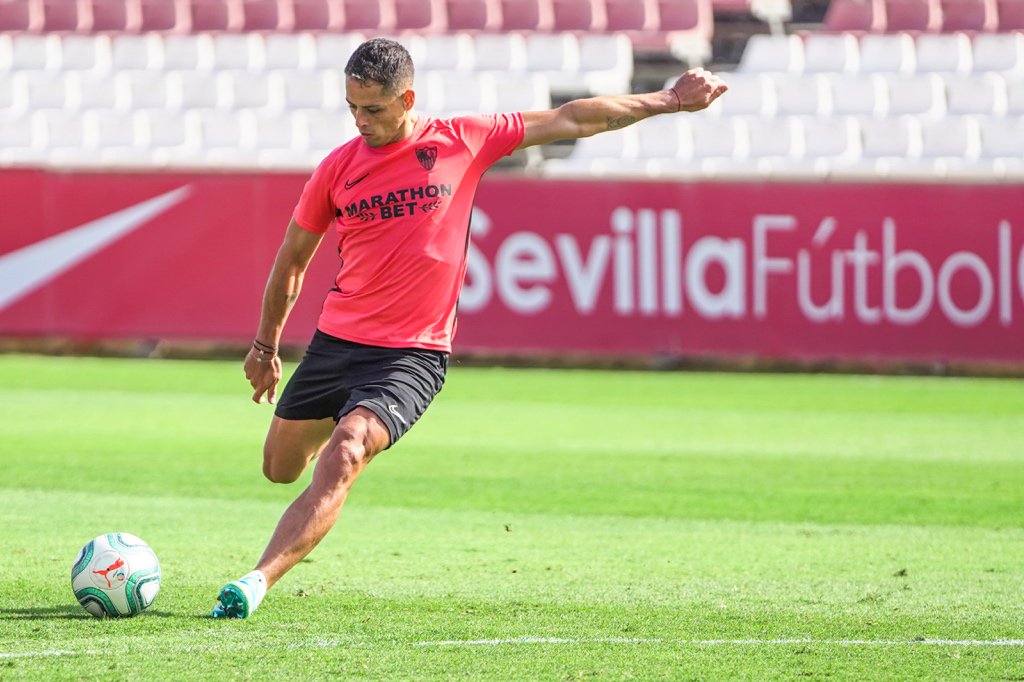 Javier ‘Chicharito’ Hernandez saw action in his debut with Sevilla F.C. on a damp and rainy match against Deportivo Alavés. Sevilla had a dominant statistical display with a minimal score. Their goal came from Joan Jordán Moreno in the 37th minute off a set play. Chicharito was brought in the 70th minute of the match to add some spark to the offense and contributed a solid 20 minutes of play while trying to find his timing and his new team’s style of play. Chicharito will have some time before their next match to build his case at a starting role.

Real Betis 1-1 Getafe GF (Guardado was not on the roster, and Lainez in the 18 but no minutes)

LAFC and the Philidelphia Union squared off for a potential Mexicans Abroad showdown but Marco Fabian wasn’t part of the Union’s 18 after failing to attend a team meeting on Friday, leaving Vela to take the spotlight, capitalizing from a rebound off the post in the 43rd minute of the match to score his 28th goal of the 2019 campaign. The match appropriately ended in a 1-1 tie for two of the strongest teams in the league, leaving exciting speculation for a rematch in the playoffs.

Antuna and 3 Others Find the back of the Net

After a controversial 2-1 loss to Colorado on Wednesday, LA Galaxy finally broke their losing streak with an exhibition of goals and highlights against Sporting Kansas City in a 7-2 victory. Zlatan Ibrahimović would steal the show by adding another hat trick to his resume–a hat trick that was completed thanks to a lovely assist from Efraín Álvarez.  The LA team responded well after trailing 1-0 in the first half, with Jonathan Dos Santos controlling the midfield, three other players would contribute to the dominant win including a goal from Mexican International, Uriel Antuna, in the 69th minute.

Uriel Antuna scores and gets his 4th league goal this season. pic.twitter.com/mm3BrS5iGG

Chucky in Starting Lineup for Napoli

Hirving ‘Chucky’ Lozano and Napoli played host to Sampdoria on Saturday in Lozano’s first starting role for ‘Gli Azzurri‘ (The Blues). Chucky fit right into Calo Ancelotti’s system–contributing on every play, leading the attack, initial assists and eventually giving Napoli their first goal in the 13th minute of the match. Lozano passed the ball to Giovanni Di Lorenzo who made a one-touch assist to Dries Mertens for the goal.

Napoli was able to control the match and keep Sampdoria offense under control for the 2-0 win. Chucky was subbed out in the 65th minute of the match and will have time to rest before his team faces off against the  current Champions League winners, Liverpool, later this week.

Raul’s Wolves Could Not Pull the Upset

Raul Jimenez got the start for the Wolves on Saturday morning against Premiere league giant, Chelsea. Despite still not having won a match in the regular season, Chelsea’s draw against Scheff United last week and Wolves’ performance the last time they faced off left some hope for them to possibly get their first win. However, Wolves were ineffective against Chelsea’s dynamic attack, conceding five goals throughout the course of the match. A lack of minutes for USMNT’s Christian Pulisic’s left a CONCACAF faceoff from happening and despite having an opportunity to put the Wolves on the scoreboard with a header before the half, RJ9 failed to connect and was subbed out in the 70th minute, well after the game was out of reach. Wolves ended the match 5-2 and will now focus on the Europa league, where both the team and Raul Jimenez have shined the last couple of weeks.

Edson Álvarez continued to add valuable minutes for Ajax during a dominant display from the Eredivisie super leader. Álvarez appeared to be a natural, playing a major role in the Ajax attack. Their first goal came in the 14th minute of the match and “The Lancers” did not look back, including a clear header opportunity in the 20th minute for the Mexican player that was quickly denied by the goalkeeper. Ajax added three well-deserved points to remain at the top of the League with a 4-1 victory over Heerenveen. Alvarez is making his case known early with his new club, establishing himself in Holland and thanking the fans that are there.

Good guy Edson! Mexican fans get a nice surprise after the game #Mexicansabroad