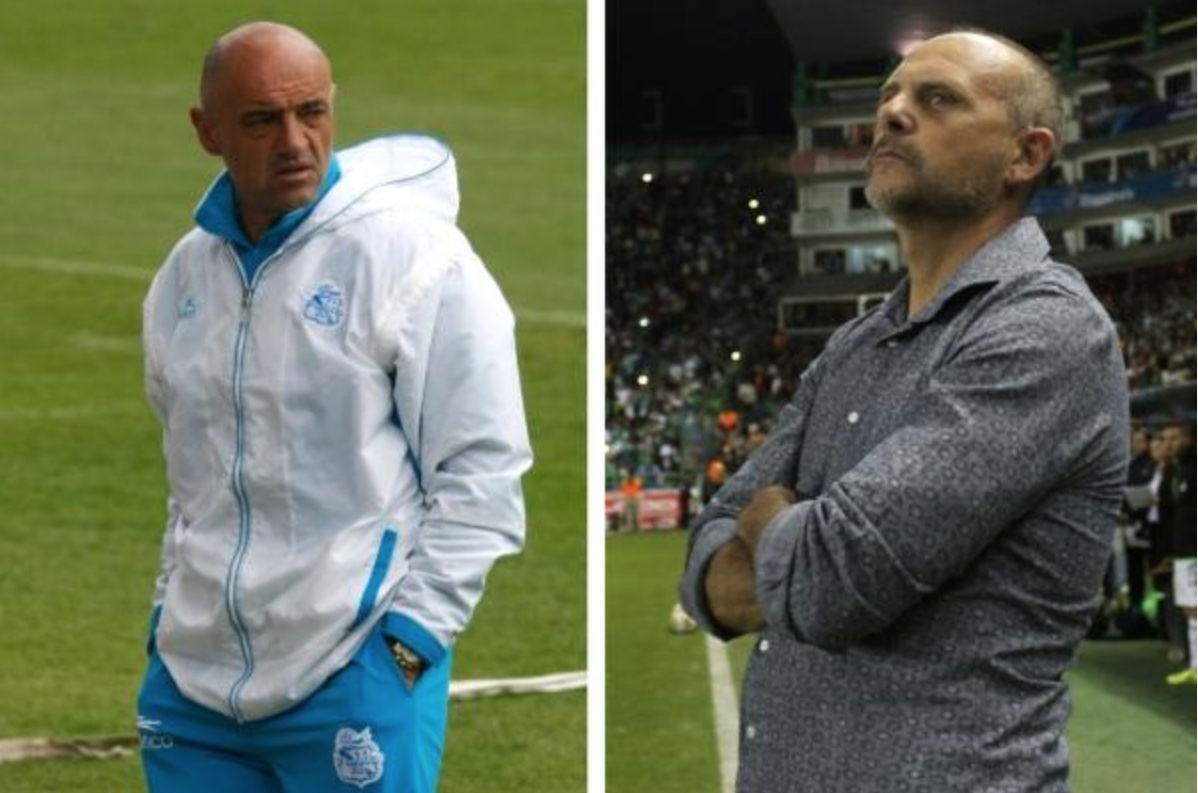 This week we saw the axe fall on two Liga MX managers, with Puebla’s José “El Chelís” Sánchez and Morelia’s Javier Torrente both out of their respective jobs. Mexico is known for its unforgiving managerial environment; win now or leave. Few clubs seem interested in allowing a manager’s vision to come to complete fruition unless results are immediate and sustained, which in today’s landscape is a rarity.

This isn’t to say that Chelís or Torrente shouldn’t have been let go. Neither man looked like they had a grand vision for their club other than “stay within your budget and don’t get relegated,” which doesn’t exactly scream long-term institutional success. This should however serve as a cursory warning for managers looking to take over those positions. Unless you think you can get immediate success with the infrastructure and players in place, don’t let the dust gather on your résumé.

But is this a way to build a club? Puebla and Morelia both have nice stadiums, passionate fan bases, and decent enough academies where it’s not out of the realm of possibility to imagine the right person could come in and given a year or so turn one of the clubs into a perennial Liguilla semifinalist.

Puebla and Morelia both will probably sign a manager within the next couple of weeks who will be expected to ride out the rest of this season with an expectation of turning it around next season. Most likely, however it will be a name from a handful of managers that have already gone through this process without improving any of the institutions they were with previously in a marked way. That’s not to say that anyone who has ever coached before should be rejected out of hand, but teams should honestly look at what a coach will bring to an organization as a whole. Perhaps even more importantly they should be willing to put up with a losing season or two if that means a clear, well executed vision going forward.

Puebla 0, Pachuca 4: A dismal showing from Puebla that saw manager José “El Chelís” Sánchez fired the next day. Víctor “Pocho” Guzmán got the scoring started in the sixth minute when he was able to blow by two Puebla defenders to get on the end of a pass and tap it past goalkeeper Nicolás Vikonis. Referee Óscar Macías called for a penalty in favor of Puebla in the 18th minute and VAR upheld it, but Daniel Arreola’s attempt was read all the way by Rodrigo Rey and stopped cold. Macías would show Jorge “Burrito” Hernández a red card in the 28th minute but would rescind the card after consulting VAR. Just before the whistle blew to end the half, Puebla was exposed deep defensively and Jonathan Copete got the ball all alone in the box. Vikonis would make a brilliant save on Copete at close range, but the rebound wound up going to Burrito who hit a rocket from distance that Vikonis had no shot at getting to. In the 54th minute, Romario Ibarra would find himself with the ball and plenty of space on a counterattack. Ibarra fired a rocket into the top of the net to give the visitors a 3-0 lead at that point. In the 75th minute Rubens Sambueza would pick out a pass to Luis Chávez in the box, and Chávez would hit a shot that beat Vikonis to complete the rout.

Atlas 1, Cruz Azul 3: As good as Atlas has looked and as poor as Cruz Azul has looked going into this match, you would be forgiven for thinking that it would be an easy win for the home side. Cruz Azul played tough, determined soccer though to come away with the 3-1 lead. The game was fairly even until the 25th minute when Orbelín Pineda was played in on goalkeeper Camilo Vargas, who was almost out of the box by the time Pineda got his shot off. Vargas wasn’t able to stop Pineda’s shot, and Cruz Azul were up one. Deep into stoppage time near the end of the first half, Adrián Aldrete hit a free kick into the box where it found the head of Milton Caraglio and beat Vargas for the visitor’s second goal of the evening. A long-time Atlas player, Caraglio restrained himself when his new teammates hugged him in celebration. Immediately after the start of the second half, a penalty was awarded to Cruz Azul when Martín Nervo brought down Edgar Mendez in the box from behind. Caraglio stepped up and hit the penalty to put his new team up 3-0 on his old team. Atlas would pull one back in the 70th minute when Jorge Segura got his head on a free kick and put the ball up and over goalkeeper Jesús Corona, but it would be too little, too late for Los Zorros.

Atlético San Luis 1, Tigres UANL 1: One of the more surprising results of the week. Atleti was able to keep the bus parked until the 74th minute when Camilo Mayada was sent off for stepping on Luis Quiñones’ foot and ankle. In the 76th, Joaquín Laso suffered an indignity of an own goal but Atleti was able to level just four minutes later when he played a great give-and-go with Matías Catalán along the right wing and hit a shot that seemed to catch Nahuel Guzmán unprepared.

León 4, Guadalajara 3: An instant classic as León outlasts Chivas. Chivas started the game out strong but it was León who got on the board first when José Juan “JJ” Macías converted a penalty in the 18th minute. Chivas would draw one back in the 38th minute when Alan Pulido hit a long-range shot that skipped in past goalkeeper Rodolfo Cota. León would re-take the lead just before the half when Jean Menenses found a wide-open Ángel Mena for a header past Antonio “Toño” Rodríguez. In the 61st minute, León would get another penalty when Mena hit a shot in the area that Jesús Molina’s outstretched arm. JJ Macías would convert for his second of the evening. In the 71st, León would extend the lead when Yairo Moreno beat the offside trap, ran down the left flank, and hit a bullet past Toño Rodríguez. Chivas would pull one back in the 78th on a penalty of their own when Ramiro González ran through Pulido in the box. Pulido would convert the chance for his second of the night to draw Chivas back within two. Ernesto Vega got to Antonio Briseño’s header and beat a prone Cota deep into stoppage time, but it wouldn’t be enough as León held on for the win.

América 1, Morelia 0: A gritty win where América didn’t play their best, but a win nonetheless. Morelia committed nine fouls in the first half alone but was able to keep América off of the board until the 80th minute when Nicolás Benedetti combined with Henry Martín to get free in the box and hit a shot past Sebastián Sosa for the game winner. Morelia would also dismiss manager Javier Torrente after the match.

Monterrey 2, Toluca 0: While the result was expected, Monterrey really struggled against Toluca. The visitors were holding their own until the 21st minute when Miguel Layún hit a free kick that goalkeeper Alfredo Talavera seemed to be expecting to be tipped by Rogelio Funes Mori. It wasn’t, and Rayados were up. Monterrey would seem to sit back a bit and didn’t look as aggressive as they normally do, but they would still get one more goal before the end of the night when Nico Sánchez got his head on a free kick and redirected it past Talavera for the insurance goal.

UNAM Pumas 2, Veracruz 0: It’s now 31 straight without a win for Los Tiburones Rojos as they fall 2-0 to Pumas at CU. Pumas didn’t play particularly well, but they did well enough to get an important win. Ignacio “Nacho” Malcorra put the hosts on the board in the 62nd minute on a stunning free kick that goalkeeper Sebastián Jurado just couldn’t keep out of the net. Six minutes later, Jeison Angulo would get a goal of his own when he was left completely unattended in front of the goal, got a pass from Carlos González, and fired a shot off of the hands of the diving Jurado.

Necaxa 3, Santos Laguna 0: A shock result as the previously perfect Santos goes down to Necaxa, whose only other win this season was against lowly Veracruz. Santos played well, but had two free kicks ricochet off of the cross bar as well as two goals annulled. Maximiliano Salas hit a rocket from about 25 yards out that beat goalkeeper Jonathan Orozco inside of the far post in the 53rd minute. In the 64th minute, Salas would get his second when he was left all alone in the box and a header off of a free kick found its way to his feet. Mauro Quiroga would get one more for the hosts in stoppage time when he got his head on a corner kick and put it past Orozco.

Juárez 0, Querétaro 2: Juárez went down a player in the sixth minute when Ángelo Sagal was shown a red card for a foul on Jesús Escoboza. Juárez parked the bus and was able to keep Querétaro at bay until the 83rd minute when Jordi Cortizo hit a beautiful arcing shot from the top of the box that hit off of the crossbar. The rebound went to Enrique Triverio, who corralled it and put it past Edmundo Vázquez Mellado. Two minutes later Ayron Del Valle would double the lead when he hit a shot in the box that beat Vázquez Mellado.