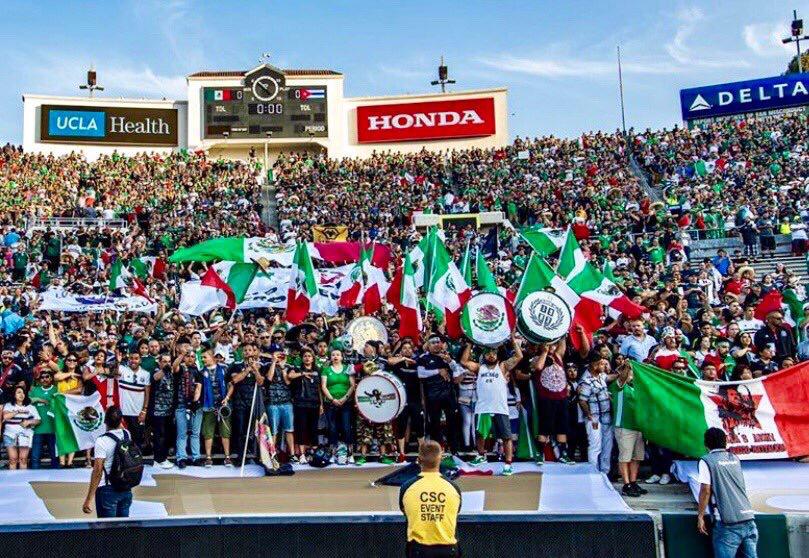 After a summer riddled with constant debates regarding what to do about “the chant,” Mexico National Team supporter group, Pancho Villa’s Army, declared its section a “NO ‘PU&$ CHANT’ ZONE” in an Open Letter on Friday.

The chant ban will be part of a clause inserted into the groups’ membership rules, code of conduct and will also be included in the ticket purchasing pages of the groups’ official website.

Sergio Tristan, founder of Pancho Villa’s Army, spoke about coming to this decision in the published letter, stating, “The Army attended eight games in less than 45 days and capped it all off with the Gold Cup final win in Chicago over our arch rival. However, I am a firm believer that no organization can simply sit back on its success; personal growth does not come to those that simply laud their accomplishments without trying to improve themselves and their community.”

The chant has now become synonymous with Mexico games and is a scene all too common at matches. As the opposing side’s goalkeeper begins his run towards the ball, fans can be seen spreading their arms in the air, wiggling their fingers in anticipation of his eventual free-kick and eagerly and loudly yelling the anti-gay slur when he finally kicks it.

The chant’s popularity decreased during last year’s World Cup tournament in Russia following several fines from FIFA and the Mexican federation’s efforts to educate fans through various campaigns leading up to the matches. Throughout the tournament itself there were also warnings of Fan IDs being taken away should the chant be heard.

Since then, however, the campaigns have fizzled and fans’ opinions about its ban have diminished as well with some stating the chant is a part of the culture and its interpretation within the realms of a stadium are not meant to be homophobic; only a ruse intended solely for distracting the goalkeeper.

Still, this opinion has faced a lot of backlash for its lack of empathy and Tristan states that even PVA supporters who have already purchased tickets for the upcoming September friendlies in San Antonio but “disagree with our position or cannot abide by our request” will be given a full refund if necessary.

“For Pancho Villa’s Army, growth isn’t just about more people, it’s about the right people. It’s about people joining who wish to create an environment that feels welcoming to our LGBTQ Mexico fans. As an organization that has LGBTQ leaders and members we take this charge very seriously,” he states.

The open letter ends with Tristan explaining how he personally has been affected by the infamous chant. “In Dallas, after an Ecuador goal kick, my son pulled me down to his level and asked me ‘What does putisimo mean?’”

“Hearing his little voice say that word shook me.”

There were requests to Mexico fans to stop saying the chant leading up to the Gold Cup Final between the US and Mexico and FIFA has once again given a warning about matches being possibly being suspended in the upcoming World Cup qualifying cycle should they continue.

“We are Mexico fans! We are beloved everywhere we go! Any tournament, any event, el espíritu Mexicano siempre gana el corazón al mundo entero. We are more creative than this chant. We are better than this chant,” Tristan passionately states.

The ongoing battle for its complete abolishment continues but with supporter groups like Pancho Villa’s Army taking firm stances, all those opposed can hope more steps will be taken before further consequences are placed on the team.