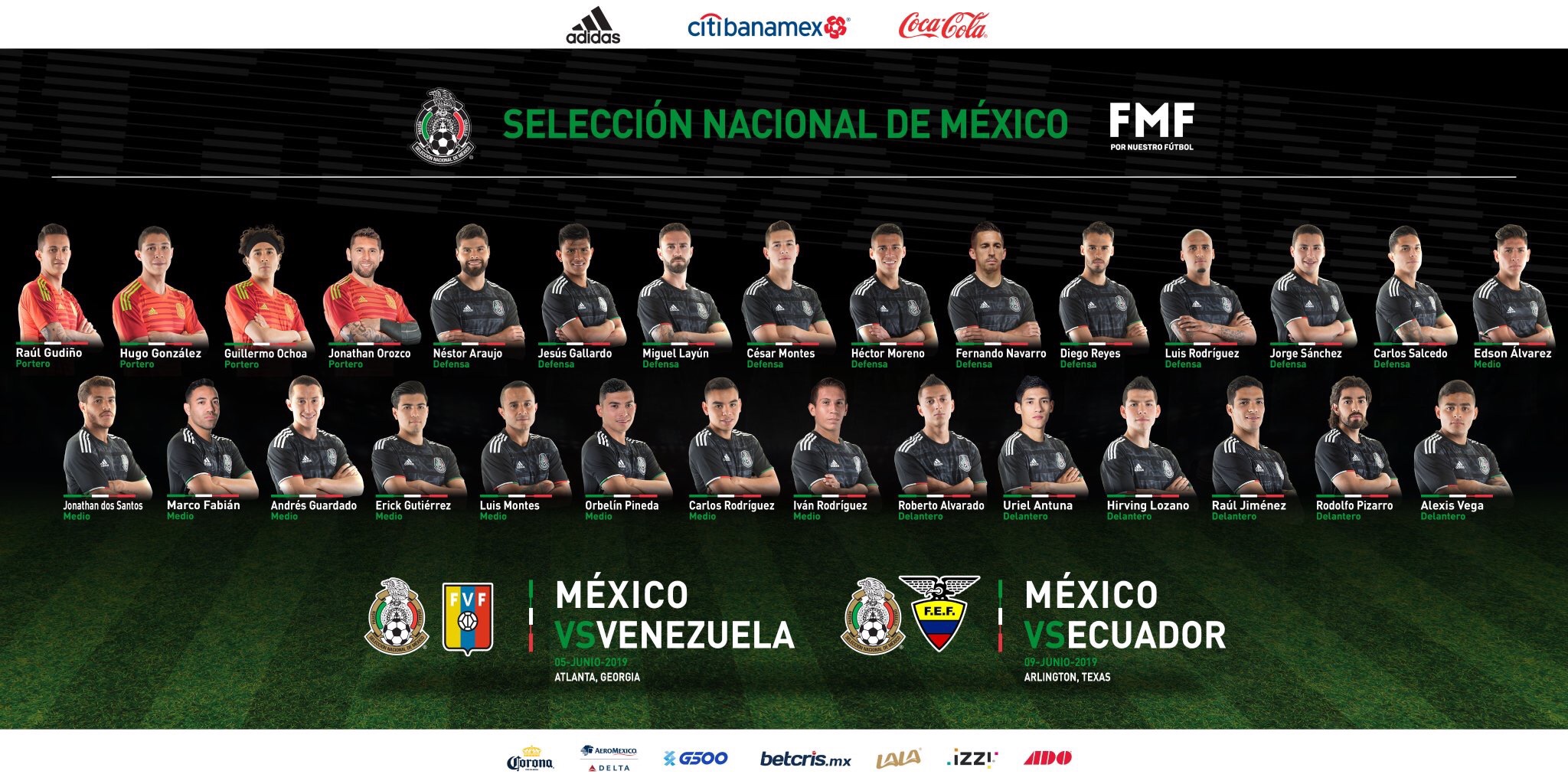 No Hector Herrera. No “Chicharito.” No “Chucky.” No Diego Lainez or “Tecatito” Corona on the wing. And certainly no Carlos Vela. In his 40-man preliminary Gold Cup list, Gerardo Martino was forced to leave out six of El Tri‘s stars from his provisional squad that he’ll take to this summer’s Gold Cup.

Each player’s exclusion from El Tri‘s list was expected for various reasons. Some, like Hirving “Chucky” Lozano, are recovering from serious injuries while others, like Javier “Chicharito” Hernandez Or Hector Herrera, withdrew for personal reasons either tied to their family or preparing for a new team. (Herrera in particular is reportedly close to a move to Atlético de Madrid.) Lozano is included in the side, but his ultimate inclusion depends on his recovery from a leg injury that cut short his Eredivisie campaign.

However, the team ‘Tata’ could take to the Gold Cup could still be very experienced, at least in Liga MX play and in Martino’s initial mini-cycle and friendly games. Besides getting lucky and getting “Chucky” Lozano healthy enough to feature in the Gold Cup, many of El Tri‘s present and potentially future Europeos feature after seasons where they played somewhat regularly and work to improve to help their teams. Several others, like Carlos Salcedo, Miguel Layún, and Marco Fabián, all will carry the experience of the high pressure games while many others may carry the familiarity of playing some under Martino’s instruction in the short time he has been manager of El Tri.

The squad appears to be balanced and somewhat versatile in ways that could help El Tri survive what the Gold Cup might throw at them should they lose potential starters due to suspension or injury. There are also only two debutants in the squad—León midfielder José Iván Rodriguez and outside defender Fernando Navarro.

The squad will almost certainly be narrowed down to the 23-man Gold Cup and may convene as the whole of the provisional squad or a reduced portion for its two June friendliest against Venezuela and Ecuador in Atlanta and Houston.

Here is the full convocactoria tbat Martino will be considering for the Gold Cup.

‘Tata’ names preliminary Gold Cup squad without many of its stars.
Mexico vs Venezuela – 2019 International Friendly Match Preview
To Top