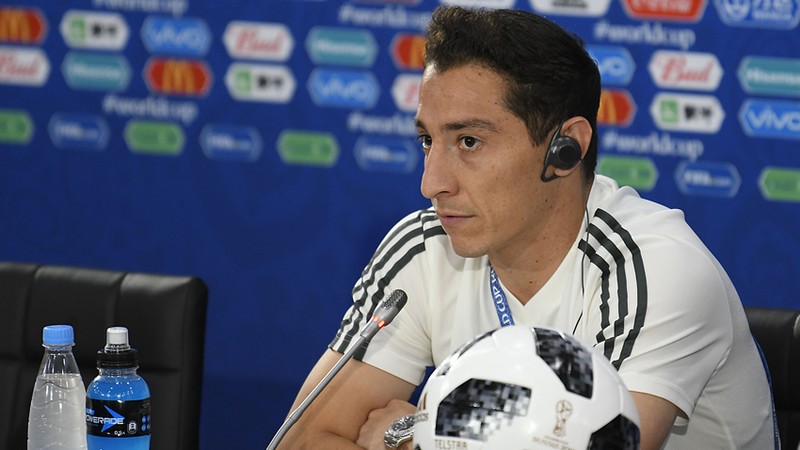 When El Tri finished off South Korea on Saturday, many hoped the result would have saw El Tri off to the Round of 16.

With a Toni Kroos free kick in Sochi, El Tri goes into its final group match against Sweden knowing that there is a combination of results that could see the team be eliminated at the group stage.

However, whether El Tri advances or not depends on them. Win or draw against the Blågult and El Tri would not only advance to the second round, but do so independently of whatever Germany does against South Korea. Should they lose the match, El Tri‘s fate could be out of their hands. (El Tri would also be through with a one goal loss.)

Fortunately for El Tri, under Juan Carlos Osorio and according to Osorio himself, the team has clarity in everything they do. They recognize when they are being hurt and react quickly to prevent the bleeding in defense (or goalkeeping). They can be individualistic when they sense the opportunity, and be patient and systematic and adapt to exploit the weaknesses of their opponent.

The results so far have been historic. El Tri has won its first two games in a World Cup for only the second time in its history and has the opportunity to earn a 100% record in its group for the first time ever. But captain Andres Guardado is aware that, despite the praise, the team’s goals have yet to be reached.

“It was something that was talked about that we could not sin with the usual.” Guardado explained in the post-match press conference after his side’s victory against South Korea, “We knew it was a constant problem in other competitions and as I said not only we came to beat Germany we wanted much more and the group is aware of that.”

And in prior interviews, Osorio acknowledged that against the Daeguk Warriors, El Tri had to do more preparation and planning than they had to do against Germany because the Daeguk Warriors were not as known as Die Mannschaft were and could have lulled El Tri into thinking it was an easy game when it would turn out not to be.

Sweden could be the same. There is no obvious talisman like Zlatan Ibrahimovic in past years. But there are capable, technical, and intelligent players in a lot of roles on the team who can all can play and execute their strategies from patient possession, defensive shells and pressure, and on transition.

Manager Janne Andersson will need his side to find a way to break through what had been for El Tri a mostly impenetrable Wall. El Tri‘s reaction to take away chances from wherever in defense has made it hard for teams to plan an effective attack on them.

That does not mean that El Tri has not shown vulnerabilities in defense. Rafael Marquez’s lack of recovery pace has made him a reliability at times in the center of defense should Sweden’s playmakers, including Emil Forsberg and Oscar Hiljemark, find a way to hurt the Mexico defense through the middle. Edson Álvarez and Jesus Gallardo had their share of lapses when faced with pressure from the wings. And Hector Herrera and Hector Moreno could still face the prospect of a yellow card suspension for a booked tackle or foul on a Swedish player while on their defensive duties.

Thankfully, Sweden may not be relying as much on an individualistic, malicious approach on the attack in the same way that South Korea’s attack did. But that, as before, might still indicate El Tri is facing a team with a good collective strategy. El Tri may need to prepare for a Sweden side that takes a physical, hard tackling, foul at every opportunity approach against them in the same way South Korea did.

That could also mean that Sweden could press Mexico in their buildups and force them into mistakes that can be punished on quick transitions. It was something that the Blågult successfully used to generate chances and their goal against Germany.

Given the mistakes a number of players had made in initially recognizing gaps that might be there as a result of an interception in the wrong place or a busted pressure scheme.

El Tri can also take solace in that it has only lost once to the Blågult in the last four times they faced off. However, the only time Mexico and Sweden faced off in anything other than a friendly, El Tri lost to the Swedes by a 3-0 score, a result that came during the 1958 FIFA World Cup. And El Tri and Sweden had not met in any match since 2009.

And so, Sweden might not be as familiar if opponent as many would have imagined, given Mexico had employed a Swedish manager from 2008 to 2009.

The match kicks off from Central Stadium in Yekaterinburg at 10:00 AM EDT (UTC -4) and can be seen on Telemundo and Fox in the United States and Azteca 7, Canal 5, and TDN in Mexico.