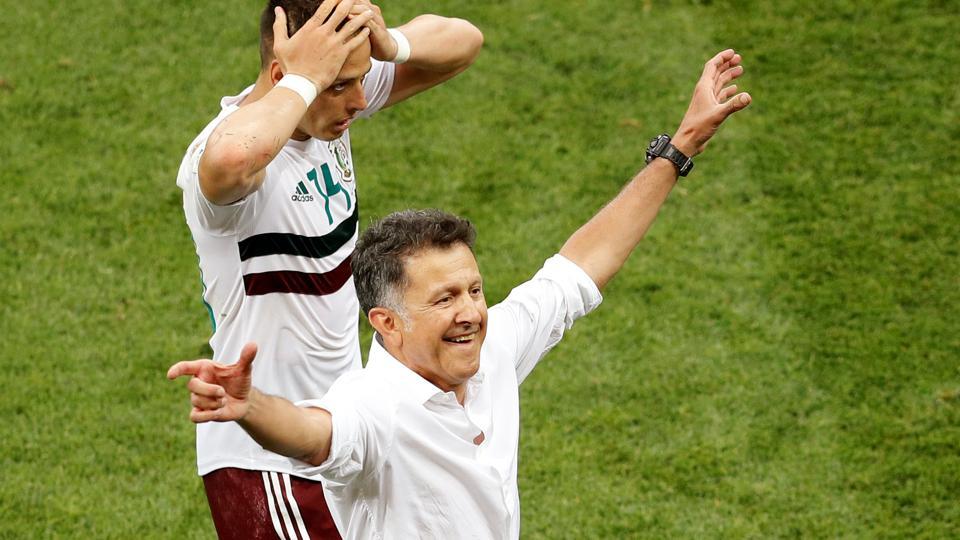 Mexico made it two wins from two at the 2018 World Cup, beating the Republic of Korea by two goals to one in Rostov-on-Don. FutMexNation’s Tom Harrison offers his tactical analysis of the latest El Tri victory.

Juan Carlos Osorio has often set-up Mexico in a flexible system during his time in charge, with the defensive line regularly shifting between a line of three and four.

We saw this approach again against Korea. Mexico adopted a 4-2-3-1 out of possession, but right-back Edson Álvarez shifted across to form a back-three when Mexico had the ball, giving numerical superiority if Korea pressed with two forwards, and three defenders to cover any counter attacks. 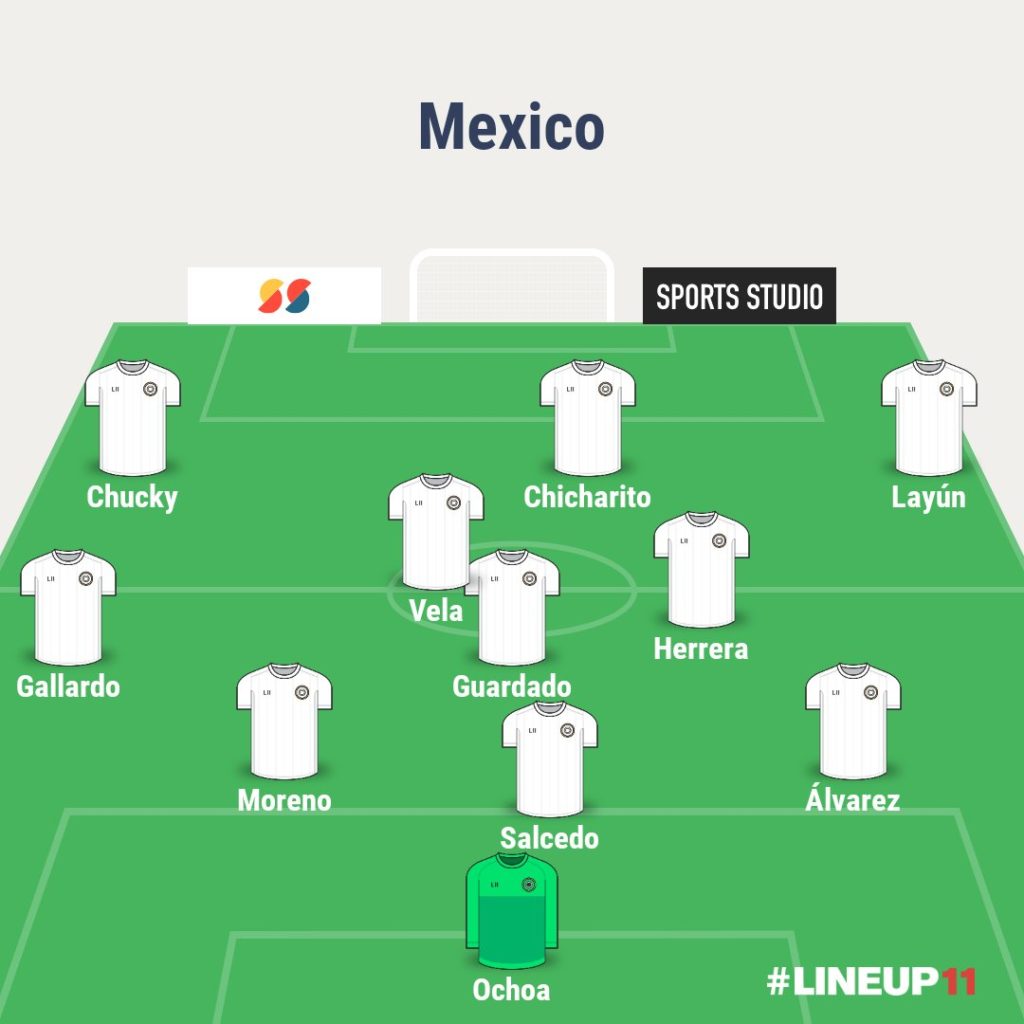 Flexibility was also seen in Mexico’s midfield. When playing out from the back, one of Andrés Guardado, Héctor Herrera or Carlos Vela was on hand to drop deeper and try to get on the ball. Guardado was usually seen fulfilling this role, but there was plenty of positional rotation between the three as Herrera and even Vela were spotted as the deepest-lying of the trio.

Vela had an excellent game overall. Roaming across the pitch vertically and horizontally in a free role, he attempted to create space and numerical superiority. As well as his penalty, the LAFC attacker completed all four dribble attempts, was fouled on five occasions and played three key passes.

Often the flexibility of Osorio’s tactics has resulted in a lack of understanding within the Mexico defence, leading to major defensive concerns during transitions. Here, El Tri weren’t outstanding from a defensive perspective, often relying on impressive last-ditch defending, but it was an improvement on some of the previous defensive displays under Osorio.

With Korea pushing more players forward, Herrera won possession on the left-side of midfield and the Koreans were caught with just one player protecting the space in front of their two centre-backs.

Hirving “Chucky” Lozano used his speed with the ball at his feet to drive past the covering defender. With Javier Hernández and Carlos Vela in support on either side, Chucky was presented with a three v two situation. 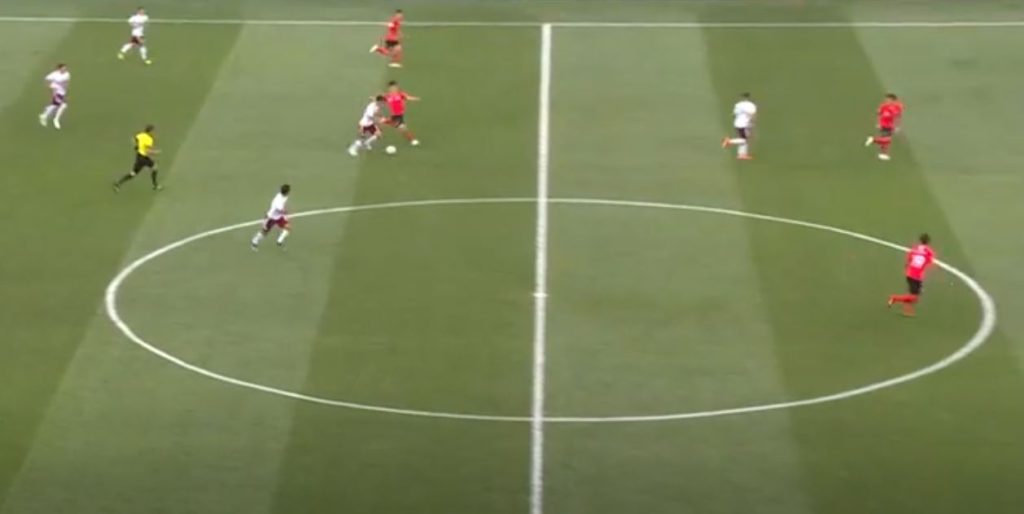 Lozano faced just a single defender in front of Korea’s two centre-backs on this counter-attack. Beating this defender led to a three v two, which Mexico successfully exploited

Lozano elected to play to Chicharito on his left, who cut inside, and saw his slightly scuffed effort end up in the back of the net – his 50th Mexico goal.

This wasn’t Chucky’s only significant impact on the match. Lozano impressed defensively for the second game running, making a crucial block and an important slide tackle in the first-half. The energy, desire and awareness that Chucky has brought to this World Cup, both in and out of possession, is highly impressive.

When the Republic of Korea were able to break-down Mexico’s defence and manage attempts on goal, El Tri’s centre-backs produced excellent emergency defending. Nine of Korea’s 17 shots were blocked, compared to just one of Mexico’s 13.

Tottenham’s Heung-Min Son was superb in Rostov, using his pace, direct running, technical ability and intelligence to cause plenty of problems for Mexico’s back-line. Son did score a stunning goal late on, but saw four of his other attempts blocked.

Juan Carlos Osorio must be aware that Mexico lost control and cohesion when substitutions were made towards the end of the match, but the Colombian coach saw his side hold on for a massive win. With six points from six, there’s plenty for Osorio and Mexico fans to be happy about. A place in the last-16 looms, and with their counter-attacking threat, El Tri have the potential to cause another major upset. Perhaps Mexico will finally make it to that fabled ‘quinto partido’- fans are daring dream.